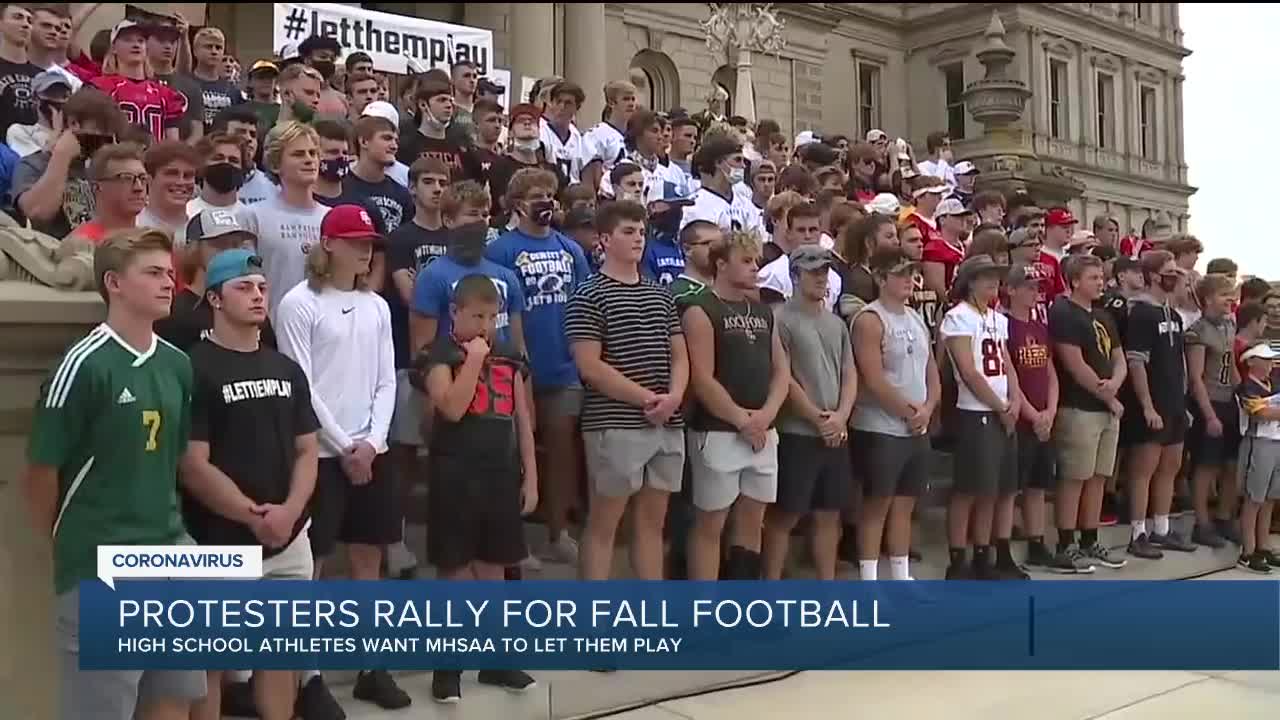 Those who are calling for high school sports competitions to resume this fall in Michigan gathered at the State Capitol on Friday for a rally. 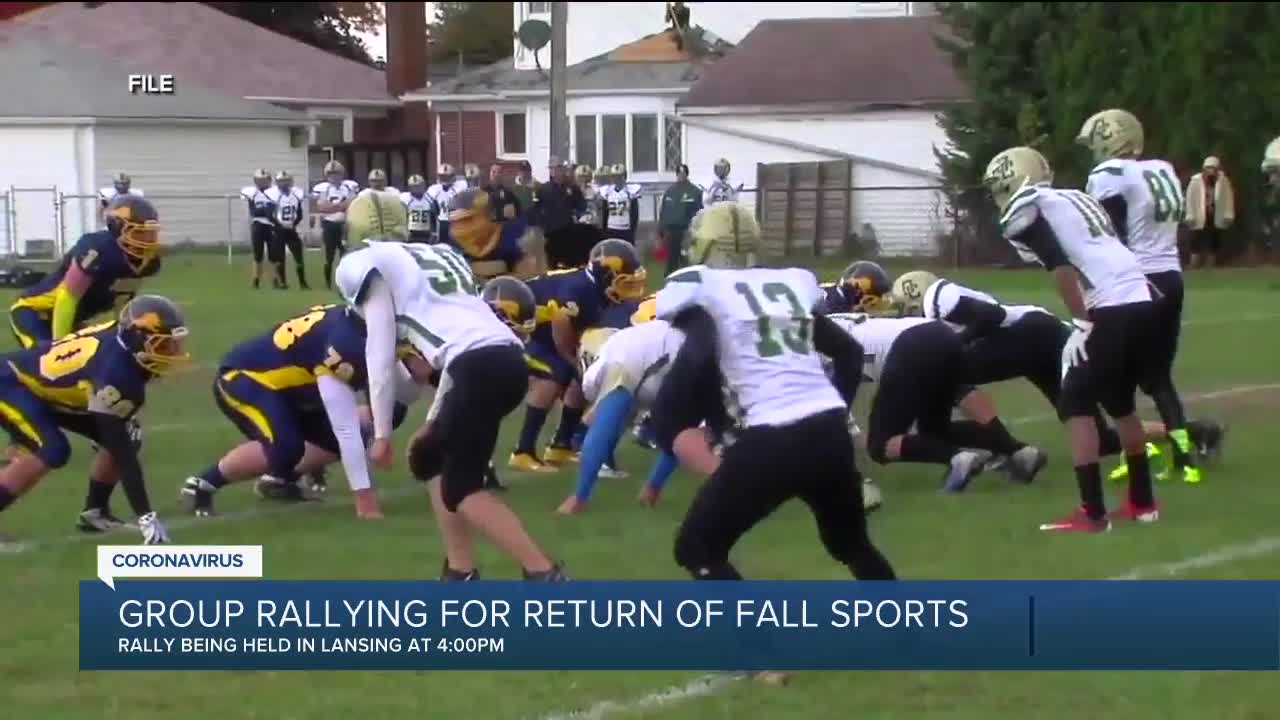 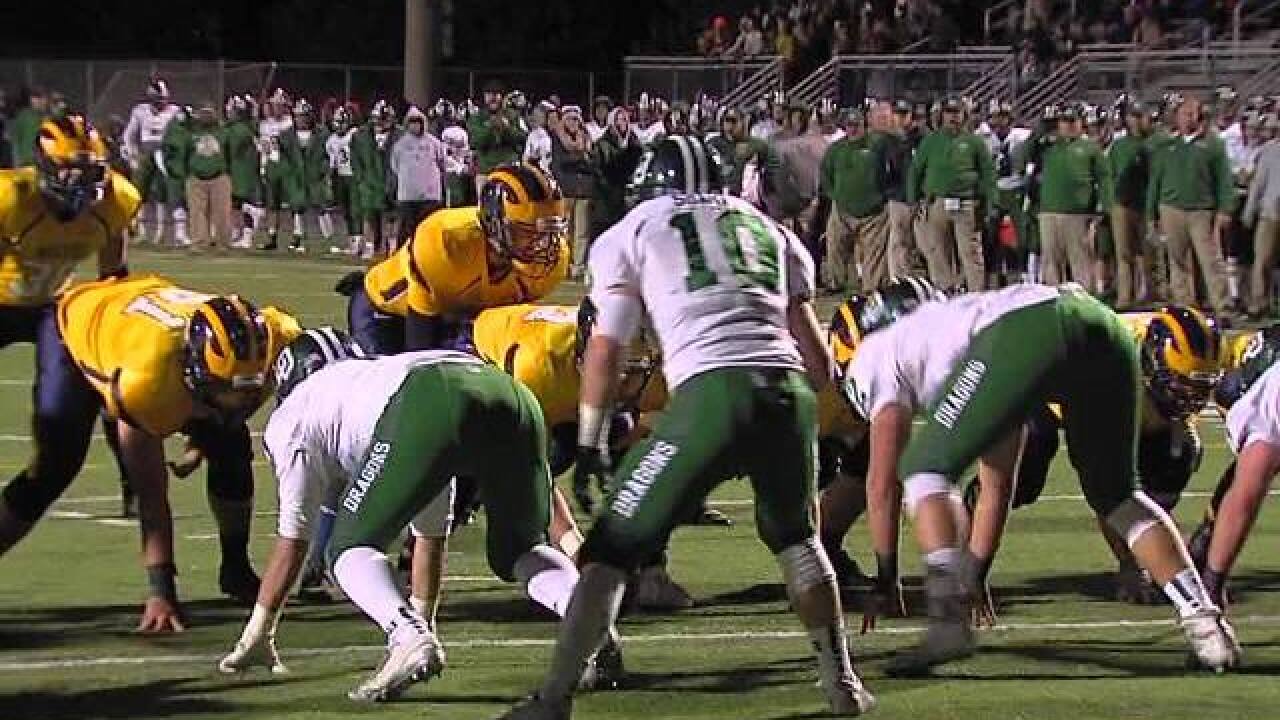 (WXYZ) — Those who are calling for high school sports competitions to resume this fall in Michigan gathered at the State Capitol on Friday for a rally.

#LetThemPlay, a high school athletic support organization, plans to address the "importance of high school sports to the youth of our community."

“Us moms and dads and coaches, we want what’s best for our kids," said Jayme McElvany, mother of a high school football player.

Since we first spoke to the parent back on Aug. 18, @MHSAA announced that competition for girls volleyball, boys soccer and girls swimming & diving could resume in Northern Michigan & UP. Football still postponed until spring. MORE: https://t.co/RhvfXxGvYt @wxyzdetroit

Mother of a Milan varsity football player, Jayme McElvany says that means making sure her son can suit up this fall.

The Michigan High School Athletic Association announced this month that the fall football season will move to spring, due to the sport's higher risk for spreading COVID-19.

McElvany started a change.org petition — calling for the decision to be reversed. She feels there wasn’t enough input from parents and coaches. It now has close to 16,000 signatures.

“Milan was so good last year, and they were expecting to be just as good this year. And it as his turn to shine. It was his turn to lead the team," McElvany said.

MHSAA Executive Director Mark Uyl said there is just too much uncertainty and too many unknowns to play football this fall.

In response, the MHSAA released a statement, saying in part:

“…we understand the disappointment over not playing this fall. But we are focused on preparing opportunities for our football athletes to remain engaged over these next few months and then have a worthwhile competitive opportunity next spring.”

According to the CDC, sports that involve full competition between teams from different areas, which would include football, poses a high risk of spreading the virus.

“Now are kids are going to be sitting inside, bored, trying to find something to do," said McElvany.

Just a couple of weeks ago, a varsity football player in Howell was believed to have been exposed to the virus — the school telling 7 Action News that is believed to be an isolated case.

And this summer, health officials have reported spikes in cases of COVID-19 in young people around Southeast Michigan from large gatherings.

These parents feel proper precautions can be taken and despite the risk, they want their kids to play.

The rally will be held at the Capitol from 4 to 7 p.m.