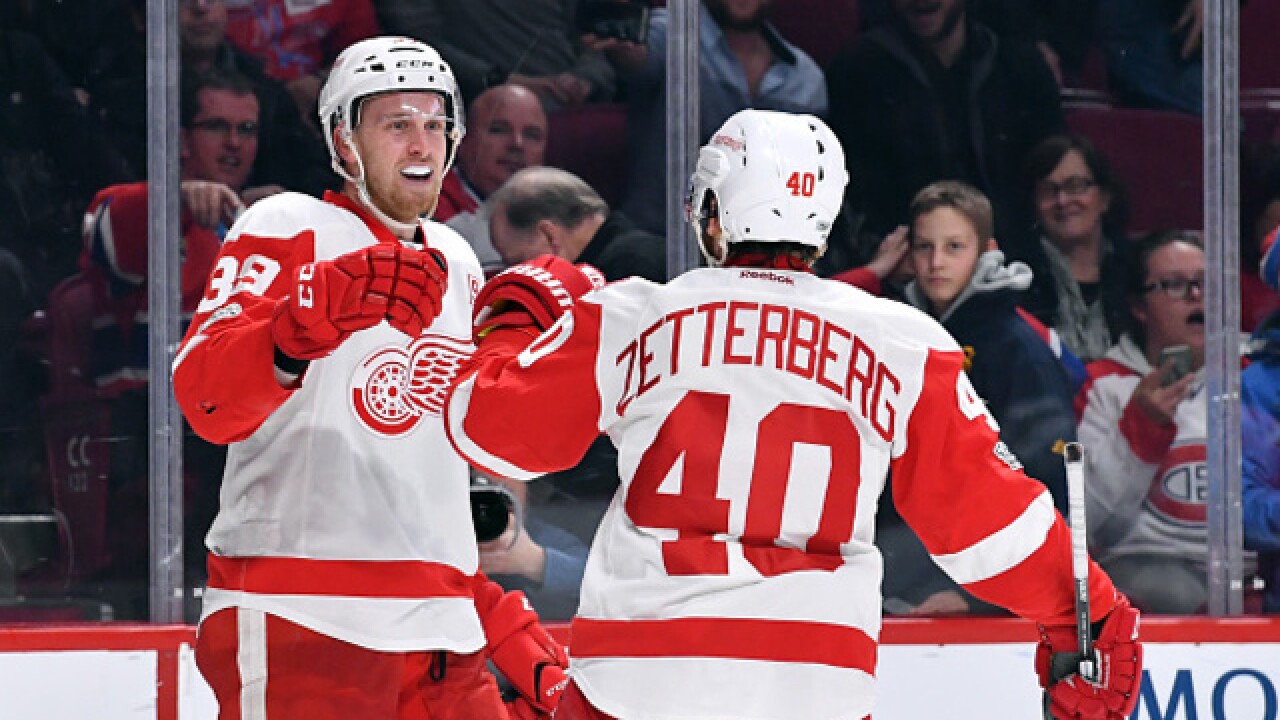 The Detroit Red Wings have unveiled their entire 2017-18 NHL schedule after it was announced Thursday that they would open up Little Caesars Arena against the Minnesota Wild on Thursday, Oct. 5.

The schedule will feature two games against the Stanley Cup Champion Pittsburgh Penguins, including the return of the New Year's Eve game, as well as one home game against the runner up Nashville Predators.

Their Original 6 rival, the Chicago Blackhawks, will also make their first stop at Little Caesars Arena on Jan. 25. It is the only one of the season.

Other special games include Halloween night against the Arizona Coyotes, where they have won the last four Halloween games.

Check out the entire schedule below.