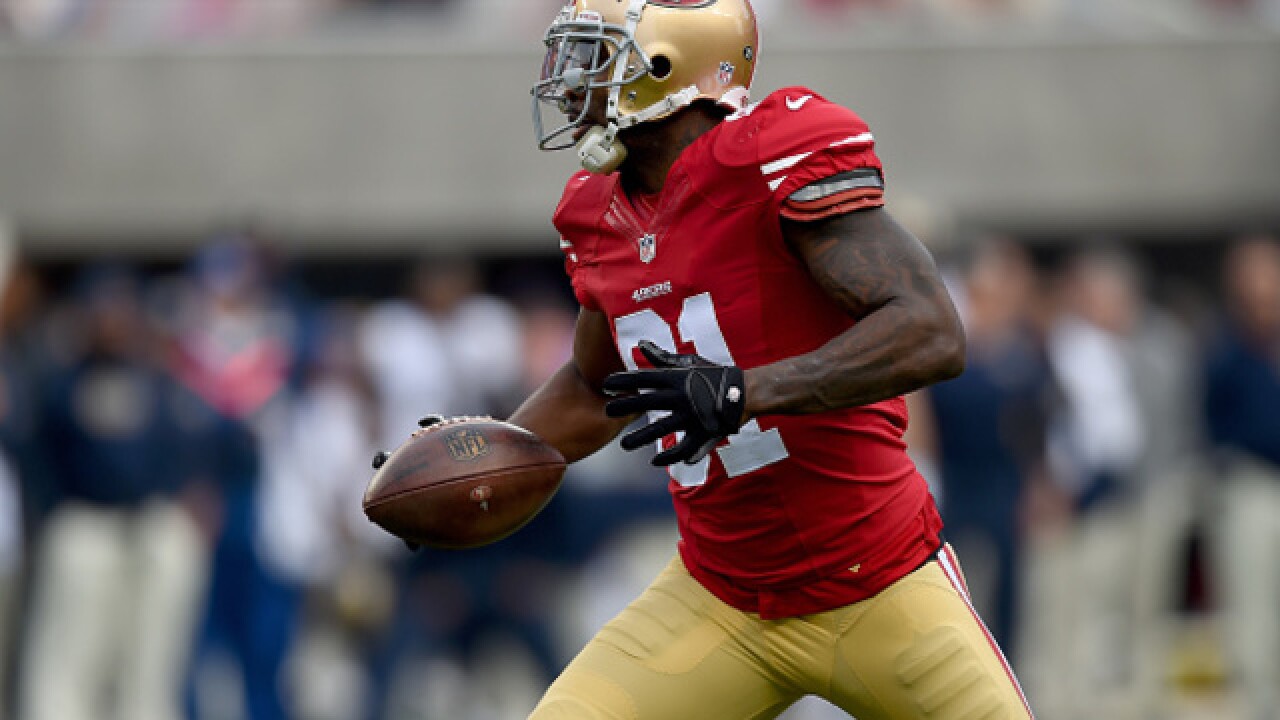 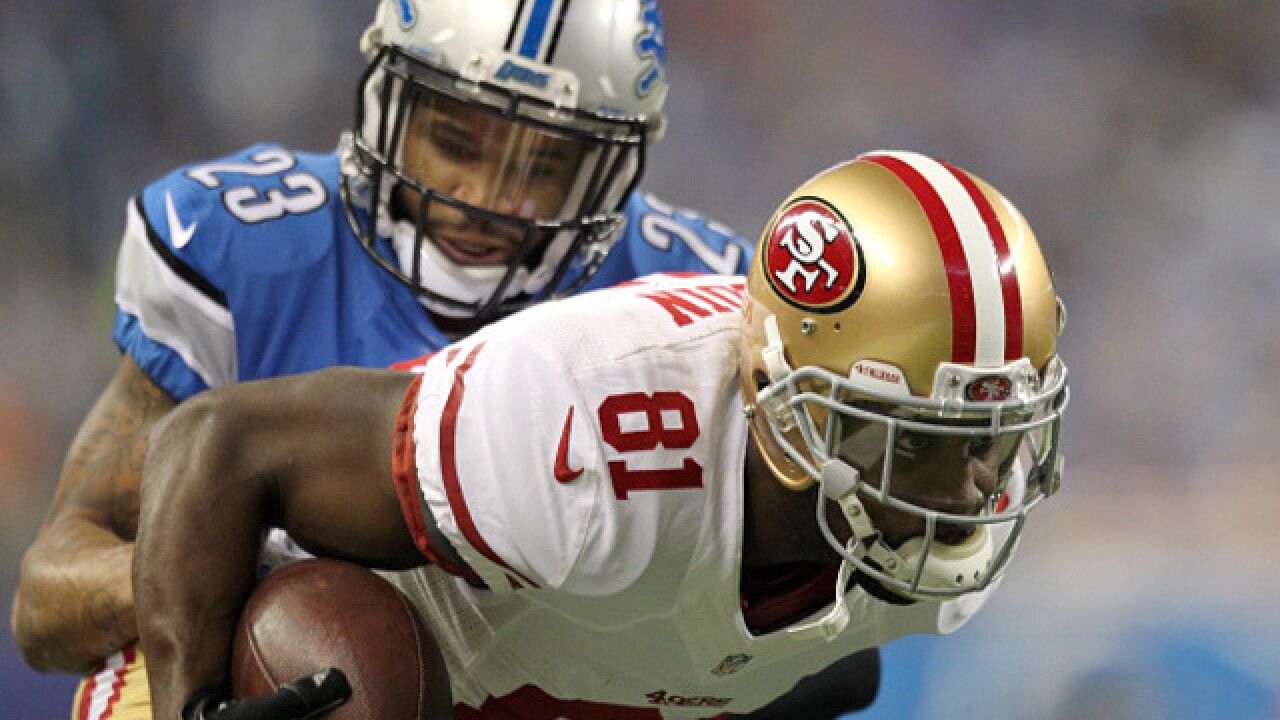 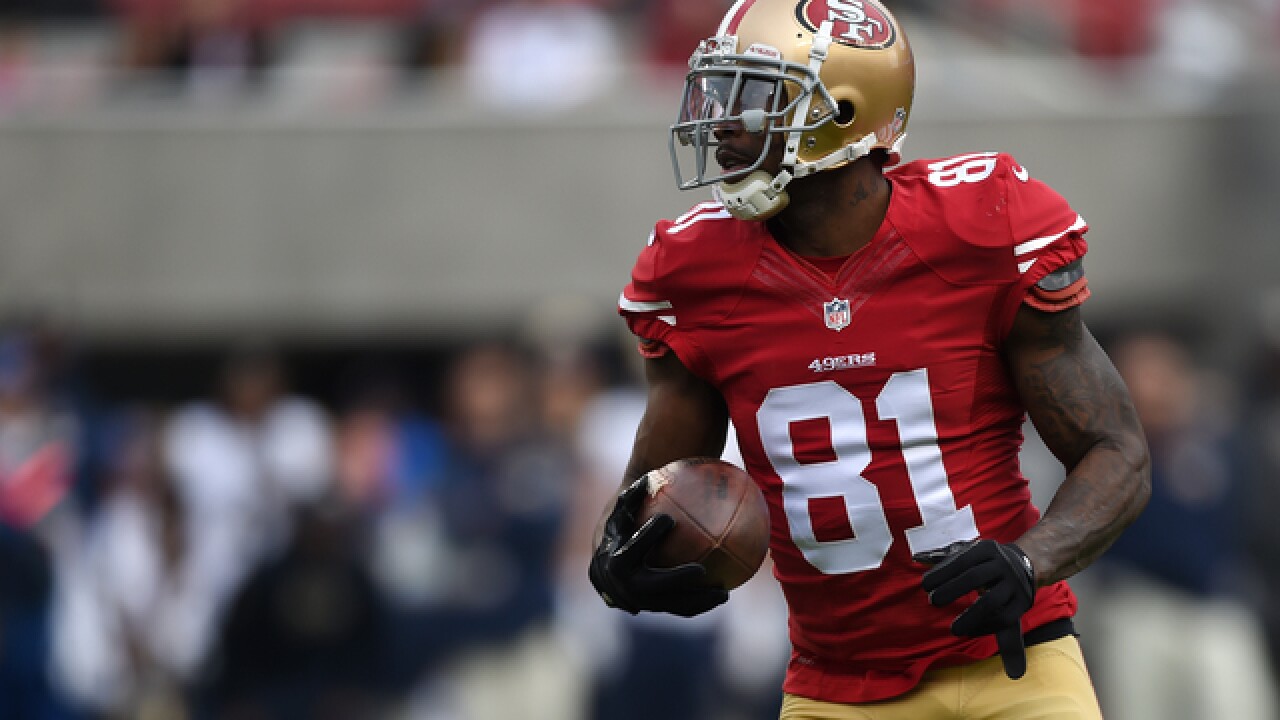 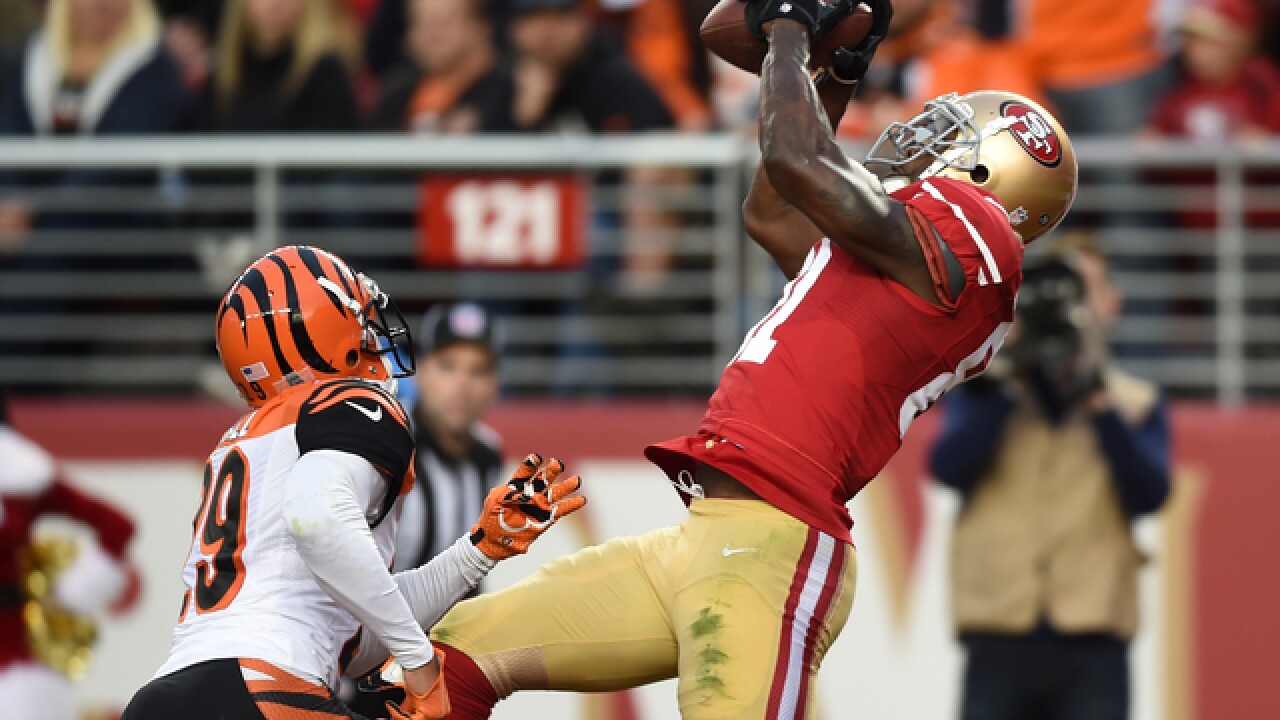 By: Larry Lage, AP Sports Writer
Posted at 2:22 PM, Jul 26, 2016
ALLEN PARK, Mich. (AP) -- The Detroit Lions made a series of moves in the wake of Calvin Johnson's retirement, signing one of the best receivers available at the start of free agency and another one a day before their first practice.
Detroit added depth to a position led by Golden Tate and depleted by Johnson's departure by signing Anquan Boldin on Thursday just before opening training camp. The Lions signed Marvin Jones to a five-year contract days after Johnson left the league and Lions in March.
In between those two transactions, they added veterans Jeremy Kerley and Andre Caldwell. They also plan on giving young returning players such as TJ Jones and Corey Fuller a chance to catch more passes in an offense that will no longer be designed to throw the ball to Johnson early and often.
"Your team is going to change somewhat in April about 30 percent," Detroit coach Jim Caldwell said. "Some of it's going to be easy transitions and some of it's going to be difficult. But our job is to overcome any tough situations that we may face."
The Lions won't face defenses for the first time in a decade set up to slow down the 6-foot-5 Johnson, whose size, speed and athletic ability helped him set league records.
"Post Calvin, it's different obviously," Matthew Stafford acknowledged. "Calvin's a Hall of Fame-type receiver. Just the physicality of a 6-foot-5, 235 pounder, you don't have that anymore. But we've got a lot of talented players. Some old, some young, some right in the middle of their prime of their career.
"So, I think we're in a good place."
Boldin was in a place, looking to extend his career, after a solid season with the San Francisco 49ers.
He ranks among the NFL's top 20 with 1,009 catches and 13,195 yards receiving. He has scored 75 touchdowns and started 182 games with Arizona, Baltimore and San Francisco over his 13-year career.
The 35-year-old Boldin started 13 games last season with the 49ers, making 69 catches for 789 yards after averaging 84 receptions the previous two seasons. In Boldin's last season with the Ravens in 2012, Caldwell closed the Super Bowl-winning season as his offensive coordinator.
"He's maybe one of the best competitors I've ever been around in terms of just flat out competing against individuals on game day," Caldwell said. "He's just had a knack of setting a great tone. He fights for the ball. He makes tough catches."
Bob Quinn had a tough decision to make in his first weeks on the job as a first-time general manager with the Lions, figuring out whether the franchise should keep Caldwell for a third season and an 18-14 record or find someone else to coach.
Quinn, who worked for the New England Patriots the previous 16 years, chose to stick with Caldwell.
And for that, Caldwell is thankful.
"I don't take it for granted because more often than not, a change occurs in that situation," Caldwell said. "I'm appreciative of it, but also I'm going to earn it. I'll take advantage of it. We're excited about an opportunity to keep going. I'm still a young man, you know. ... In my particular case, let's not count me out yet. I got some good years ahead of me."
The Lions are coming off a 7-9 season in which they lost seven of the first eight games, leading to some executives and coaches losing their jobs. They ended the season with six wins in an eight-game stretch that helped Caldwell keep his job for at least the start of another year.
"We're going to be a better football team," Caldwell said. "We have to be."
Copyright 2016 The Associated Press. All rights reserved. This material may not be published, broadcast, rewritten or redistributed.