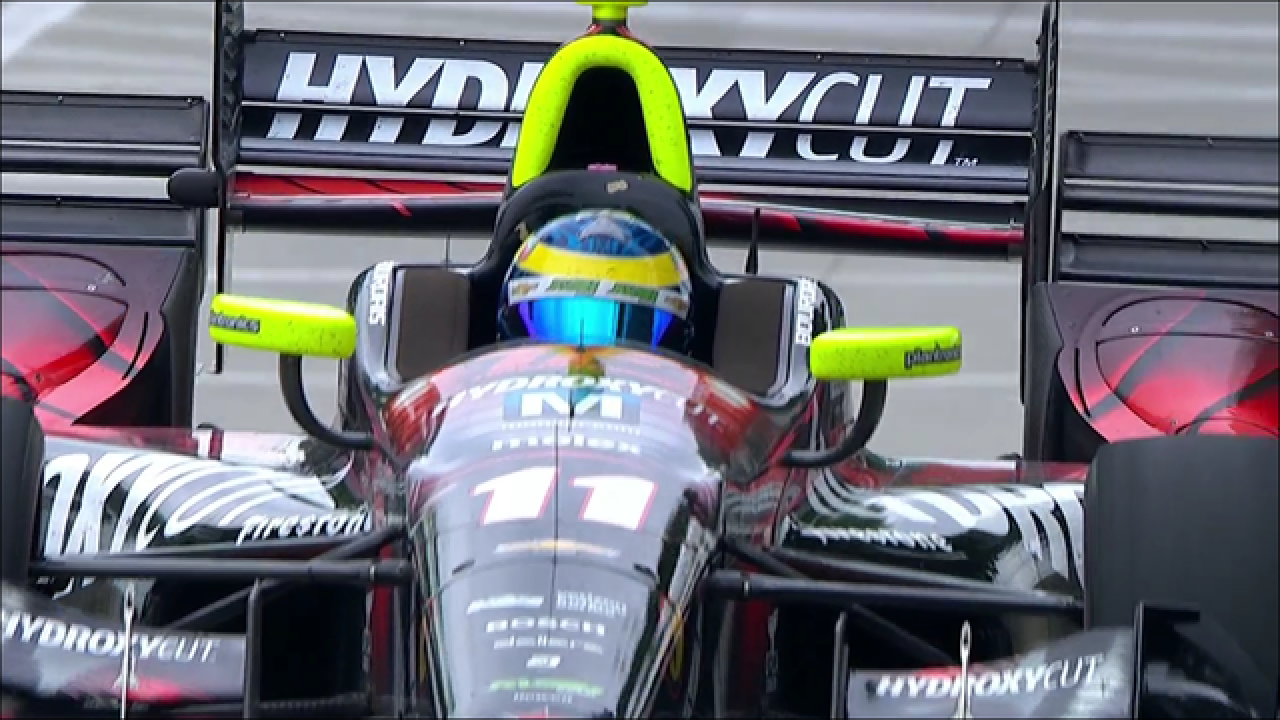 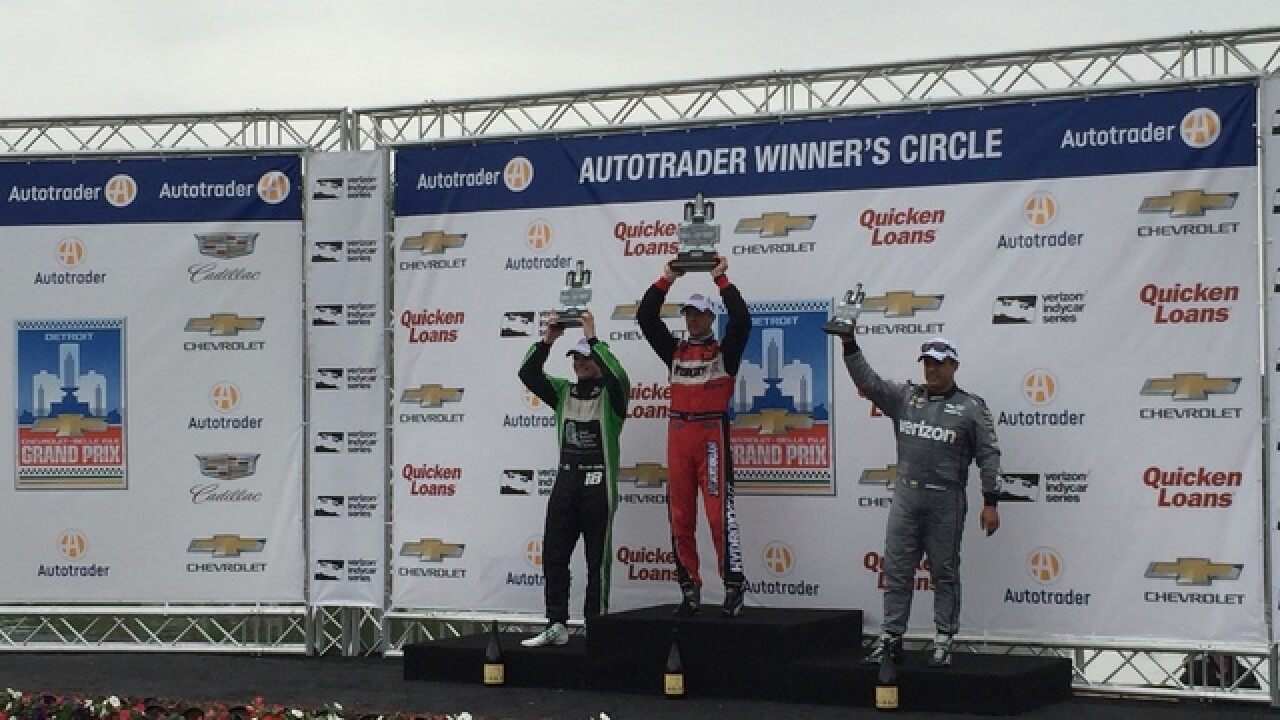 Sebastien Bourdais raced to his first IndyCar victory of the season, beating Conor Daly by 2 seconds Saturday at Belle Isle.

Bourdais had not led a single lap in any of the season's first six races, and the Frenchman hadn't finished higher than eighth. He led only 12 of the 70 laps Saturday on the 2.35-mile street course, but Bourdais was able to hold on the rest of the way after Daly made a pit stop on lap 61 and gave up the lead.

Bourdais won for the second time at Belle Isle. He took the latter half of last year's doubleheader at the Detroit course.

Bourdais won for the 35th time in his career.

When Bourdais won last year at Belle Isle, there were eight caution periods and the race was shortened to 68 laps because of a two-hour time limit. There were only two cautions Saturday, and although there were some sprinkles in the area, the rain was never all that significant.

After Juan Pablo Montoya and Scott Dixon went to pit road with about 15 laps remaining, Bourdais led briefly before making a pit stop of his own on lap 57. Bourdais was still in second after that, and he re-took the lead when Daly made his stop.

Daly had never finished higher than sixth in his career.

Pole winner Simon Pagenaud fell to 13th while trying to stretch fuel at the end. He finished first or second in each of the first five races this year before a 19th-place showing at the Indy 500. He remains atop the series standings despite falling out of the top 10 in Saturday's race. He's 59 points ahead of Helio Castroneves, who finished fifth Saturday.

Pagenaud, Castroneves and Montoya swept the top three in qualifying for Team Penske, but it was another Chevrolet — Bourdais' No. 11 for KVSH Racing — that came away with the win. Montoya finished third, with Graham Rahal in fourth.

Will Power, another Penske star, had a shifting issue with about 25 laps to go and finished 20th.

James Hinchcliffe finished 18th. The second and final caution came at lap 42 when Hinchcliffe made contact with a tire barrier.

Next up, qualifying for the second Dual in Detroit race will take place Sunday morning before the second race at 3:30 p.m. on Channel 7.