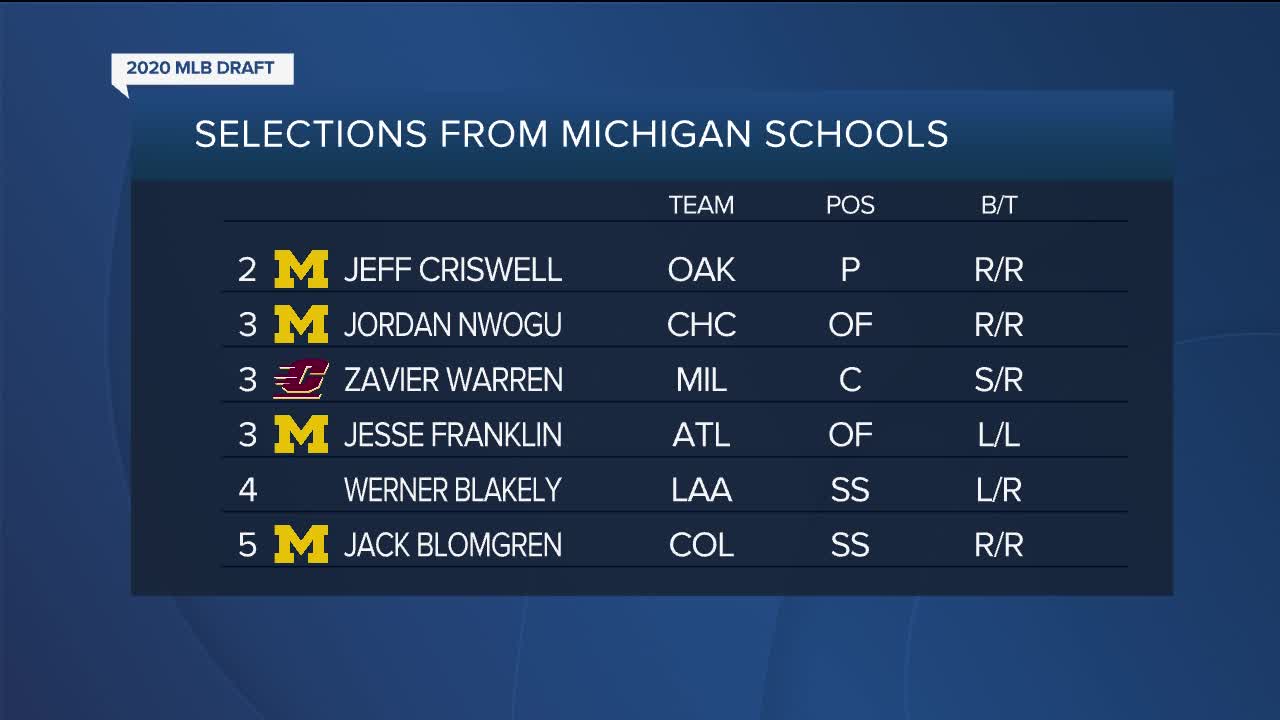 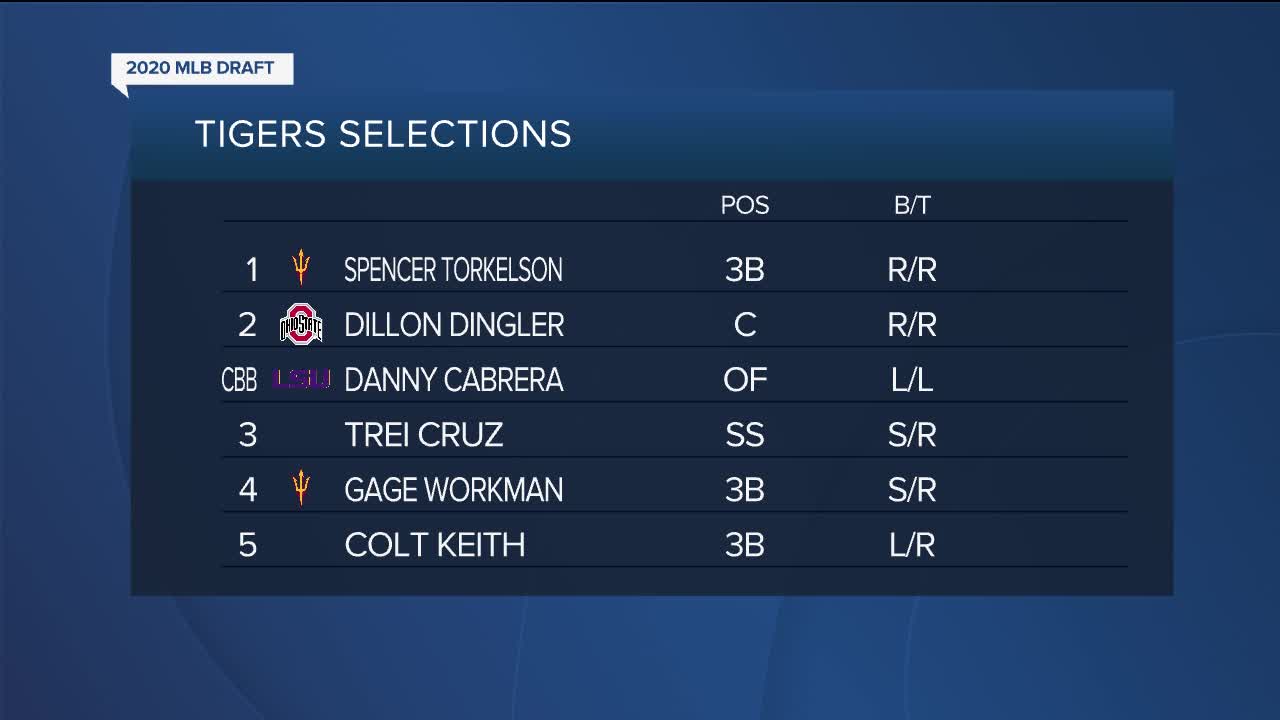 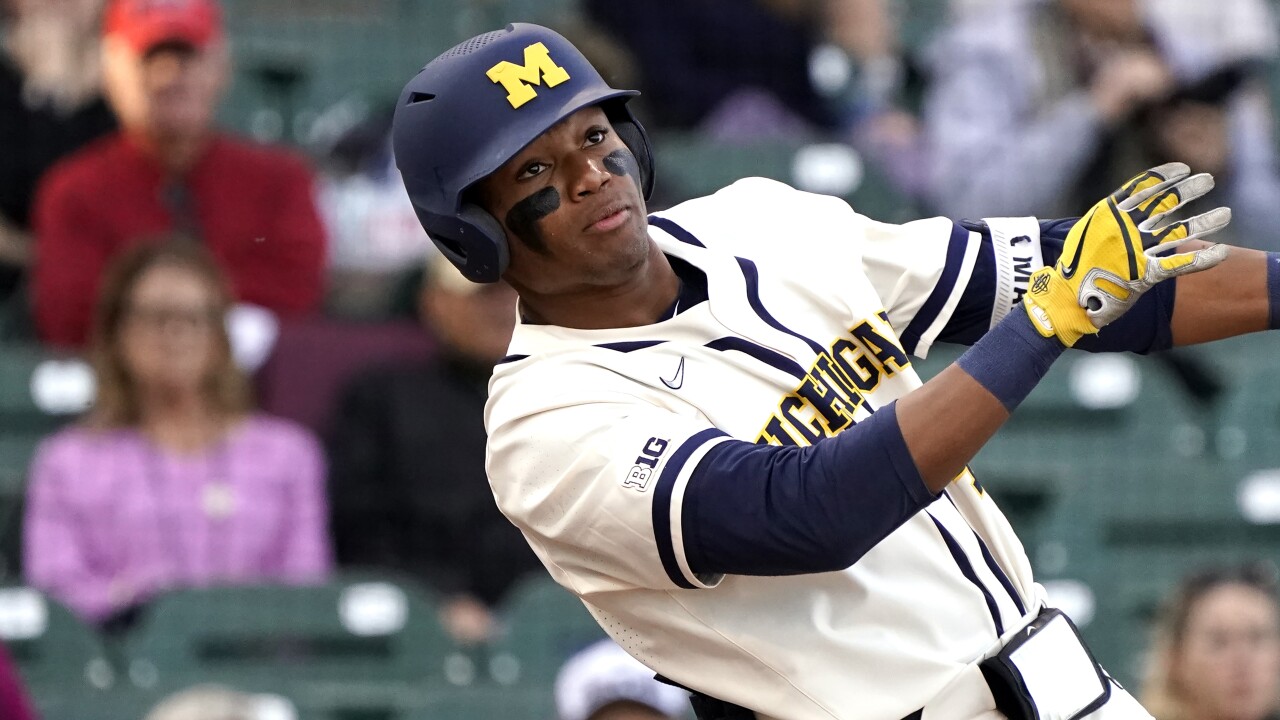 Michigan produced a handful of MLB draft picks for the second straight year.

The Athletics picked Criswell in the second round, with the No. 58 overall pick. He is a Portage Central graduate. The A's selected his dad, Brian, in the 1984 draft.

Nwogu, an Ann Arbor native, went to the Cubs in the third round with the No. 88 overall pick. The Braves made Franklin the 97th overall selection.

Jack Blomgren went to the Rockies in the fifth round, 140th overall.

The Padres grabbed U-M commit Owen Caissie with the 45th pick in the draft on Thursday. He is from Notre Dame Catholic in Ontario, Canada.