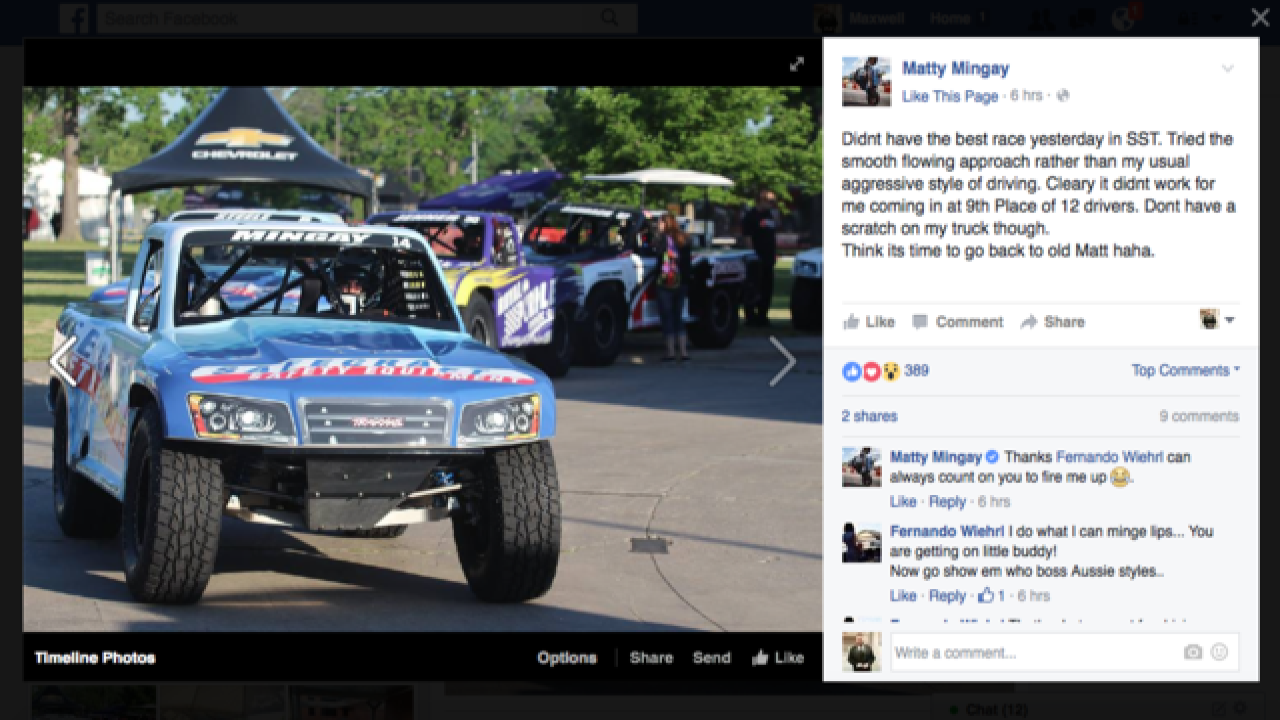 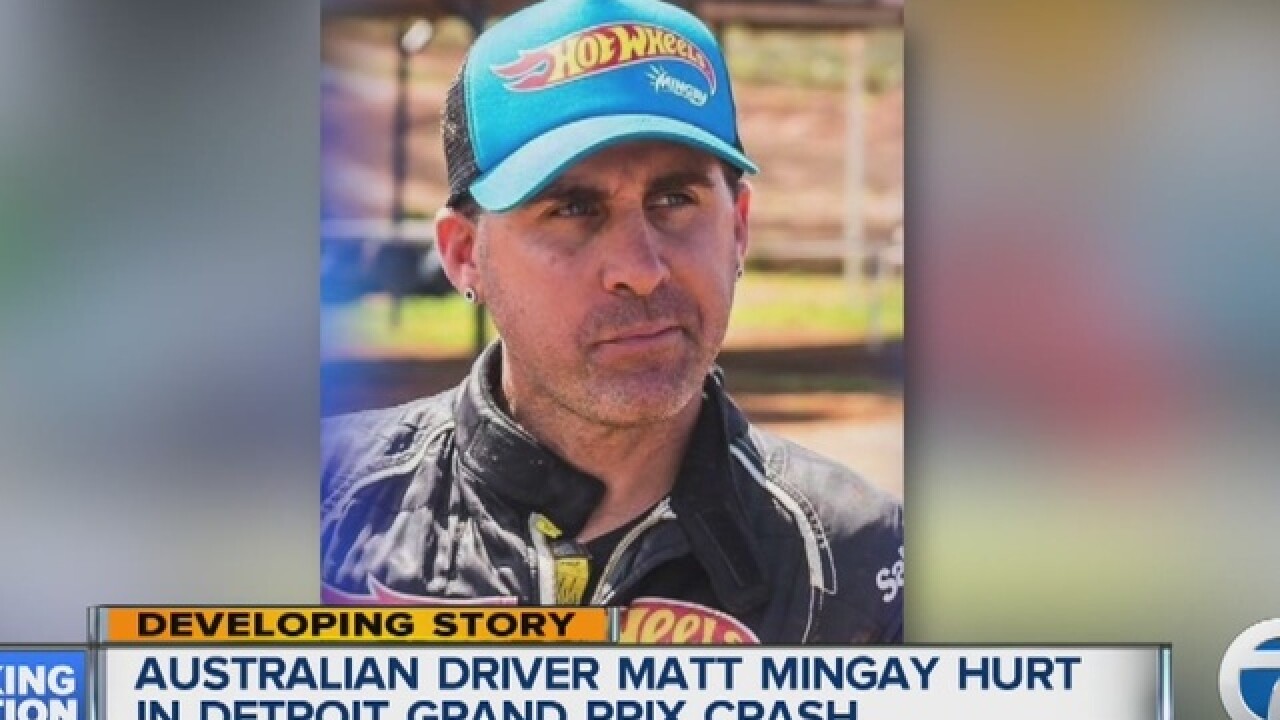 Australian driver Matt Mingay crashed during a trucks race at Belle Isle on Saturday, leaving him with facial injuries and in serious but stable condition.

In an update on Sunday, his family said he underwent surgery for the facial injuries and remains in serious but stable condition.

The Stadium Super Trucks race was one of the support races at the Detroit Belle Isle Grand Prix, which features IndyCar races Saturday and Sunday.

Mingay was in critical condition shortly after the crash, according to Detroit Receiving Hospital. SST later said the hospital was listing him as serious but stable.

Mingay's truck overturned during the third lap of the race, which was eventually suspended after a long delay. Mingay's family said the driver's face was injured, according to SST's statement.

The SST circuit features high-horsepower trucks designed to take flight off jumps. Races feature ramps set up throughout the course, and trucks can be launched 20 feet in the air, covering more than 150 feet.

There were SST races scheduled at Belle Isle on Friday, Saturday and Sunday. Of the 11 stops on the schedule this season, at least five are in Australia and New Zealand. Matt Brabham of Australia won Friday's race at Belle Isle.

A website for Mingay's Stuntz Inc team describes him as the most recognized and accomplished stunt rider and action sports athlete in Australia. A post on Mingay's Instagram page indicated he was hoping to improve on his Friday showing during Saturday's race.

"Tough racing with some fierce drivers. Today is a new day," the post Saturday said. "Time to get aggressive."