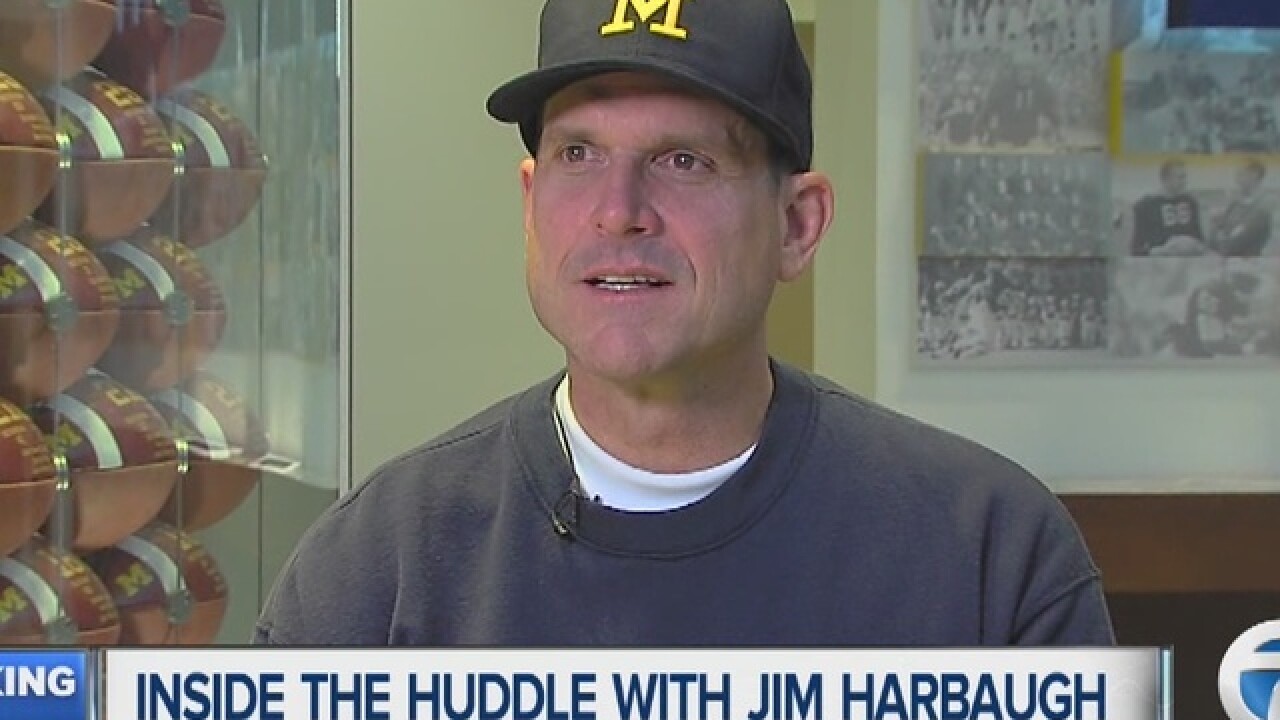 "Star Wars: The Force Awakens" has taken the world by storm this weekend, and that includes Michigan head football coach Jim Harbaugh.

Harbaugh said he went with his two sons as part of the tradition they have to go to the midnight showing of the Star Wars movies.

"I was impressed, this was a good stories, but Darth Vader, not quite the same," Harbaugh said. "I wish they would've thought of some way to get him back in there."

The reason Harbaugh wanted to see Darth Vader in the movie? He's a huge fan.

He also said he is a fan because James Earl Jones, who is a Michigan graduate, is the voice of Darth Vader.

During the Inside the Huddle segment, Harbaugh also discussed the hiring of new defensive coordinator Don Brown. He was hired after former coordinator D.J. Durkin left to be Maryland's head coach.

According to Harbaugh, if he lost a coordinator while coaching, his goal is to always replace them with someone better.

"The goal is to find a better coach and I think we have a tremendous opportunity in Don Brown to accomplis that goal," Harbaugh said. "No disrespect to D.J. Durkin."

Harbaugh also discussed the fact that tight end Jake Butt and cornerback Jourdan Lewis are staying at Michigan instead of going to the NFL.

He said he talked with both of them and was willing to help them go to the NFL. Both Lewis and Butt were All-Americans and Harbaugh wants to bring back an old tradition.

"There was a tradition here for a long time that if you made an All-American team, you had your picture taken in the M sweater," Harbaugh said.