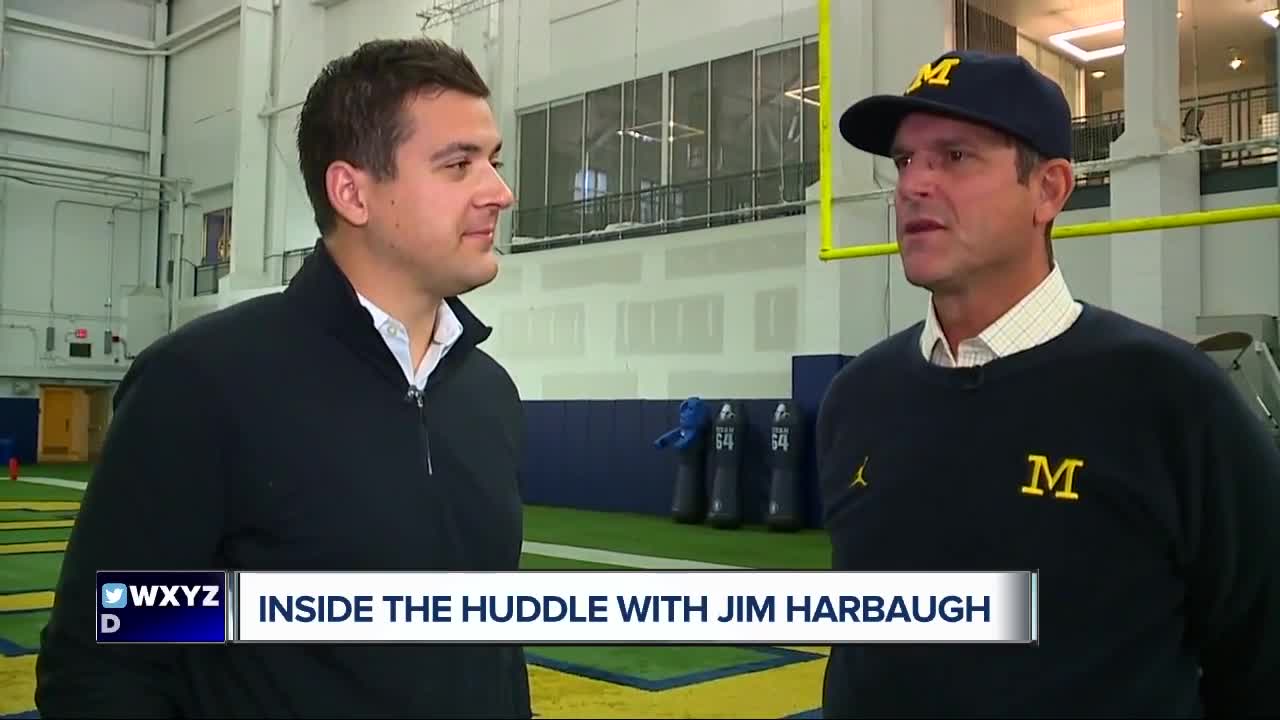 Michigan head coach Jim Harbaugh refuses to fuel talk of the Michigan State rivalry in this week's edition of "Inside the Huddle" with Brad Galli. 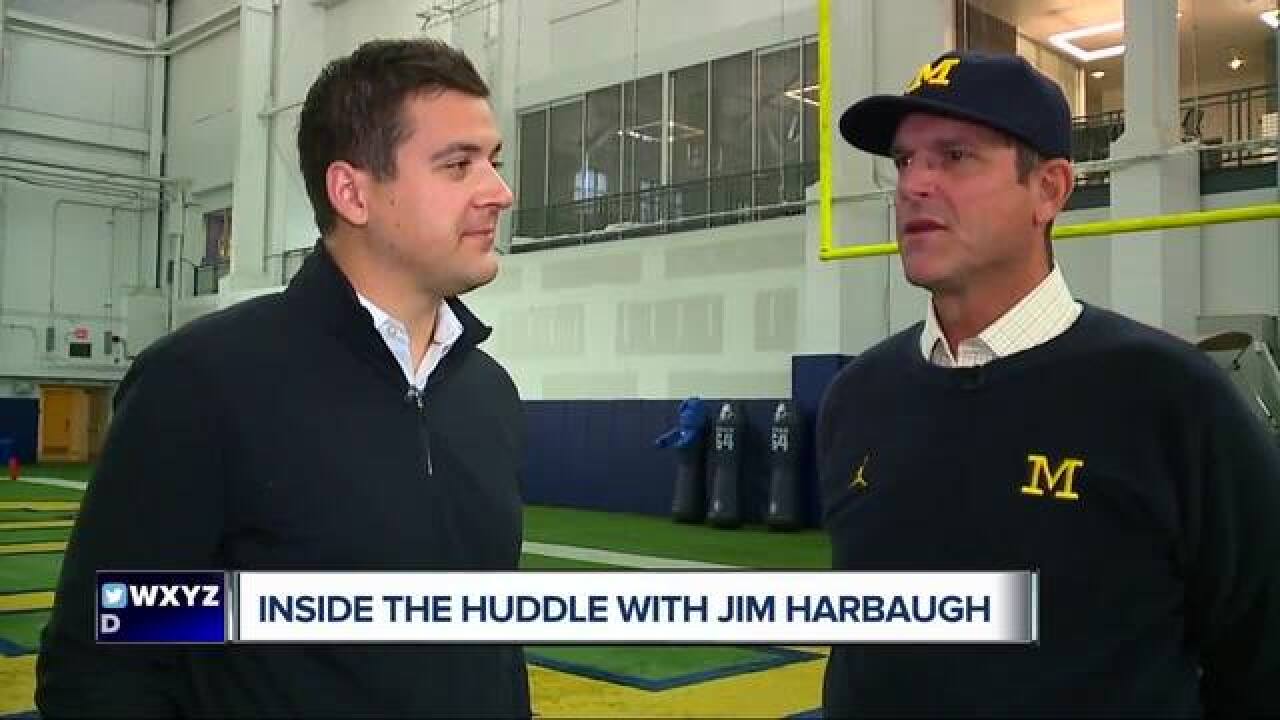 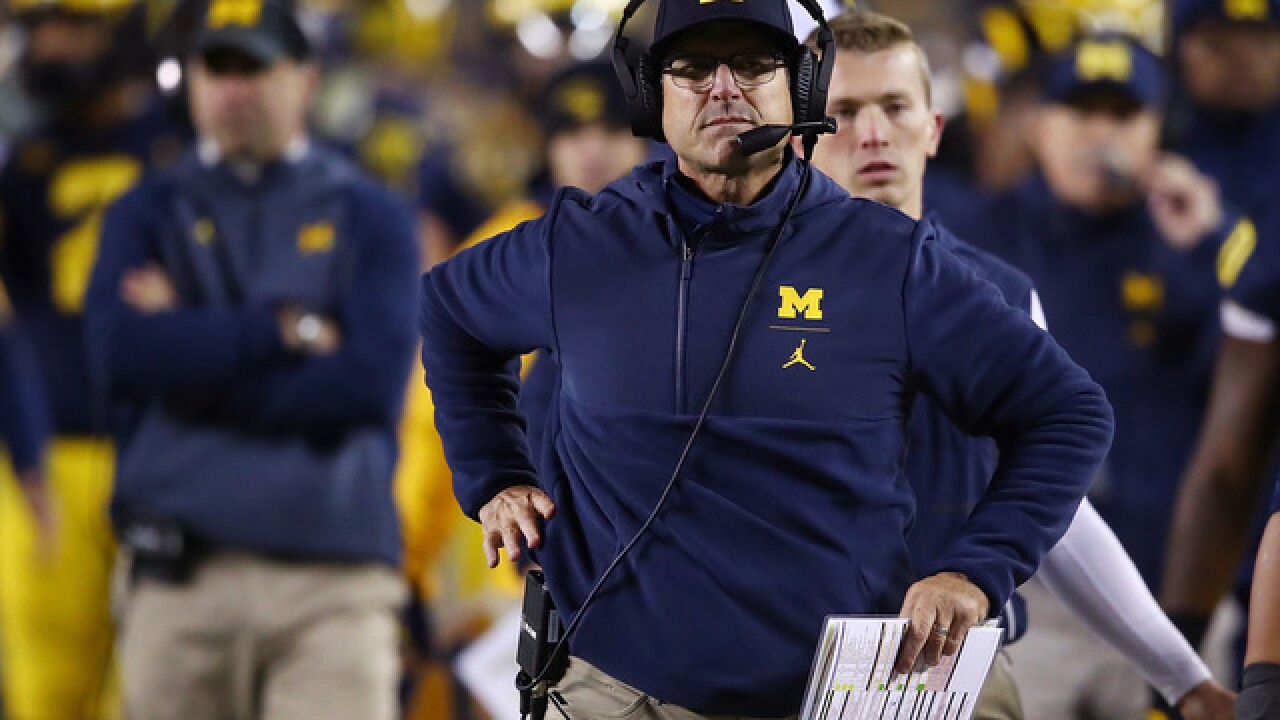 Jim Harbaugh won't be putting his name on quotes that will find their way into any bulletin boards in East Lansing this week.

Michigan and Michigan State one of the country's great in-state rivalries, but the Wolverines head coach refuses to add any fuel to the quote-filled history of the battle.

"I think everybody could use a week off of the cliches that have been thoroughly plowed for years," Harbaugh said on Monday.

Chase Winovich said Michigan was on a 'revenge tour' that began with Wisconsin on Saturday.

Harbaugh wasn't biting when asked about it in WXYZ's weekly one-on-one conversation.