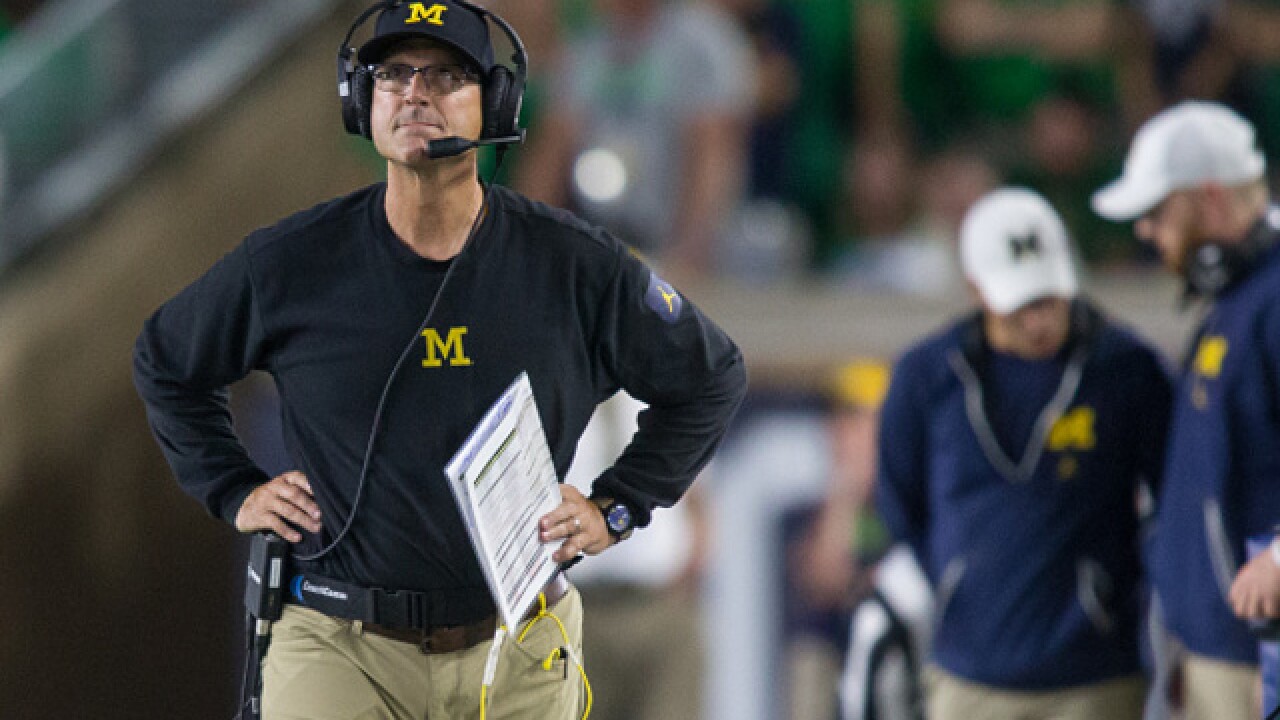 After falling behind 17-0, the Wolverines scored 20 straight points and the defense made sure they were unanswered.

It's a win that ultimately dropped Michigan a spot in the AP Top 25, but a game Jim Harbaugh valued.

"That kind of win, especially on the road, says a lot about our ball club in my opinion,” Harbaugh told WXYZ in the weekly Inside the Huddle interview.

"That was pretty cool," he said, describing the formation of Ravens tight end Maxx Williams lining up in the guard's spot.