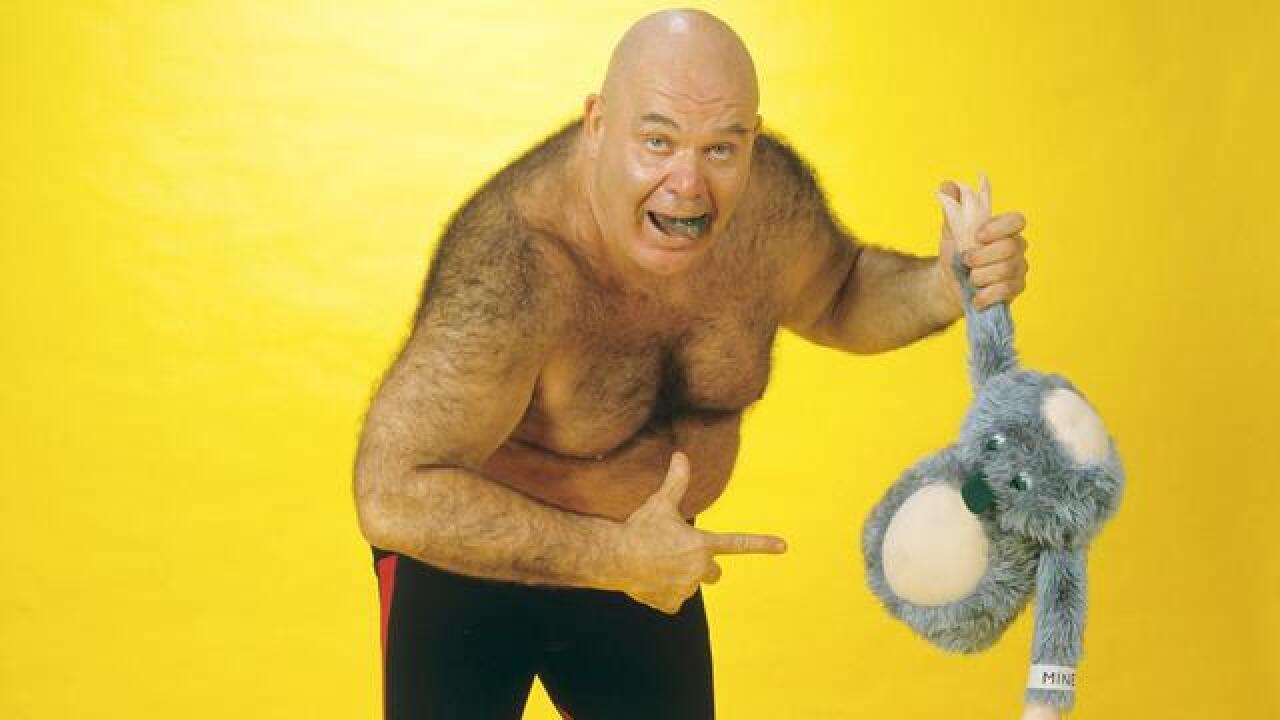 WWE Hall of Famer and metro Detroit native William James Myers, known to fans as George "The Animal" Steele, has died, according to WWE. He was 79 years old.

Steele was a high school teacher, wrestling coach and football coach in Madison Heights before breaking into the sports-entertainment industry. He also received his masters degree from Central Michigan University.

In 2006, he was inducted into the Michigan High School Football Association Coaches Hall of Fame for 25 years of coaching at Madison Heights.

While he was teaching, he moonlighted in sports-entertainment while working Detroit-area promotions. His first appearance in WWE came in 1967 where he was involved in a rivalry with Bruno Sammartino, who was the WWE Champion at the time.

A villain for nearly two decades, Steele was embraced by fans in 1985 after The Iron Sheik and Nikolai Volkoff abandoned him during a match.

"Long after his in-ring retirement and WWE Hall of Fame induction, George 'The Animal' Steele's name still evoked terror for one generation of WWE fans and warm smiles for another," according to WWE.

REST IN PEACE GEORGE THE ANIMAL STEELE. YOU WERE ALWAYS THE INTELLIGENT BROTHER I LOVE YOU pic.twitter.com/4yQ1YyzyJ2

Got the privilege of traveling the world with George 'The Animal' Steele and enjoyed every minute of it. RIP my friend. pic.twitter.com/UnbhTaY9Qt

I feared him as a kid.
I cheered him as a teenager
I became friends w/him as an adult
Never be another like
George the Animal Steele pic.twitter.com/TdrIfod68i

God Bless. George "The Animal" Steele. A friend over the years. RIP