Snow, winter's chill moving across US 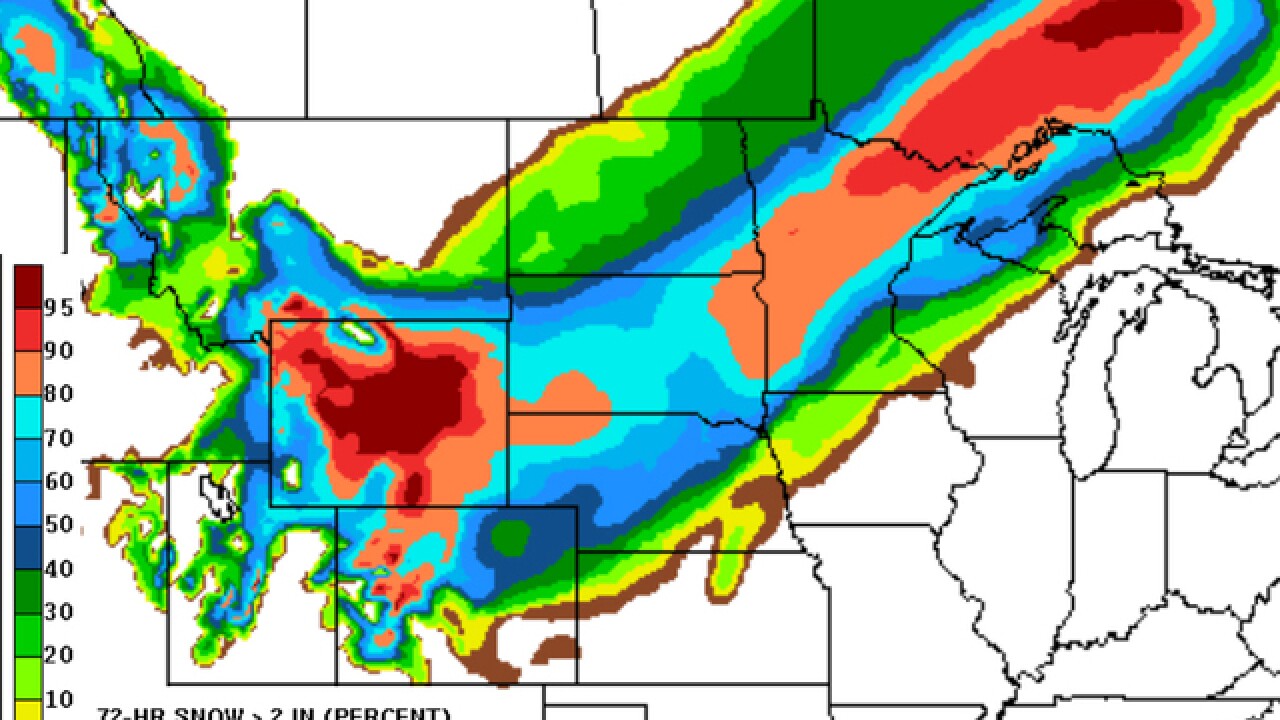 <p>Snow is most likely on the backside of the Colorado Low.</p> 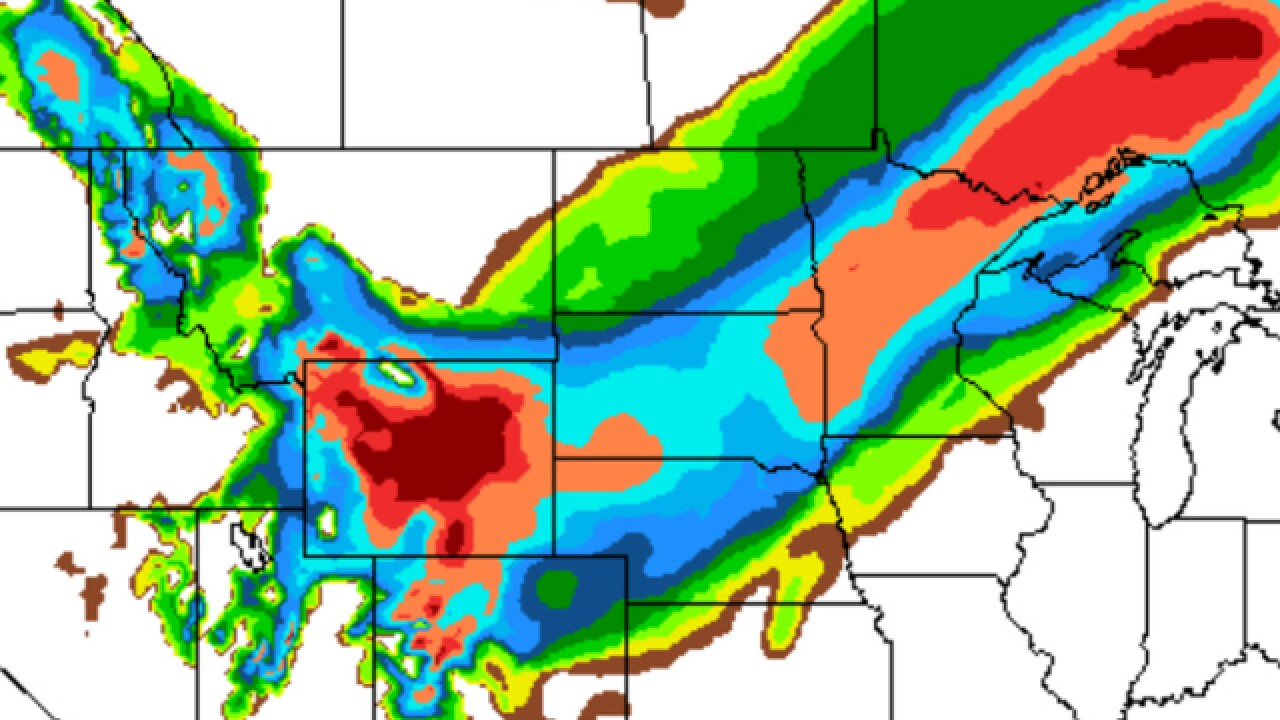 A developing storm system is likely to bring snow to a number of states from the Rocky Mountains to the Upper Midwest and everywhere in between. Even more states will feel a taste of winter's chill into the weekend and early next week.

This Colorado low — named for where it begins to grow — will bring the first snowflakes to Wyoming, Colorado and parts of Utah, Idaho and Montana on Thursday.

From there, the low moves into the Plains, bringing snow to the Dakotas and Nebraska into Friday. It's here where the storm begins to intensify, causing winds to pick up and gust to severe levels.

It's most likely why the National Weather Service has already issued blizzard watches for parts of Minnesota, South Dakota and North Dakota — the areas in bright green.

The snow will continue to move into Wisconsin and Michigan's Upper Peninsula through the weekend. By Sunday and into early next week, some parts of Michigan as well as the northern edges of Illinois, Indiana and Ohio could see a few snowflakes.

Regardless of snow totals, all of those states and everyone else east of the Rocky Mountains will feel much cooler by early next week.

The cold front behind this storm system is bringing nearly a 30-degree drop to some places. The chilly air is expected to stick around for a few days or more before returning to the warmer than usual conditions that have dominated most of November.

If you happen to get enough snow, here's a refresher on what to do once it begins to pile up: