Thousands of Michigan homes have lead service lines delivering water, what to look for

How to identify lead pipes, and what you can do 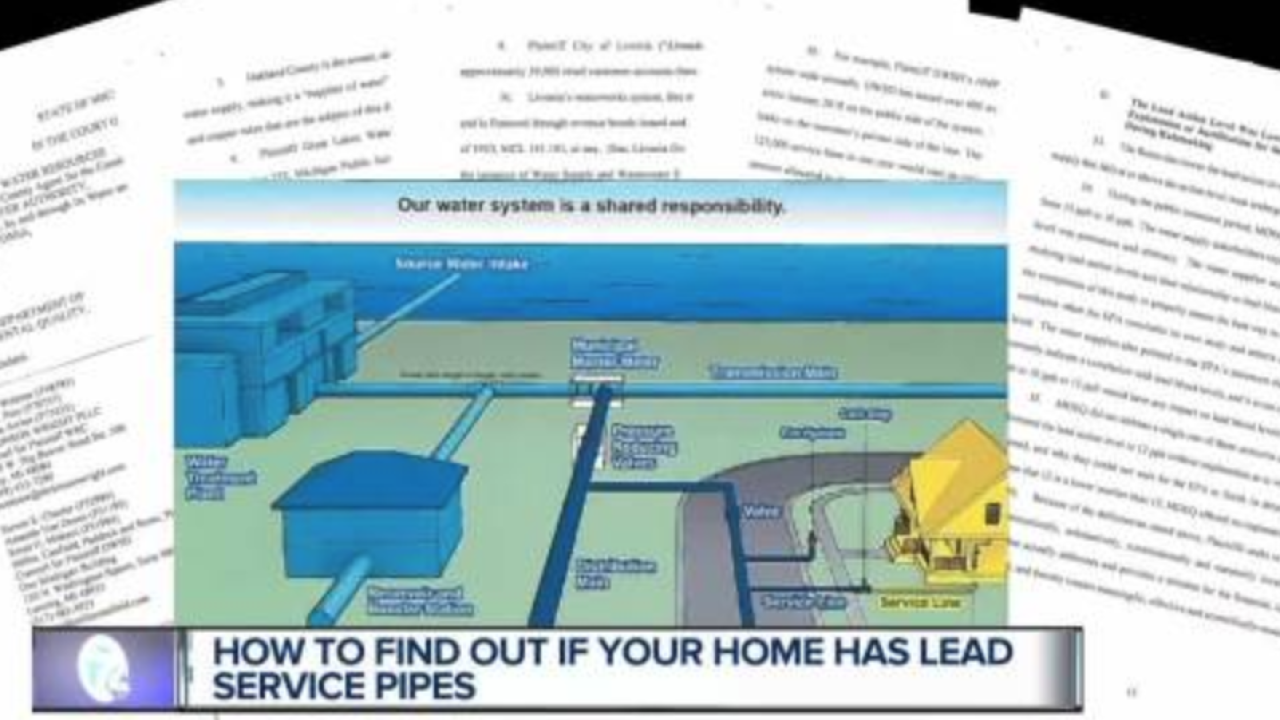 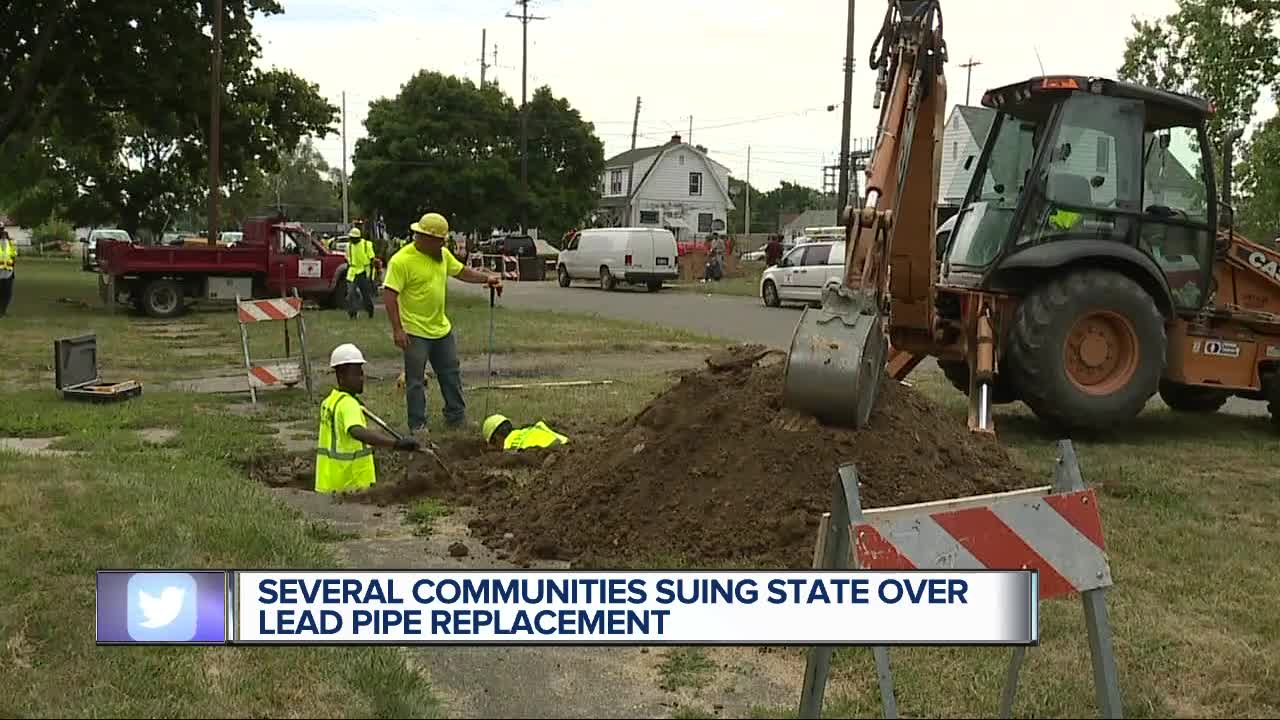 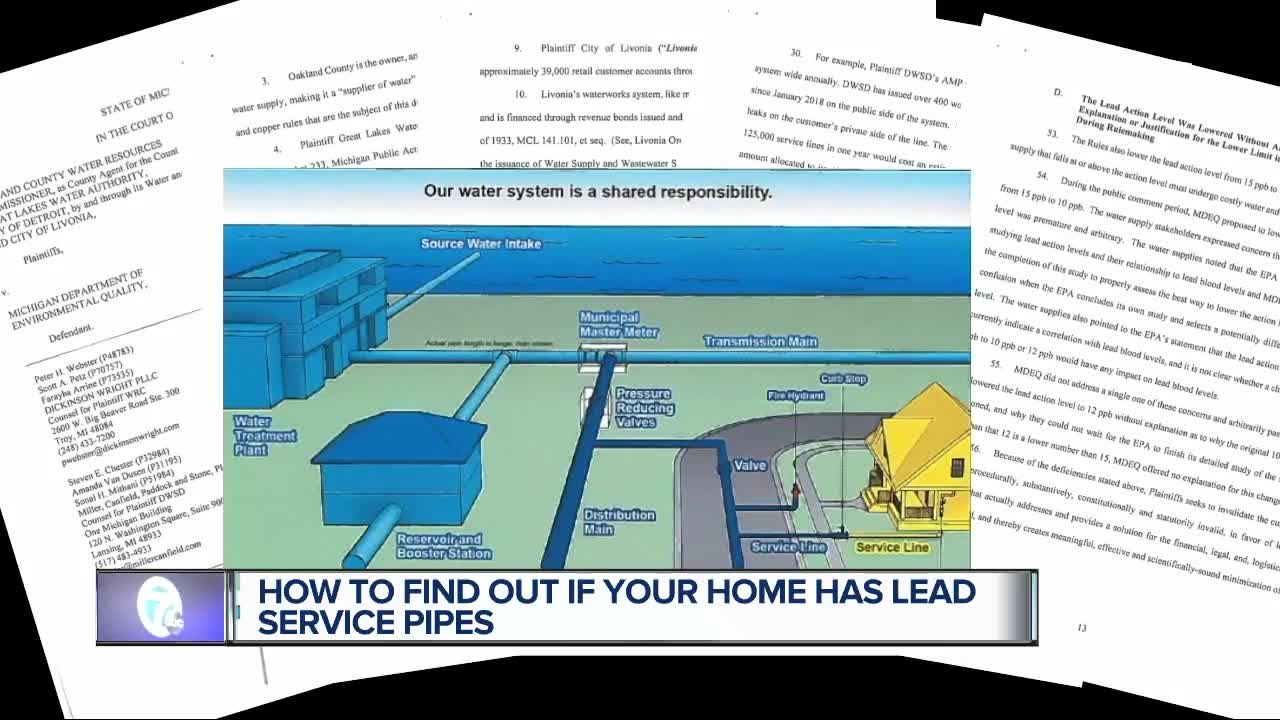 DETROIT (WXYZ) — Local governments and utilities are suing the state over some of the toughest drinking water rules for lead in the country — they say the move is an unfunded mandate that passes the cost onto their users.

While the courts will decide what happens, the suit brings to light the estimated 500,000 lead service lines that still exist in Michigan.

State officials have said that Flint’s water crisis exposed problems with lead rules and Michigan needed to adopt changes, adding that local governments have years to prepare. The new rules call for underground lead service lines connecting water mains to houses and other buildings to be replaced by 2040 — the action level for lead would also drop from 15 parts per billion to 12 parts per billion in 2025.

In the meantime, experts say homeowners can determine whether they have a lead service line coming into their home by doing a little legwork. Wade Kovach, a plumber with UA Local 98, took 7 Action News into a home to see the difference — he notes that while copper pipes may get a darker patina, a lead pipe will stay a gray. While the eye test isn’t conclusive, you can get a better idea by doing a simple scratch test. Kovach pulled out a small pocket knife and scratched a lead pipe and it immediately unveiled a bright silver look.

“It’ll come up bright silver,” said Kovach, pointing out you need to scratch the pipe to get a better look. “It might be darker on the outside, or someone may have even painted it — but if it’s a lead service that’s the danger, that’s what you don’t want.”

If you’re unaware of what a service line looks like you can get a look in the video linked above. Kovach said it’ll either come out of a wall, or from the ground because the water is coming in from the street in front of the home.

While a lead service line shouldn’t sound alarms, you may want to get your water tested. The Detroit Water and Sewer District estimates they have roughly 125,000 homes in the city of Detroit that have lead service lines, and they’ve got pilot programs to look into changes. DWSD can request a test for lead in water by completing a Lead and Copper Sample Request Form online.

The Great Lakes Water Authority also offers advice for homeowners with lead service lines, noting that if there’s construction activity near your home particles can shake free from inside underground pipes including your service line:

“Having a lead service line can increase your risk of exposure to lead when the ground is disturbed. Particulate lead is like tiny grains of sand. These tiny pieces can fall off the sides of pipes into the water. It can cause the lead level in water to go up quickly and then go back down. During construction and until your lead service line is replaced, you should take the following precautions. ”

If you’d like to read more details about best practices to protect you, your family and the quality of water in your home we’re linking you back to GLWA’s fact sheet, here.