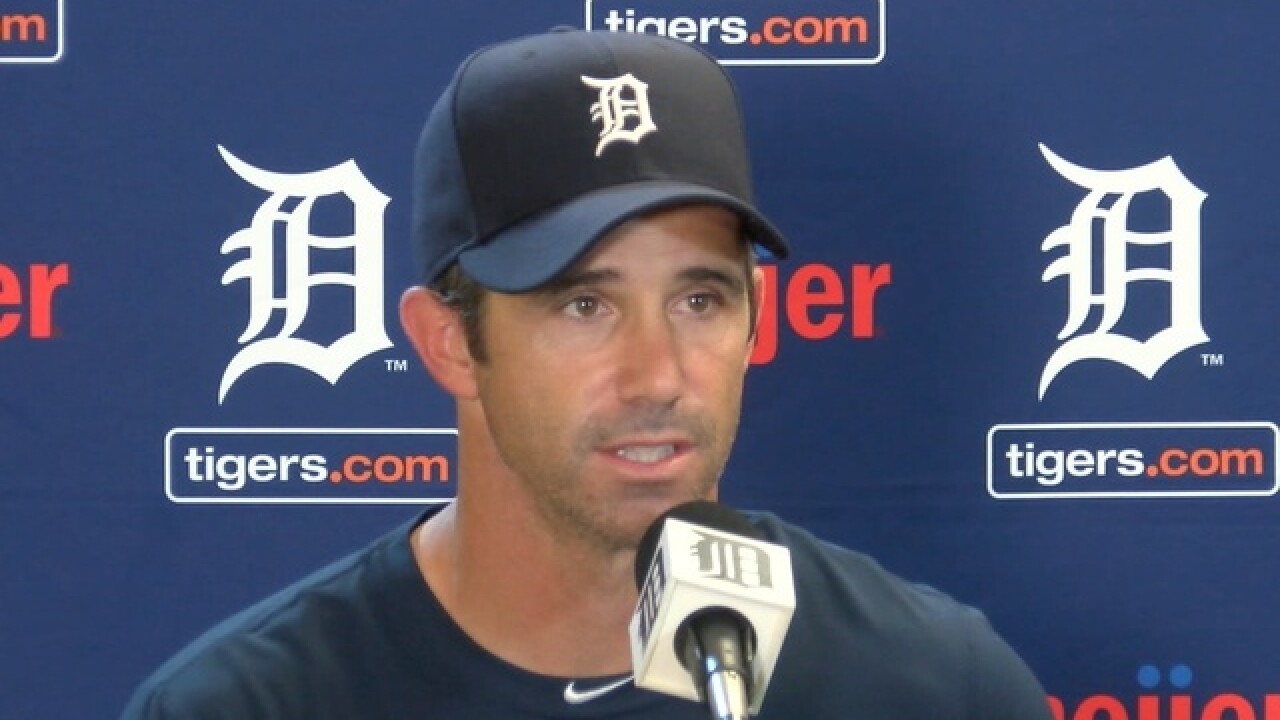 In honor of the late, great Joe Falls, it's a Fish Fry Friday.

The Tigers' season is on the brink.

Still, the Tigers' 2016 season is hanging in the balance if something isn't done soon. The Tigers' 7-5 embarrassing loss to the Baltimore Orioles on Thursday night could signal the beginning of the end for manager Brad Ausmus.

The Tigers actually led the game 5-0. But Ausmus' bullpen imploded, giving up five runs on six hits in the seventh inning.

It left Ausmus almost speechless. "I don't really know what to tell you, quite frankly," he told reporters in Baltimore after the debacle. "It seems like every day, something different."

The bottom line remains the Tigers aren't winning. They have lost nine of their last 10 and are going nowhere fast.
The Tigers were expected to compete for both the division and a shot at the World Series.

This losing, however, can't go on much longer. If they lose two or all three of the games left in Baltimore this weekend, Ausmus will probably be fired by GM Al Avila before the team returns home on Monday.

Kay Felder Impressive
Kay Felder, the former Oakland star guard, continues to impress. Many took notice of the junior on Thursday at the NBA draft combine in Chicago.

Felder was in the starting lineup when the scrimmage began. In it, Felder scored 11 points, had four assists and four steals.

And while some are worried about his height - he's 5-foot-8 - Felder recorded a 44-inch vertical leap, which tied for the second-highest of all time.

Right now, Felder is slated as the 58th pick in the Draftexpress.com mock draft. Some, however, believe that some team might take a chance at him in the first round because he's highly skilled.

PEDs Are Apart of MLB
Any day, another player busted for performance enhancing drugs. On Wednesday, the Kansas City Royals' Raul Mondesi was the fourth player busted this season.

This is how it will be for years to come. The sport will never totally rid itself of PEDs. Nothing is 100 percent, not even with harsh penalties.

If that were the case, the U.S. prisons wouldn't be jammed to capacity. Let's face it. There will always be risk-takers, people who believe they can beat the system. They think they are too smart to get caught.

When you add in the chance at fortune and fame, it's hard to resist the temptation.

That was a big fish, indeed. Gordon was  the NL batting champ last season. He's appealing his 80-game suspension.

Toronto's Chris Colabello and the Phaldelphia's Dan Stumpf were also suspended for using Turinabol. According to reports, it was a popular drug in East Germany in the 1970s. It became popular again because it's difficult to test for.

Or so they thought.

Mondesi got 50 games without pay. And while it's a bad look for the national pastime, it's not the end of the world, the end of baseball. The sport has endured so much and moved on to great success.

No one will stand with or applaud players that don't follow the rules laid out by the sport. And those players found guilty should be punished.

Still, there are two things people should remember:

1) Baseball shouldn't carry an added burden or more shame because some have allegedly tried to get an unlawful edge in the sport. It happens a lot in all sports, not just baseball.

2) The reality is that fans don't care. Apparently, they are numb from all the alleged PED use. Or at the very least, bored by it. When the next player falls for breaking the rules, don't fret. The sky isn't falling in baseball. MLB is just like so many other sports - flawed.