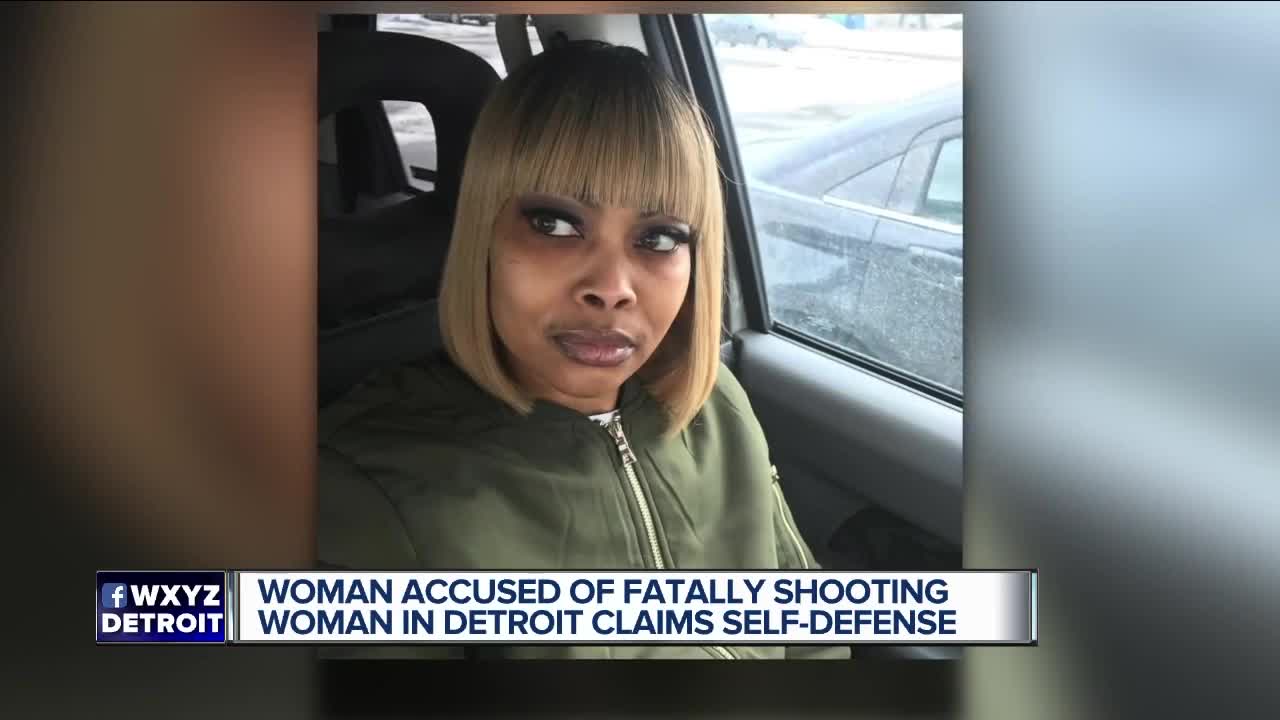 A 47-year-old woman is dead after police say she attempted to run over another woman with her vehicle Monday evening.

DETROIT (WXYZ) — "My mind can't wrap around what just happened," said the mother of Angie McDuell, 47, who was shot and killed Monday evening during a confrontation with a woman she had been dating.

The 37-year-old woman who pulled the trigger claims she shot and killed McDuell because she was allegedly trying to run her over with her car.

It happened around 7 p.m. on Hayes near Fordham (near Seven Mile Road) on Detroit's east side.

That shooting location is not even a block away from the Coney Time restaurant, where McDuell worked for 16 years.

The afternoon began with McDuell parking her car near Hayes and Fordham and then going with some co-workers to another location.

The woman McDuell was dating spotted her parked car and began calling McDuell on her phone, demanding she come back to her car and threatening to damage her vehicle if she didn't, according to a source.

McDuell returned and during the confrontation, McDuell allegedly tried to run the woman over.

The woman claims she shot in self defense.

McDuell-Paymond told 7 Action News that she's getting conflicting accounts of what happened Monday night. But just a few days ago, she said her daughter told her about how jealous the woman she was dating could be. McDuell-Paymond said she warned her daughter.

"I tried to explain to my daughter you don't want to be involved in a situation like that because that's a dangerous situation," McDuell-Paymond said. "Stuff like that can turn on you and you can lose your life."

McDuell died after a single shot in her neck.

The shooter has been taken into custody pending further investigation and possible charges.