'Stay in your lane.' L. Brooks Patterson's daughter angry over candidate calling him a racist 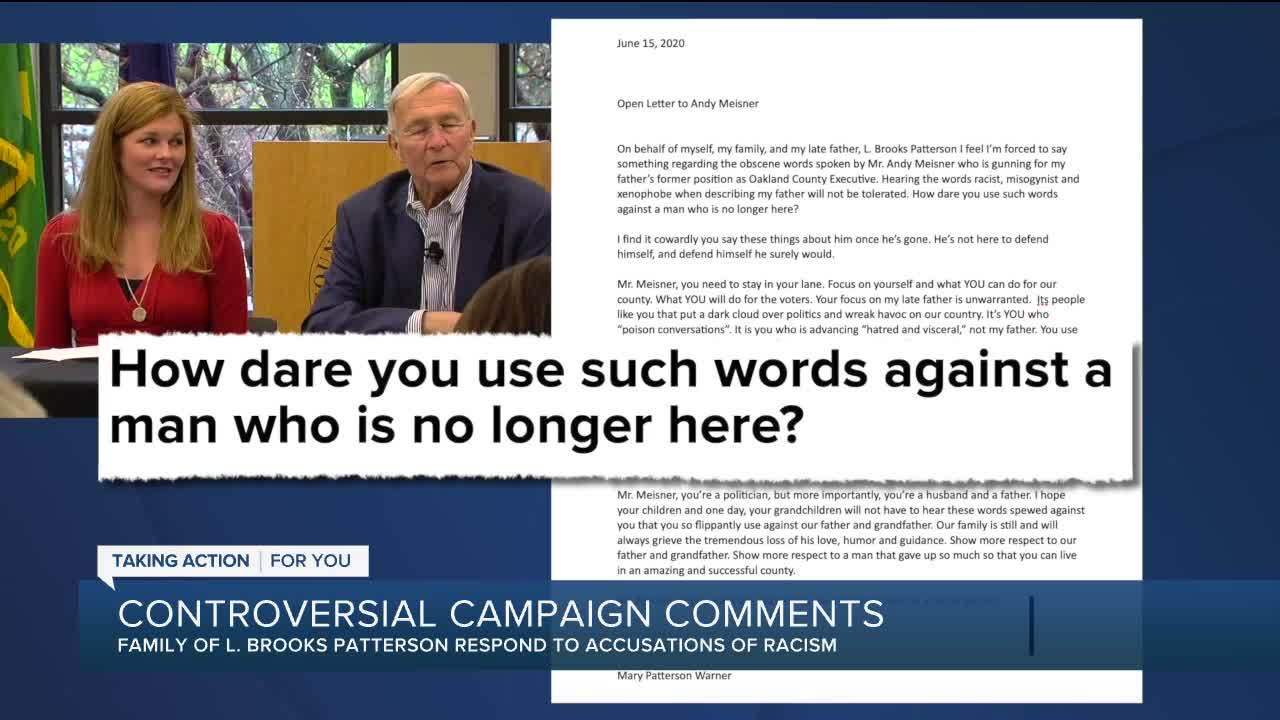 The legacy of former Oakland County Executive L. Brooks Patterson, who held the position for nearly 30 years, looms large over the race for his job. 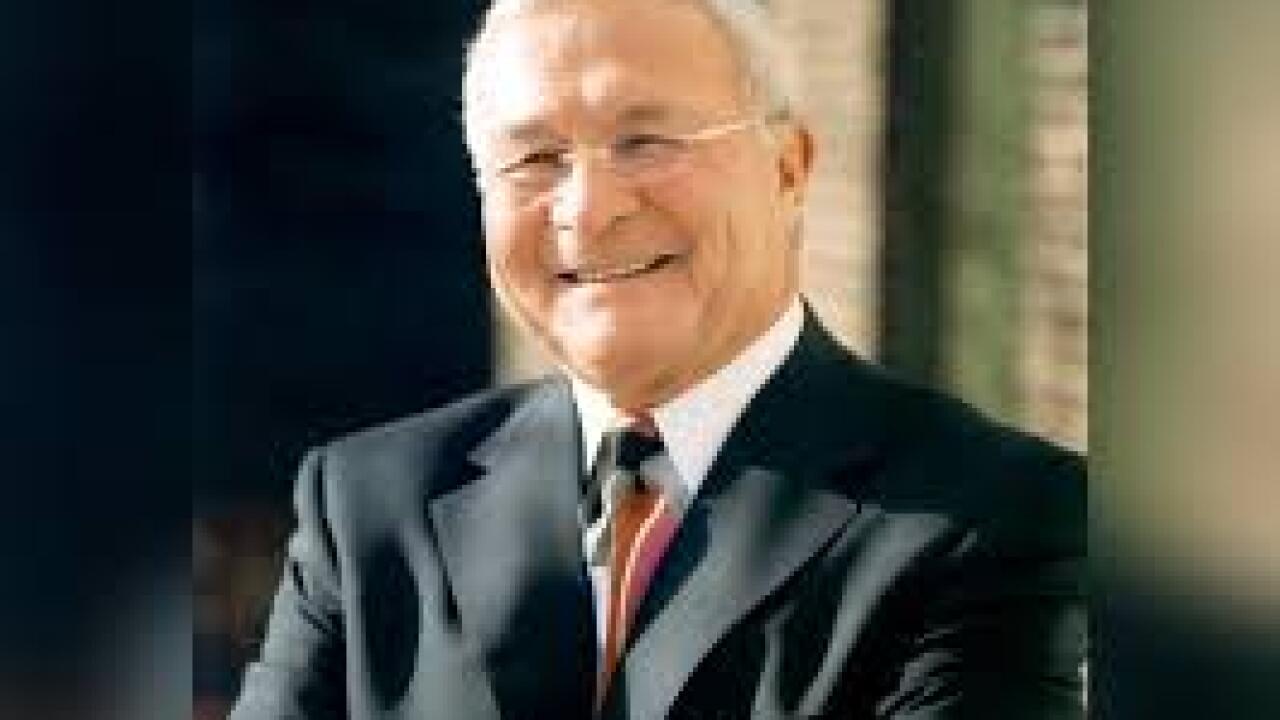 (WXYZ) — The legacy of former Oakland County Executive L. Brooks Patterson, who held the position for nearly 30 years, looms large over the race for his job.

During a Zoom debate between two Democratic candidates clawing for the top job in Michigan’s most affluent county, both took shots, but it was comments from Andy Meisner, the current Treasurer, that led Patterson’s daughter to pen a scathing open letter.

When asked if the county executive role needs to be reshaped following Patterson’s reign, Meisner started off his comments by saying: “Brooks Patterson, who I have to say clearly, was a racist and misogynist and a xenophobe.”

Related: Oakland County Executive L. Brooks Patterson passes away at the age of 80

He continued to call the former executive’s philosophy hateful and said that it added vitriol to regional discourse.

“I find it cowardly you say these things about him once he’s gone. He’s not here to defend himself, and defend himself he surely would. Mr. Meisner, you need to stay in your lane. Focus on yourself and what YOU can do for our county.”

Related: L. Brooks Patterson apologizes after saying 'I'd rather join the Klan' than group of CEOs

“What my intent is that we have an open and honest conversation about Mr. Patterson’s legacy and I don’t think that is across the line,” said Meisner.

“People of color, the black community, in particular, was held back so greatly,” said Meisner.

Patterson is known for making some off-color remarks, mostly focused on Detroit.

In 2014, Patterson was quoted in the New Yorker as telling his kids, "Don't stop for gas in Detroit, it's a call for a carjacking."

"I am not going to say he was perfect," Patterson Warner told WXYZ. "I am not ever going to claim that anybody is. And I am not here to debate everything he did."

That’s when the Oakland County Board of Commissioners appointed Dave Coulter, the former Ferndale Mayor, to the position.

Coulter and Meisner, both Democrats, will square off for the position in the August Primary, which would pave the way for the county’s electorate in November.