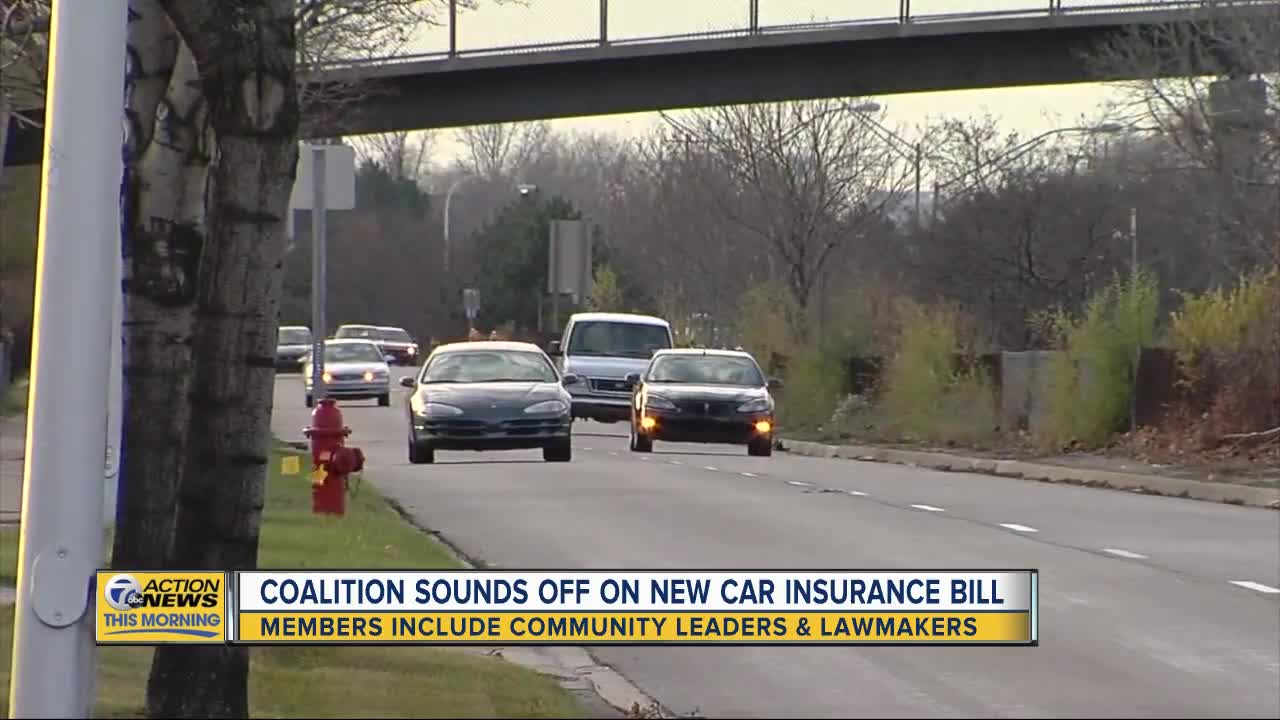 A group of community leaders and state lawmakers from metro Detroit spoke out against the new auto insurance reform bill that Governor Whitmer is expected to sign.

(WXYZ) — A group of community leaders and state lawmakers from metro Detroit spoke out against the new auto insurance reform bill that Governor Whitmer is expected to sign.

Opponents are calling the bill a "fairy tale" and something that won't truly address the problem."

The "Real Deal" Coalition is warning that insurance companies will still be able set excessive rates based on territorial and credit factors under the bill. They claim people in cities like Detroit, Dearborn, Hanmtramck, Inskter and Highland Park are all still at risk for higher rates.

On May 24, the state House and Senate passed the reform bill, sending it to Gov. Whitmer to sign.

Additionally, the measure also would prohibit the use of several non-driving factors in setting rates and scale back reimbursements for health providers that treat accident victims. Unlike several other no-fault states, Michigan does not have a fee schedule for care covered by auto insurers. They pay much more for the same services than is paid by employer plans or government insurance such as Medicare or Medicaid.

The rollback in PIP rates would start in July 2020 and last for eight years.