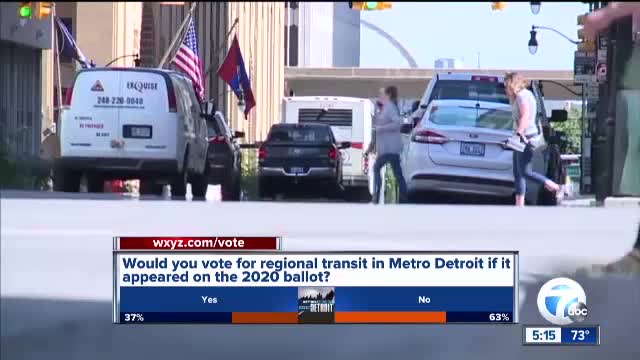 ROCHESTER, Mich. (WXYZ) — Recently appointed Oakland County Executive Dave Coulter is speaking out about the benefits of regional transit, in an apparent move to push the conversation forward.

His position comes in contrast to his predecessor L. Brooks Patterson, who openly criticized the idea.

“We can acknowledge it’s something a lot of businesses would value and of course the details are what matter most,” says Coulter.

Also, weighing in is Macomb County Executive Mark Hackel, who insists voters want to see their money spent on what matters most.

“Our roads are a top priority right now,” says Hackel. “We also need to look at building a new jail and keeping our community safe.”

In the meantime, leaders in Wayne County are hoping to see regional transit take shape soon.

“We certainly have a lot of work to do in terms of figuring out what works before a possible 2020 ballot proposal,” says Coulter.