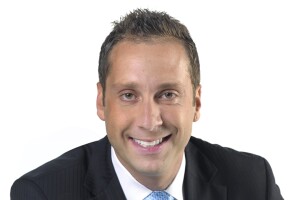 Simon Shaykhet joined the 7 Action News team in September 2013 as a reporter.

Shaykhet is a native Detroiter who has worked on both sides of the camera. Most recently, he was the spokesperson and public affairs specialist for the Detroit Field Office of the Federal Bureau of Investigation, coordinating the release of information related to hundreds of cases including; the Detroit city hall corruption scandal, the Christmas day bomber, and the FBI search for Jimmy Hoffa.

Shaykhet also worked for five years as a reporter for Fox 2 News in Detroit covering stories that had great impact on Metro Detroit, such as the scandal surrounding former Detroit Mayor Kwame Kilpatrick and the collapse of the automobile industry.

While at Fox 2 News, Shaykhet was the featured correspondent for Fox 2 News "Edge at 11." During this time, he was recruited by the Fox News Channel to cover national stories, including the impact of Hurricane Irene.

Shaykhet started his career as a reporter at Fox 47 in Lansing, Michigan and an anchor and reporter at NBC 24 in Toledo, Ohio.

Shaykhet's move to WXYZ is a homecoming of sorts…while attending Michigan State University, he was hired as a summer intern at Channel 7. He did the first reporting of his broadcast career at WXYZ.

"I am thrilled to once again bring you the stories that make a difference," said Simon Shaykhet. "Taking action and fighting for your rights is something that I look forward to doing each and every day in my reporting. I am honored to be able to stand up for Metro Detroiters and continue to serve the community I call home."