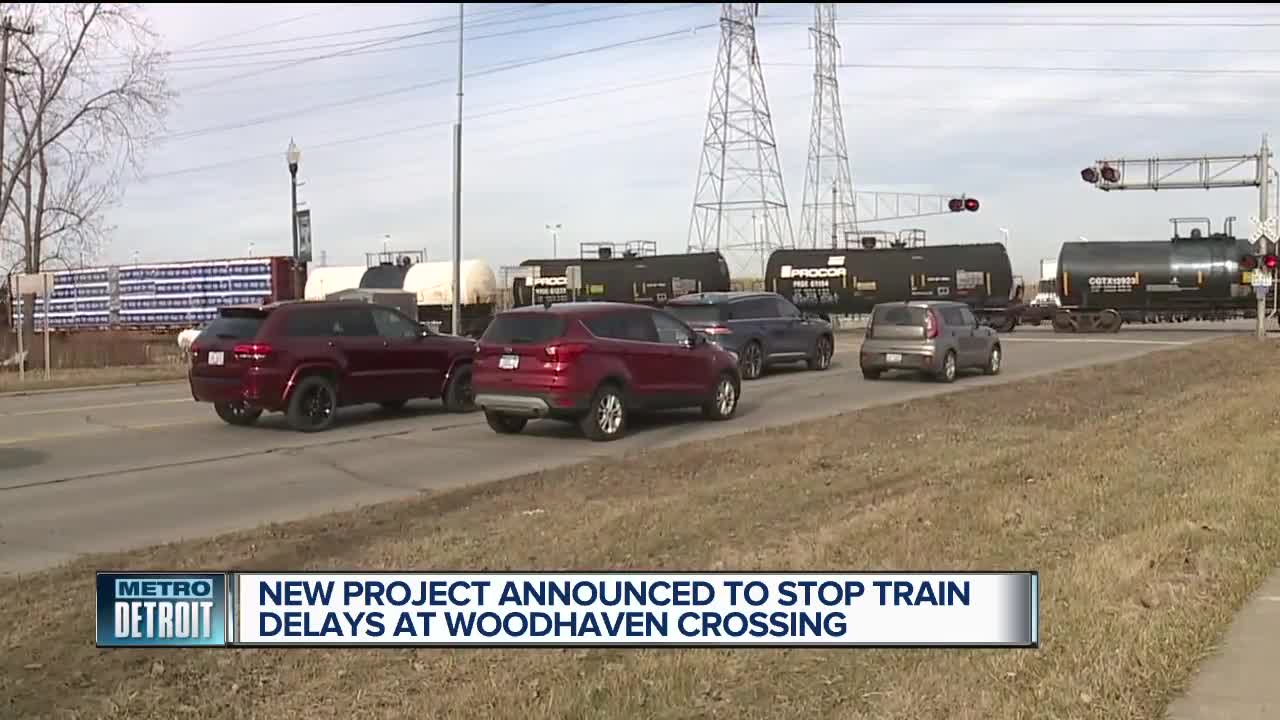 A new plan is working to end traffic problems created by the Woodhaven train Downriver.

WOODHAVEN, Mich. (WXYZ) — The Woodhaven City Council and may voted Tuesday to approve a $39 million plan to end traffic problems crated by the Woodhaven train Downriver.

The projects will create a grade separation at Allen Rd. which will elevate the train crossing above the road, and lowering Allen Rd. by about 20 feet to will allow motors to pass freely under the bridge.

At a cost of around $39 million, it's expected to take up to three years to complete, and will include road reconstruction work at Allen and Van Horn roads, as well as construction of a pump house and relocation of utility, water and sewer lines.

“This is another long-standing problem that’s held back Wayne County and I’m pleased we were able to bring all levels of government together to finally broker a solution and help increase access to the Downriver economic corridor,” Evans said in a release. “This is a key artery to one of our busiest commercial and industrial corridors and the delays have created headaches for residents, businesses and visitors for years.”

"There are a number of serious train issues Downriver where railroads block intersections for significant amounts of time,” Dingell added. “Recognizing this, John Dingell got federal money 15 years ago so communities could begin to address the problem. Today's announcement moving forward with the Allen Road crossing in Woodhaven is only a start in addressing the devastating delays for residents trying to get to the only level II trauma center Downriver, for major automotive companies trying to get just-in-time deliveries and residents trying to get to and from work or school. This is just the beginning and we have much work ahead of us to address the other problematic crossings in the area.”

The project will be funding with federal, state and local revenue, and will address the decades-long problem that have affected all of Downriver.

It still requires approval from the Wayne County Board of Commissioners, and the county will need to take bids and award the work over the next nine months.

While the average stoppage is over nine minus, it's not uncommon for some stoppages to last nearly an hour. In 2014, a mechanical failure forced a blockage for over six hours.

“The project will not only benefit the City of Woodhaven but will benefit the entire region” said Woodhaven Mayor Patricia Odette. “Residents and businesses have been negatively impacted for years and the delays have brought our city and much of the region to a standstill several times a day. It causes issues for our schools, emergency personal, and has negatively affected the quality of all of our lives. Opening up that main corridor will positively impact the entire region.”