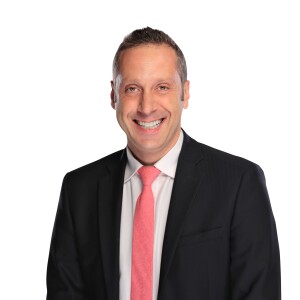 A new report from 2017 showed there were traces of lead in the water of a Downriver community school district. Now, a video spreading on Facebook has gotten the attention of River Rouge School District Superintendent Dr. Derrick Coleman as students and parents begin speaking up.

"The water, from my understanding, has never been an issue," Coleman told 7 Action News.

That video was taken by a River Rouge school district teacher at the beginning of the school year and recently provided to us. It shows brown water coming out of the sink and the teacher saying, "I got this water out of my sink, in my classroom. Jeez, it's worse than last time."

Coleman believes that if the teacher had allowed a three-to-four second runoff, you wouldn't see that color. He also said he isn't aware of any colored water at any schools.

The superintendent also provided 7 Action News with two different water test reports; one in 2016 and another in 2017. The reports, taken by TEK Environmental & Consulting Services, took water samples and tested for copper and lead in six schools in River Rouge.

The group tested several different water systems at the schools, including drinking fountains, kitchens and more. Those reports do show low traces of lead and copper in the water.

"Even though there are traces, it's still safe to drink," Coleman said. He also added that he isn't concerned.

According to the Environmental Protection Agency, there is no safe level of lead in water.

"EPA has set the maximum contaminant level goal for lead in drinking water at zero because lead is a toxic metal that can be harmful to human health even at low exposure levels," the EPA said on its website. "Lead is persistent, and it can be bioaccumulate in the body over time."

Students in River Rouge say they have spoken up after the video. One student told us, "I don't want anyone to get hurt because the water is coming out that color."

Coleman said the district set up water coolers severla years ago after an employee raised a concern about the water, and that's what prompted the testing. He said they have allowed the water coolers to remain in the schools to alleviate public concern.

He also denied getting complaints from any other parents or students.

However, former teacher Eddie Hejka is speaking out after that video was shot in his classroom.

"We're supposed to put the children first. I met with the superintendent. I told him it was obscene," Hejka said.

"Kids were complaining, 'Mr. Hejka, why does the water smell so bad? Taste bad? Do I have to wash my hands?'" he said.

We also asked students for their take without showing their faces on television.

"When was the last time you saw yellow or discolored water?" 7 Investigator Simon Shaykhet asked. Her replay was, "a week ago."

Another told us, "I don't want to get sick from getting the water,"

We asked the district if we could have the water tested by an independent lab, but the district told us no. Instead, we showed them to Dr. Donna Kashian, a water quality expert at Wayne State University. She said that brown water doesn't automatically mean danger.

"Often, you will get color in water associated with things like deposits in pipes. Rust, tannins," Kashian said.

However, both Donna and the EPA agree that no amount of lead in the water is safe.

"In Flint, we saw a lot of failures of people who were supposed to be protecting us," she said. "We want to make sure those don't happen again."

While on a tour of the high school, Coleman made it a point to stop and drink from the drinking fountain. A parent of three daughters in the district, he's adamant his 2,200 students in four schools have nothing to worry about.

"We've had the water tested yearly. By all governmental standards, the water is fine," Coleman said.

The head of River Rouge Schools maintains they are committed to keeping kids safe. We'll stay on top of this to make sure they stay protected.