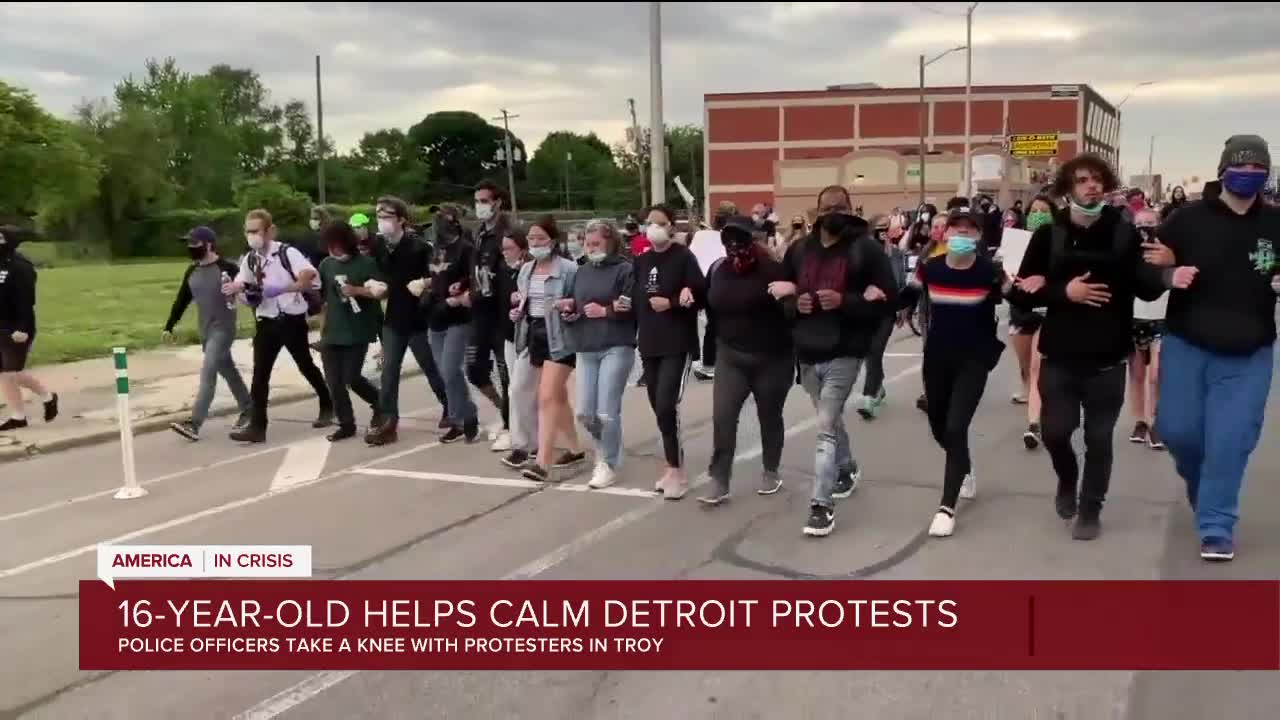 DETROIT (WXYZ) — A fourth day of protests in metro Detroit have come to an end peacefully.

Mayor Mike Duggan, in part, thanked a Detroit teen for making that happen.

The curfew for Monday night ended at 5 a.m. Tuesday. With protests seen in Troy and another in Detroit, a teen from southwest Detroit helped end things peacefully in the city.

16-year-old Stefan Perez, a protest organizer, is receiving kudos from the Mayor of Detroit for convincing people not to violate curfew –toward the end of what turned out to be a peaceful protest.

"People wanted to agitate. They're mad at me. But they're home safe," said Stefan Perez, a protest organizer. "They don't got rubber bullets, they don't got tear gas, they're not dead."

The thanks from Mayor Mike Duggan came by phone call.

"Stefan, I was watching the video, and I saw your leadership, I have tears in my eyes," the mayor said. "You are everything that is special about the city of Detroit."

Organizers kept spreading the message to keep the peace and follow the city's curfew, as the group marched with a police escort towards Detroit Police Headquarters peacefully.

Nearly 700 people walking in solidarity against police brutality, calling for change after the killing of George Floyd.

"We just have a great sense of community. I love that we're working together," said protestor Jewel Michael. "That we have such a diversity. That metro Detroit is so diverse. This is something we've been fighting for for a long time."

There were peaceful protests also over in Troy, where at one moment officers took a knee with demonstrators. Many young people walking from Somerset Mall and down Big Beaver road for two miles, also escorted with a police escort.

Police say a 68-year-old man was arrested in Troy for intentionally hitting a protestor.

In Detroit, curfew starts at 8 p.m.