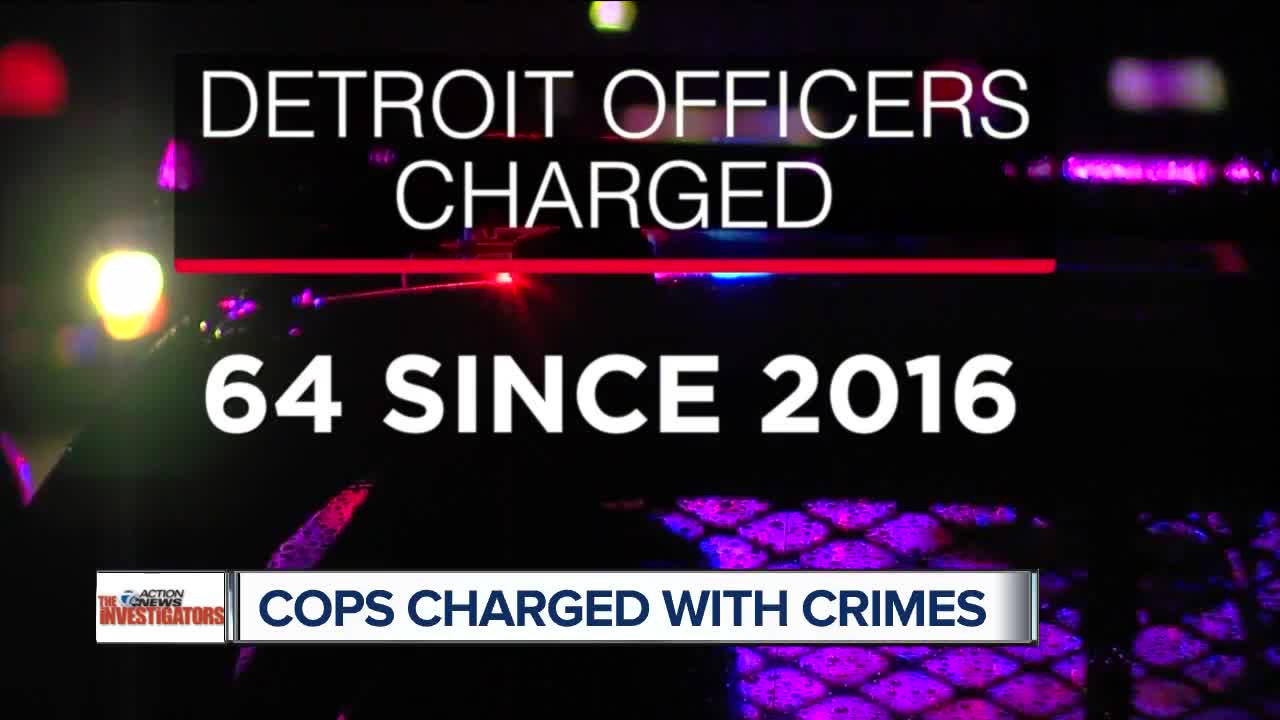 Sixty-four Detroit police officers have been charged criminally since 2016, a 7 Action News investigation has found. The charges, which include both on and off duty conduct, dwarf similarly sized or larger departments that track charges and include alcohol related offenses, theft, assault and drug trafficking, among others. 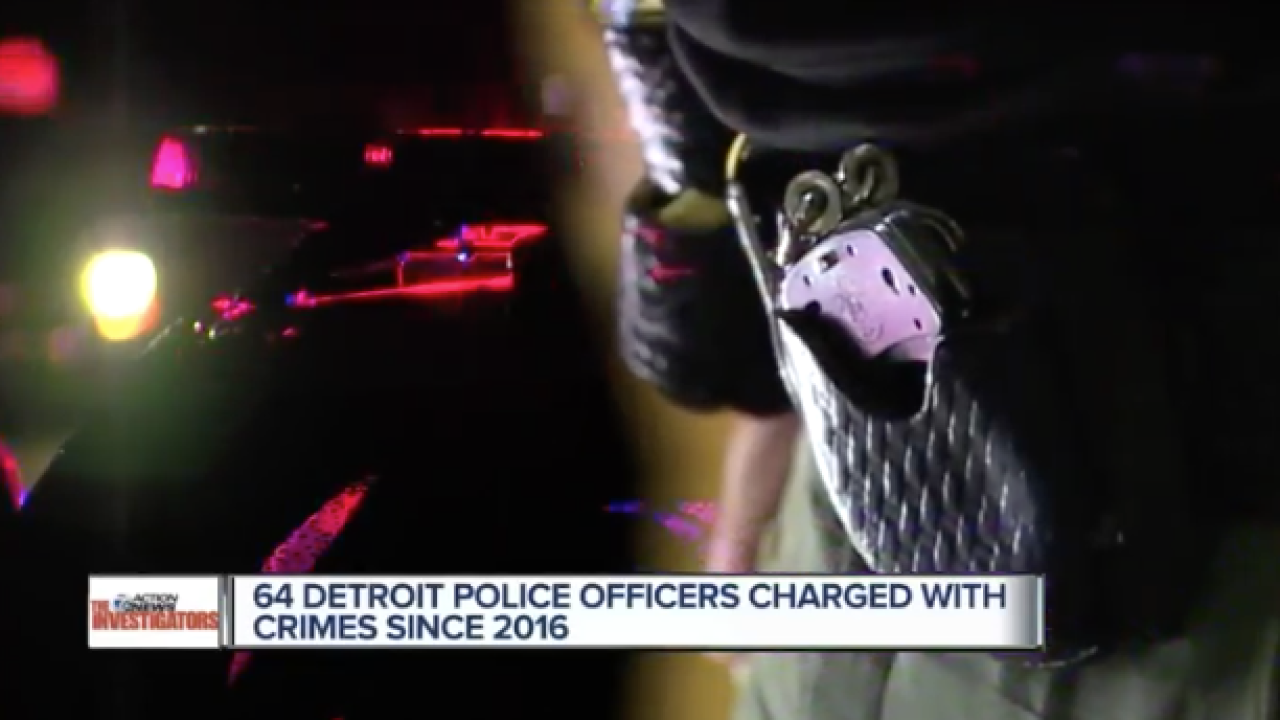 The charges, which include both on and off duty conduct, dwarf similarly sized or larger departments that track charges and include alcohol related offenses, theft, assault and drug trafficking, among others.

“This is an alarming number, and we should all be concerned,” said Willie Bell, the chairman of the Detroit Board of Police Commissioners. “That is extremely high for any department.”

Some of the recent high profile charges include:

-Officer Lonnie Wade, charged with the assault of 24-year-old David Bivins while working security for a Detroit Meijer. Wade wrongly suspected Bivins of shoplifting, and cell phone video showed him striking Bivins repeatedly with his baton. Wade pleaded no contest to assault.

Bivins, in an interview with 7 Action News, said he grew up wanting to be a police officer, but changed his mind after his encounter with Officer Wade.

“After you see how corrupt, something that you idolized is, do you really want to continue doing it?” Bivins said.

In 2017, attorney Geoffrey Fieger filed a civil lawsuit against the City of Detroit on Bivins’ behalf.

“There’s no explanation that Detroit should be so far disproportionate to other cities with comparable and even larger police forces,” said Fieger.

Of departments that track charges against officers, only Baltimore, currently under federal oversight, reported more charges: 76.

Chief James Craig doesn’t make an excuse for any of the charges—and points out that most of charged officers were referred to prosecutors by his office.

He says it’s a sign that the department is holding itself accountable and stresses that these officers’ alleged conduct doesn’t represent the vast majority of the department.

“But it does represent the alleged conduct of 64 cops, and that’s not a small number,” said Channel 7’s Ross Jones.

“It’s not a small number,” Craig said. “Certainly not an excuse, but our officers probably face more trauma, exposed to more trauma than places I’ve worked.”

In some instances, Craig says, trauma may have triggered the alleged criminal behavior. Three of the 64 officers, he says, were involved in high-profile shootings, later self-medicated with alcohol and were charged with alcohol-related crimes.

Craig said the stress of the job doesn’t excuse their poor judgment, but it might help explain it.

“We figure with the number of police officers (charged) we have in that time period, it represents about 2.3, 2.4%.” Craig said. “(It’s) high, but here is the positive side of that…people in this organization are saying we don’t tolerate it.”

Today, David Bivins lawsuit against the city continues. Two years since he was beaten, he said he's yet to receive an apology.

"They’re real bad at apologizing," said his attorney, Geoffrey Fieger. "I have yet to have a case where the police who’ve been accused of wrongdoing apologizes."