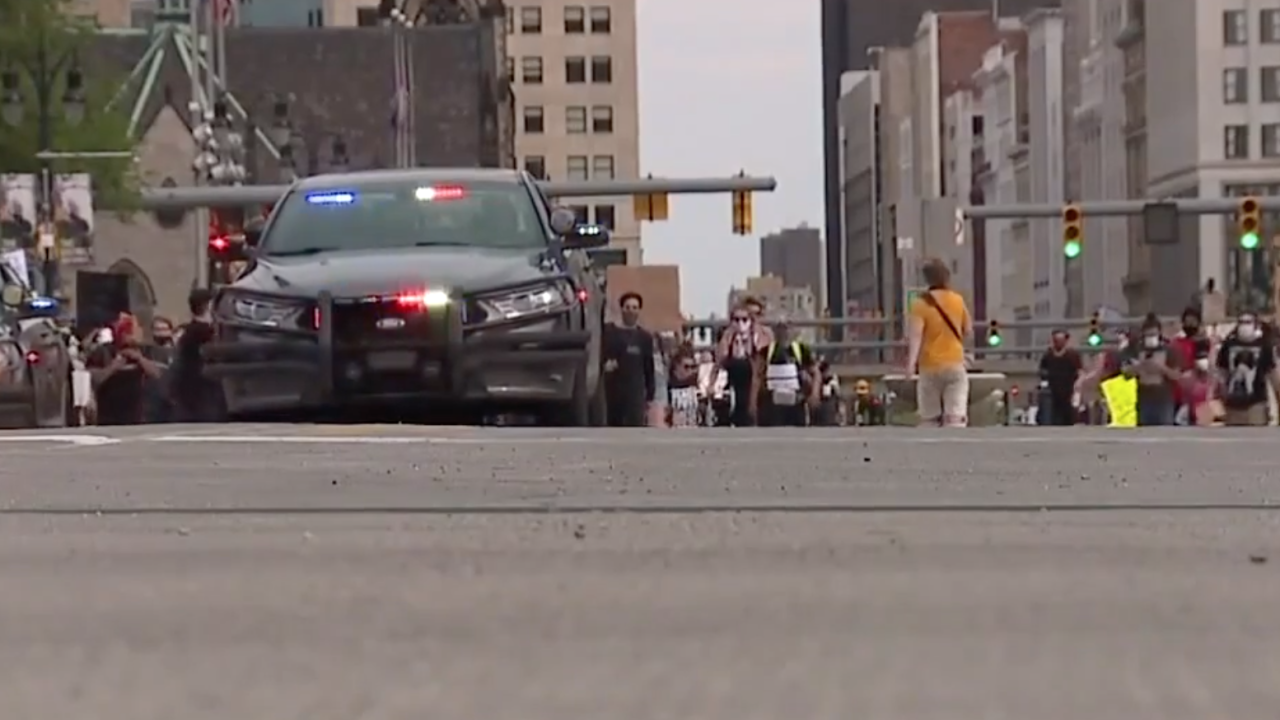 (WXYZ) — It's now been a full week of demonstrations throughout the city of Detroit honoring George Floyd, with police and protestors capping two peaceful nights in a row.

Another march planned today will start and end at Gabriel Richard park right across from the Macarthur Bridge. It's being dubbed the Belle Isle Peace March.

"I'm sick... I want the whole system broke and reestablished."

Detroiters are continuing to make their voices heard to put and end to injustice and police brutality, like what we've seen in the death of George Floyd.

The walk across Belle Isle's Macarthur Bridge is organized by a group of young people and supported by civil rights groups and law enforcement.

Here are some things organizers want you to keep in mind:

"We will be marching until we see a change in America, not just my city but all the city," said a protestor.

The city's chief health officer reminds protestors to beware of COVID-19, saying states like Minnesota and Wisconsin, where there have been large gatherings are starting to seen a spike infection rates.

So demonstrators are faced with the task of being safe on two fronts, as the city goes for a third night of peace.

"The police have done a good job, but the great majority of the credit goes to Detroiters," said Mayor Mike Duggan. "What you hear everyday is we're not letting it happen here. It is the pride of everyday Detroiters for where we stand."

Among those leading this march is former Lions' player Joique Bell.