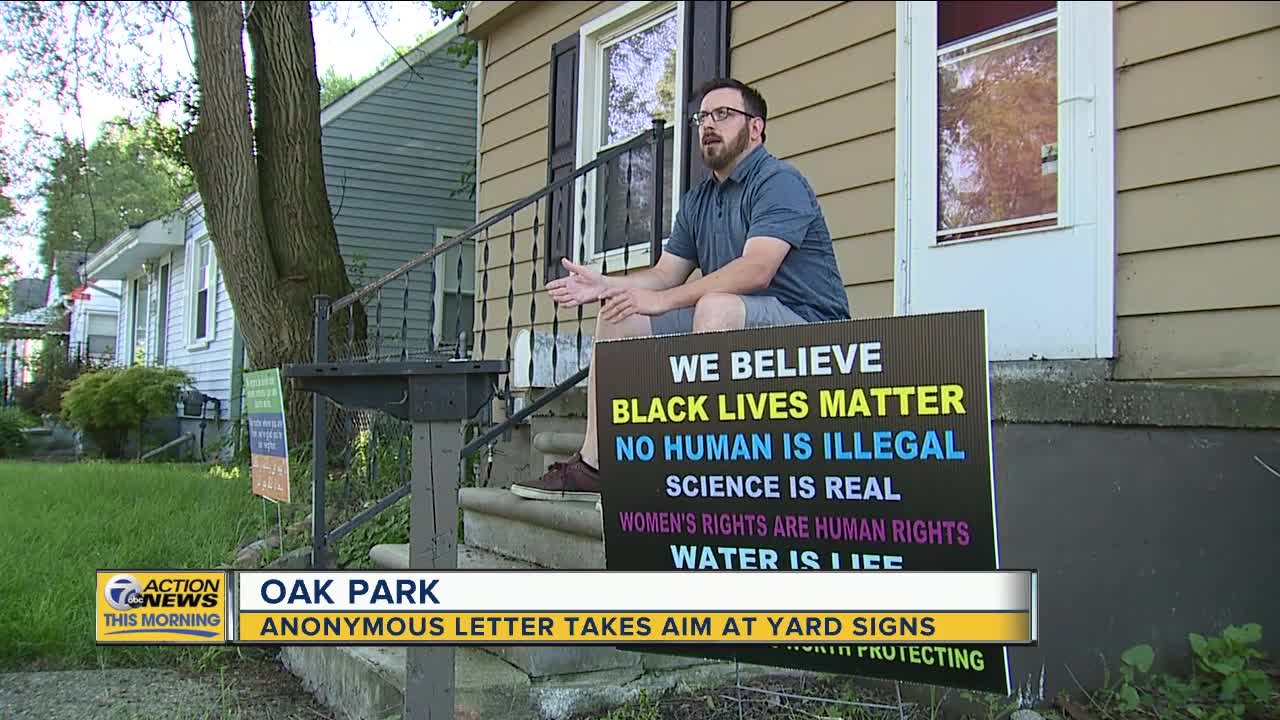 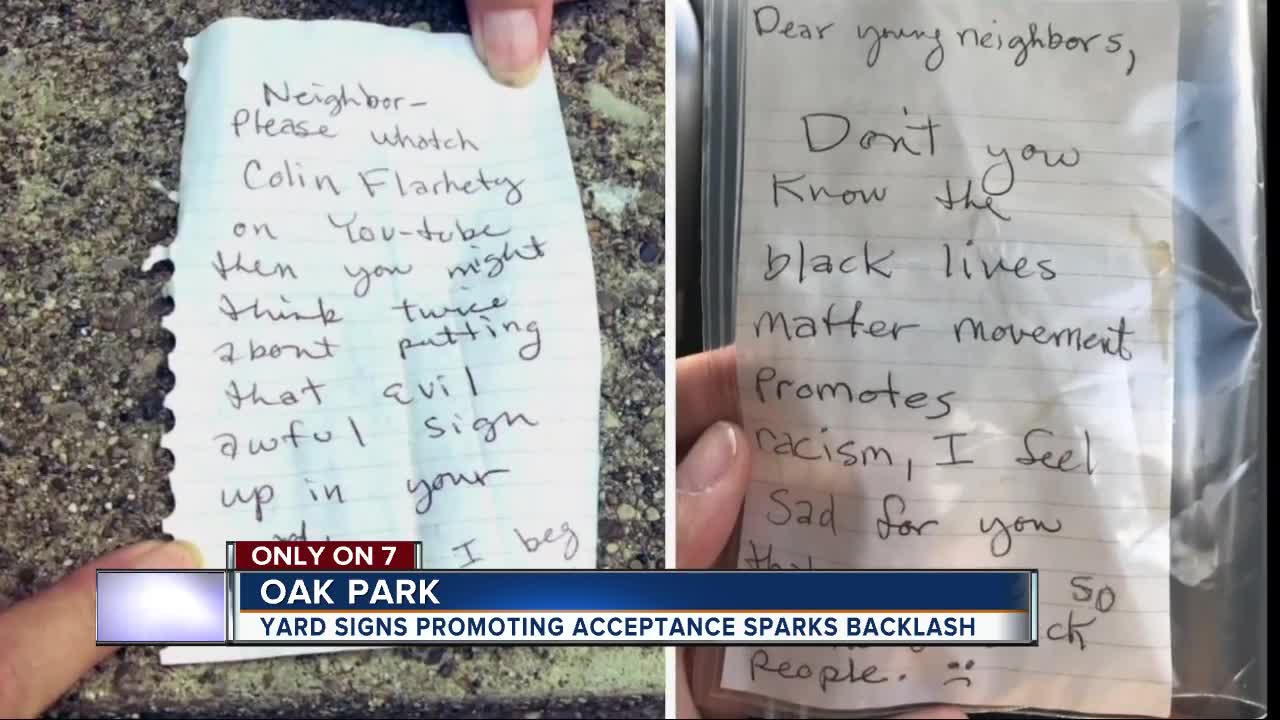 OAK PARK, Mich. (WXYZ) — A mystery is unfolding in Oak Park after neighbors say they received an anonymous letter about their yard signs.

The letter criticizes their message on the signs and appears to be from the same person. However, it's not clear. The letters appear to address part of the yard sign that reads, "We Believe: Black Lives Matter." It's not the only thing the sign promotes.

Jodi Sitkins said she stuck the sign in her yard about two years ago. She said she found a reaction to it on her car windshield on Tuesday.

The letter said: "Neighbor please watch Colin Flaherty on youtube then you might think twice about putting that evil awful sign in your yard. Please I beg you."

Colin Flaherty is an author who offers his controversial opinion on race in America.

Kyle Gerard put the sign out a year ago. He also got a letter that denounce the sign. It read: "Dear young neighbors, Don't you know black lives matter movement promotes racism, I feel sad for you that you are so afraid of Black people."

He said, he's not racist and is in an interracial relationship which he originally thought the letter intended to address.

"My girlfriend is black and i thought maybe they had seen us in the neighborhood," Gerard said.

He and his neighbors said it's not a political message.

"The intent of the sign is to spread acceptance of people not fear your neighbor not fear other people," Gerard said.

"They can preach all they want to me but it's not going to change my mind," Sitkins said. "I'm sticking with love."

They said the online attention to the notes have spurred more neighbors to pick up signs and display them in their yards.