Corornavirus immunity blood test could be weeks away 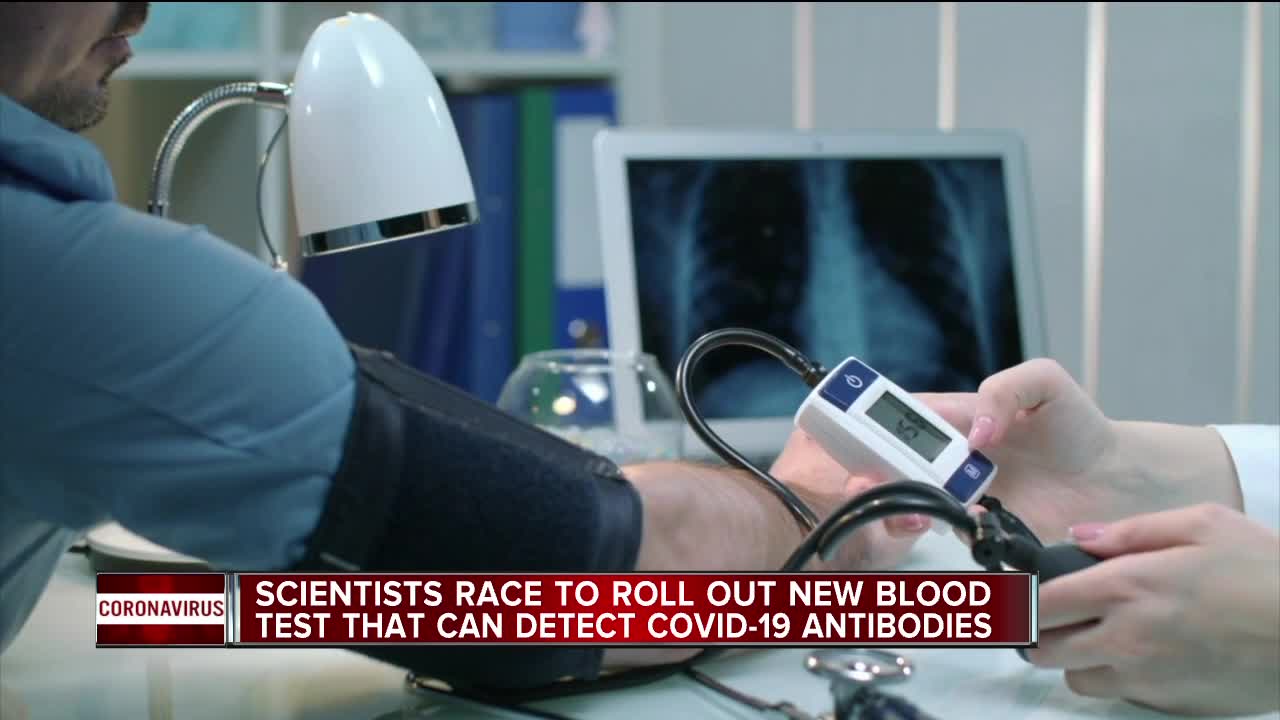 A blood test that identifies immunity to the coronavirus could be released in the coming weeks, according to federal officials.

(WXYZ) — A blood test that identifies immunity to the coronavirus could be released in the coming weeks, according to federal officials.

In addition to offering peace of mind to those who experienced symptoms from the disease but never received a test to confirm its presence, a blood test would also identify who can return to the workforce.

Before the coronavirus pandemic took hold in Michigan this month, Tim Englehart was sidelined by a mystery illness. He had many of the symptoms of coronavirus, but doctors never performed a test.

“I was having a real struggle breathing. A lot of wheezing, congestion,” he said.

After repeated visits to the doctor’s office, where doctors tested for everything from bronchitis to pneumonia to asthma, Englehart said he was told: “This is something we have not seen.”

His symptoms finally resolved after about a month, but Englehart wonders today if he was afflicted with coronavirus.

He could soon have an answer. As soon as next week in the U.K., an at-home blood test could begin to be shipped out. The test looks for antibodies of the disease, which means you’ve developed immunity. Here in the United States, a number of labs and drug companies are working on a similar test.

How long immunity from COVID-19 lasts is unknown, according to scientists, because of how new the disease is. Most doctors believe immunity will last at least several months, if not longer.

Dr. Paul Thomas is a primary care physician in Detroit, who says he’s seen patients this month that he suspected could have coronavirus, but couldn’t be tested.

“The more people who are immune to the virus that’s circulating, the less likely it is to spread widely in our society,” Thomas said.

For doctors and nurses sidelined over a fear of past exposure to the disease, an immunity test would confirm who is and isn’t safe to return to practice and free up scare protective equipment.

“If they know they have immunity, they could get back to work,” Thomas said, “taking care of patients and saving lives.”

How soon the tests could be available isn’t certain. On Monday, the White House said it could be a matter of weeks or longer. Right now, at least one company says it has a test ready and is seeking approval from the FDA.

When a test finally is approved, it’s unclear if it will be performed in a doctor’s office or your own home.