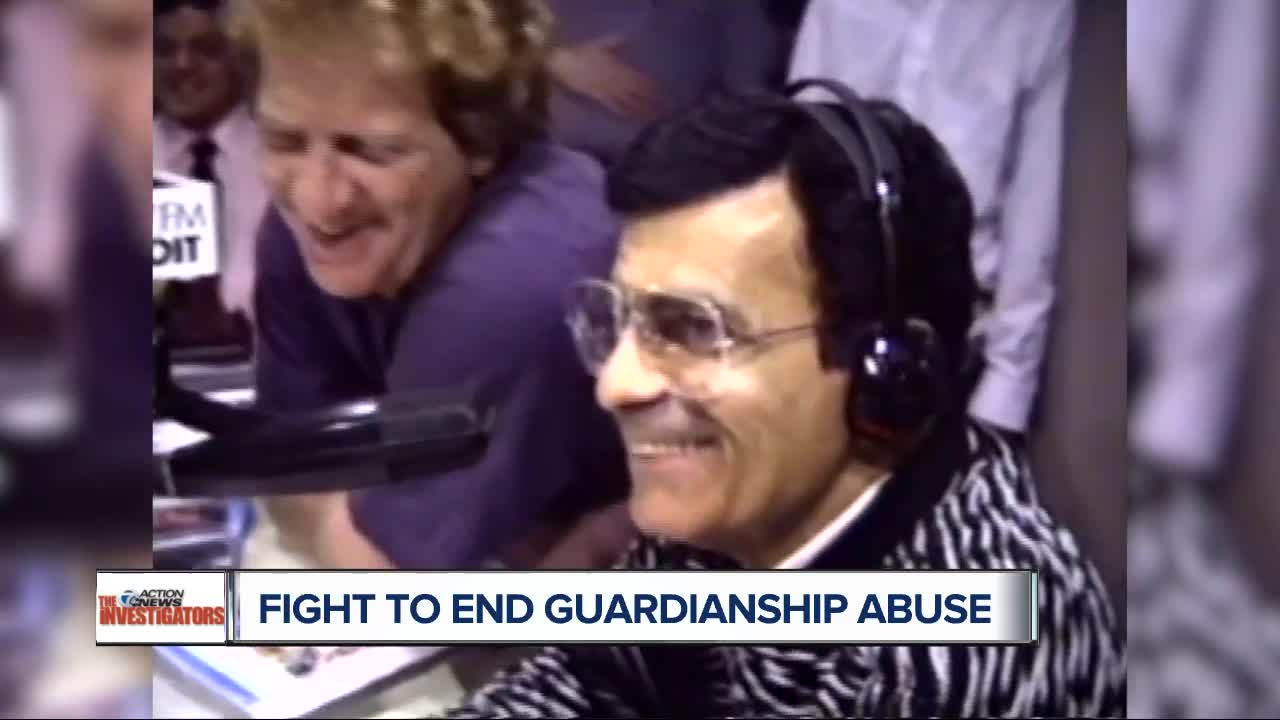 A 7 Action News investigation into the probate courts and guardianship continues to gain attention from around the country. Now, a national advocate who's been fighting against elder abuse is speaking out.

(WXYZ) — A 7 Action News investigation into the probate courts and guardianship continues to gain attention from around the country. Now, a national advocate who's been fighting against elder abuse is speaking out.

After we first showed you have a Macomb Co. woman has been fighting to have access to her elderly parents under guardianship – social media has been buzzing with so many of you coming forward to us saying you've had problems in the court as well.

This weekend – Casey Kasem’s daughter Kerri was in town – and she’s trying to end guardianship abuse across the country.

Related: 'I just want my parents back.' Woman says company imprisoned her parents in their own home
Related: Why did a Macomb County judge put strangers in charge of the elderly couple instead of the family?

Last week we showed you how Marcie Mitchell was fighting to be able to see her parents after Macomb County Probate Judge Kathryn George appointed a guardianship company to take over Bob and Barb’s lives.

"It's absolutely insane. It's disgusting," Gretchen Sommer, the niece of the elderly couple, said.

Before the 7 Investigators started asking questions about that guardianship company, Caring Hearts Michigan Inc., Marcie Mitchell says she had not seen her dad or her step-mom in more than a month.

On Friday- the Michigan Supreme Court and Attorney General announced they are looking into this case – and the Macomb County Circuit Court Chief Judge will be reviewing all of Judge George’s docket in the wake of our investigation.

This weekend – relatives were finally able to visit Barb and Bob -- and say both have lost a lot of weight.

"There is a major guardianship problem in Michigan," Kasem said. "I get tons of letters, I see news stories all the time."

Kasem became a national elder abuse awareness advocate after her own father, radio celebrity Casey Kasem, was kept from his children in a guardianship dispute before his death.

She was in town this weekend for an event – and spoke to 7 Action News about guardianship problems.

"So a judge will appoint a for-profit guardians, and a guardian only makes money when they have somebody who has a bank account, who has a house," Kasem added. "In abuse, the first step is isolation, so when you isolate somebody, you can abuse them financially."

Kasem has helped get anti-isolation laws passed in several states – and she hopes Michigan will follow suit.

"I miss my dad every day, and what he went through – nobody should go through, and this is why I fight so hard to keep families together," she said.

Caring Hearts Michigan has maintained that Barb and Bob were living in terrible conditions when they took over, and a spokesman says their only concern is their safety and well being.

The family denies that were living in bad condition