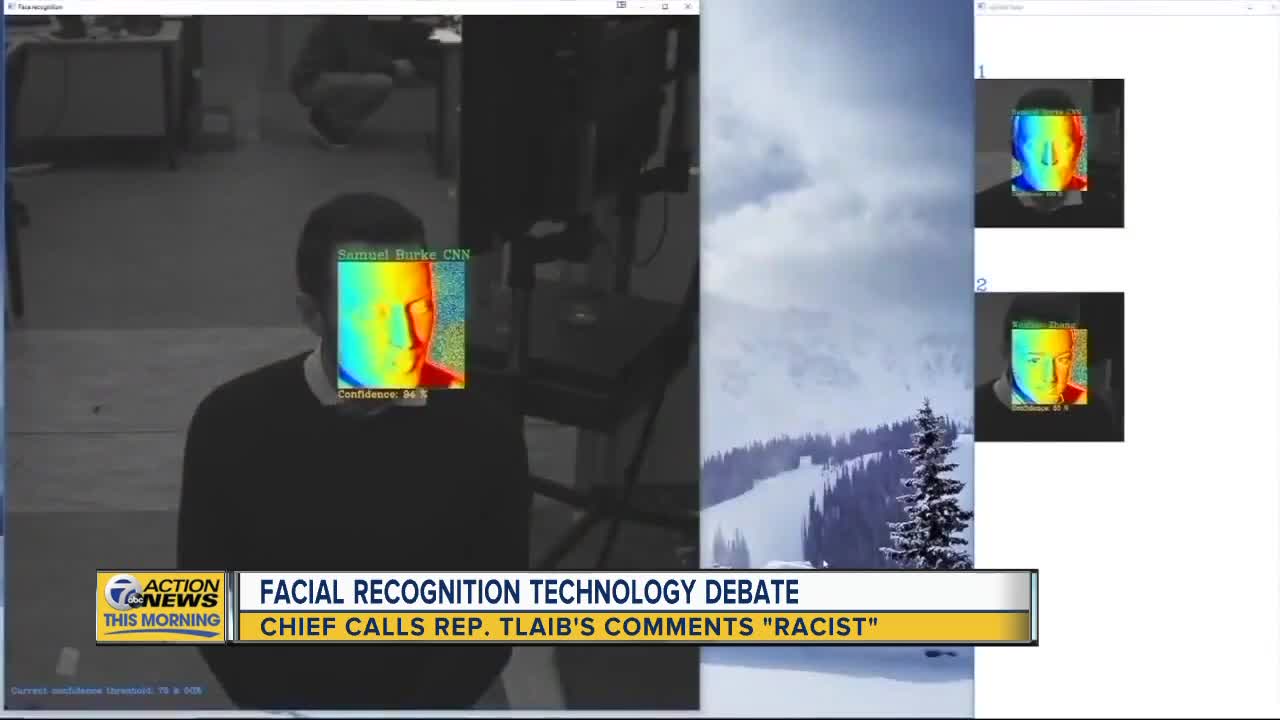 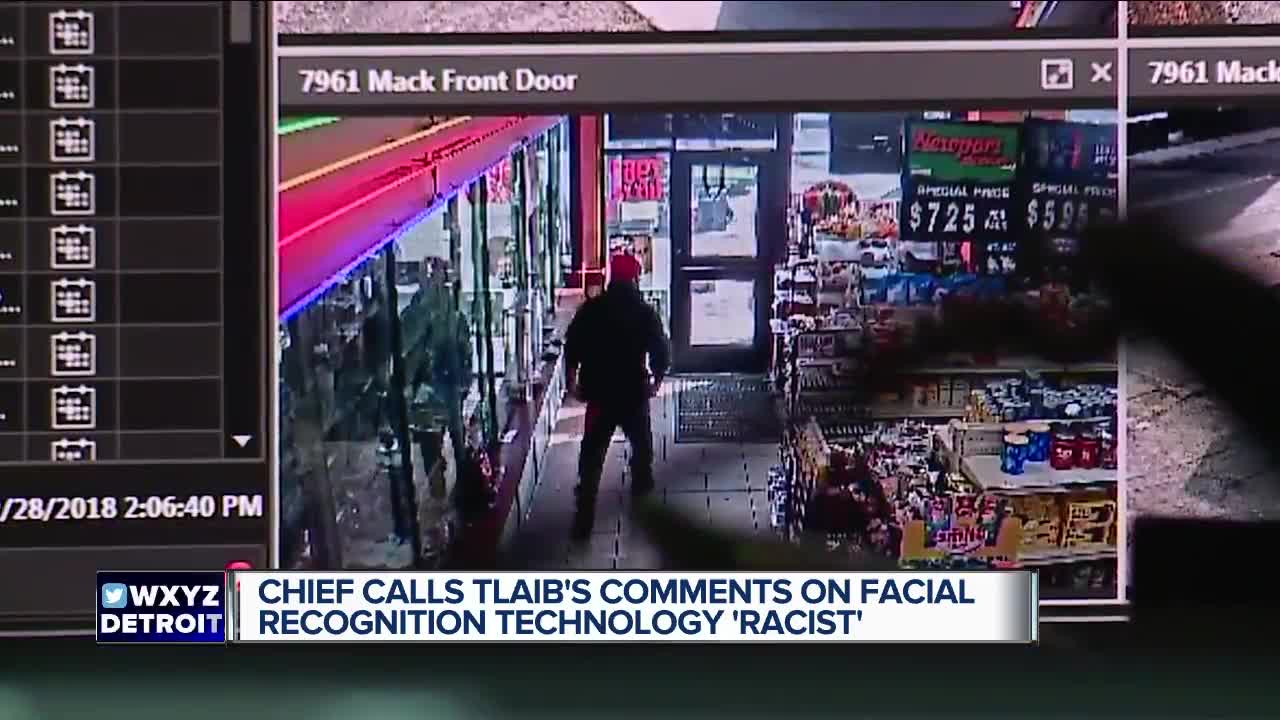 Chief James Craig blasted those comments by Tlaib in an interview with 7 Action News.

"If I had made a similar comment people would be outraged," said Detroit Police Chief James Craig. "They would be calling for my resignation."

Congresswoman Tlaib was escorted on a tour of the Real Time Crime center inside DPD Headquarters when she made the controversial comment.

On Wednesday, she told 7 Action News she stands by her words.

Tlaib shared the science behind her statement, and explained how/why she came to the conclusion -- telling @wxyzdetroit that the real bias comes from the facial recognition program, itself. Catch her thread/info, here: https://t.co/QUzMtv09As

"Facial recognition technology, or call it 'software,' is racist itself," Tlaib said.

She has been an outspoken critic of the software. She wrote on Twitter on Aug. 20, "@detroit police you should probably rethink this whole facial recognition bull----."

RELATED: Detroit police board votes to approve DPD's use of facial recognition technology

A study at the University of Glasgow suggests that our brains encode other-race faces primarily according to the racial group they belong to, rather than by distinguishing features.  https://t.co/3vRP6VD0hw 5/7

Chief Craig said her remarks were insensitive and members of the force are troubled and outraged.

"I had a conversation with Union Vice President Ron Thomas who is infuriated," Craig said. "He said we would rather she fight for us to get us more money or more jobs, and he said their support for her is in question at this point."

Tlaib said her colleagues on both sides of the aisle in Washington are concerned about the technology and how it can misidentify people, especially people of color.