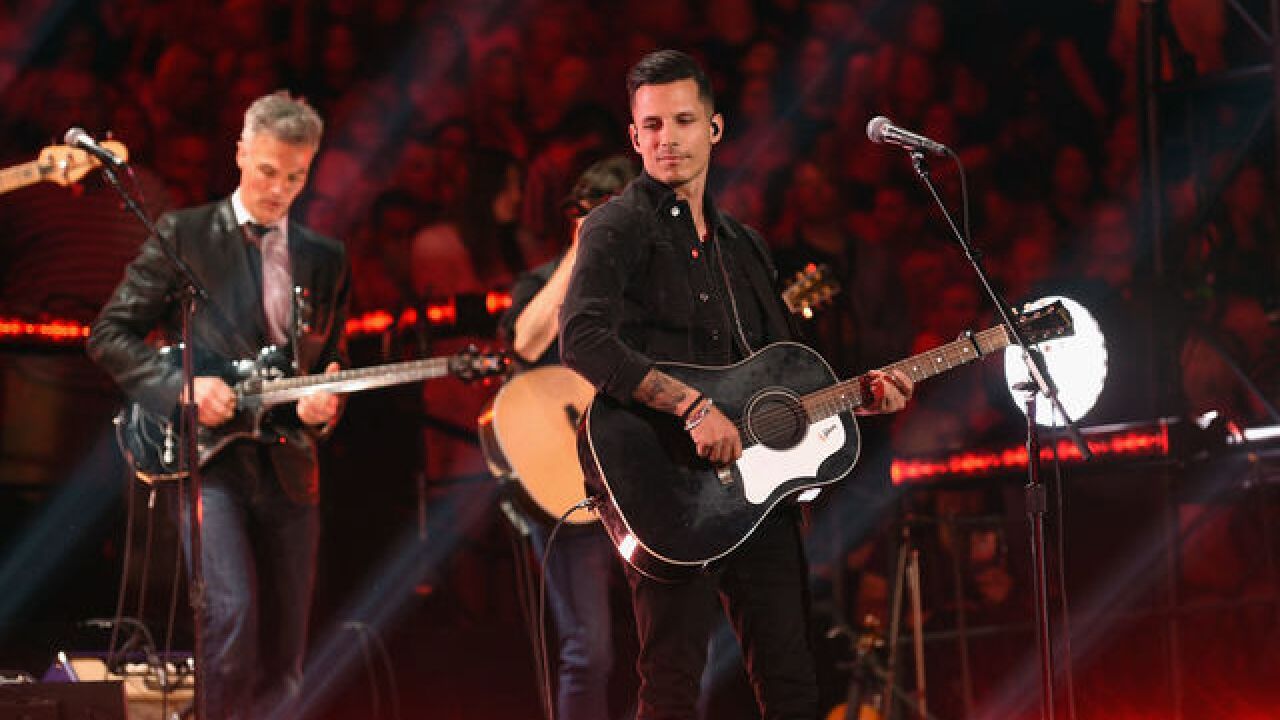 He announced his first headlining tour, “Stray Off Course,” in August, and he’ll play a sold out show at Coyote Joe’s in Shelby Township on Friday night. He's played metro Detroit several times, and even had a New Year's Eve show last year at Kid Rock's Made in Detroit bar at Little Caesars Arena.

Dawson had previously opened for Tim McGraw and Faith Hill, Brett Eldredge and many others, but he said he’s excited to get out on his own.

“It’s cool to get to learn a lot from other people, see what works, see what you might be able to use in your own show one day,” he added. “But it’s also nice to get to stretch out a little bit and be our show. I’m a new artist and I have one album, but I get to play my entire album.”

What it means to be a “Dark Horse”

Dawson’s new single, also called “Dark Horse,” is expected to hit the radio airwaves in the next few weeks and continue into January 2019. “Stray off course” is a line in the song which goes, “I’ll side with the outsiders / Those longshot last-round fighters / Anyone who ain’t afraid to stray off course.”

“Stray off course is kind of a motto, kind of a way of life. Don’t be afraid to get out of your comfort zone because that’s when life begins,” Dawson said. “It doesn’t mean you can’t keep sight of your goals, but if you have to go on the backroads to get there, if you have to take the scenic route, it’s OK to be a little different, and that’s what ‘Dark Horse’ is all about.”

The reaction to “Dark Horse” has been incredible, according to Dawson. One of the things he loves most is to learn how much it impacts someone.

“When I wrote ‘Dark Horse’ the song, it was this way for me to be selfish in a way and explain who I am to people, as a new artist,” he said. “It’s cool to see, even though it started out as just my song, it’s turned into this anthem of people being like, ‘this song is about me. You wrote that about me. Every word is for me,’ and it’s cool to see it take on a life of it’s own. I didn’t really expect that, but I welcome it.”

He even sticks around after the shows until the club closes.

Now, Dawson is asking fans what makes them a Dark Horse. In a video posted to his YouTube channel, Dawson is asking fans to upload a video on Twitter or Instagram of them explaining how they are a dark horse and how his song has impacted their life. He also wants people to tag him, @ZDevin and use the hashtag #DarkHorseFamily so he can see them and watch them.

“Every single member of the Dark Horse family has their own unique and interesting perspective on what makes them a dark horse. I’m really excited to hear that and share it with the world,” Dawson said in the video.

Extending his tour & what fans can expect

Just a couple days ago, Dawson announced he was extending the tour through February with dates across the country. He tells me that he wants fans to put on a show that he would like to see as a fan. His plan is to back up the album with the live show.

Dawson said during the show he plays the entire album, and is on stage for 75-90 minutes each night, a lot for a new artist. He also doesn’t do any covers and instead likes playing music he wrote and telling his story. The fans appreciate that as they told him on social media they like that he doesn’t play covers.

In June, he won MusicRow’s Breakthrough Artist-Writer of the Year award.

“We also play a couple of new songs that one has ever heard, just trying some stuff for the new album,” he said. “But we like to take these songs to the next level. Every single one should have it’s own moment live. We try to make a moment out of every single song.”

Dawson tells us that he’s learned so much already on his headlining tour, and that’s he feels so blessed to play music and travel for a living.

“I’m really excited to take this knowledge to the next chapter with Dark Horse and then beyond that to the next album and just kind of make really intentional decisions, and make music that everyone can be happy with,” he said.