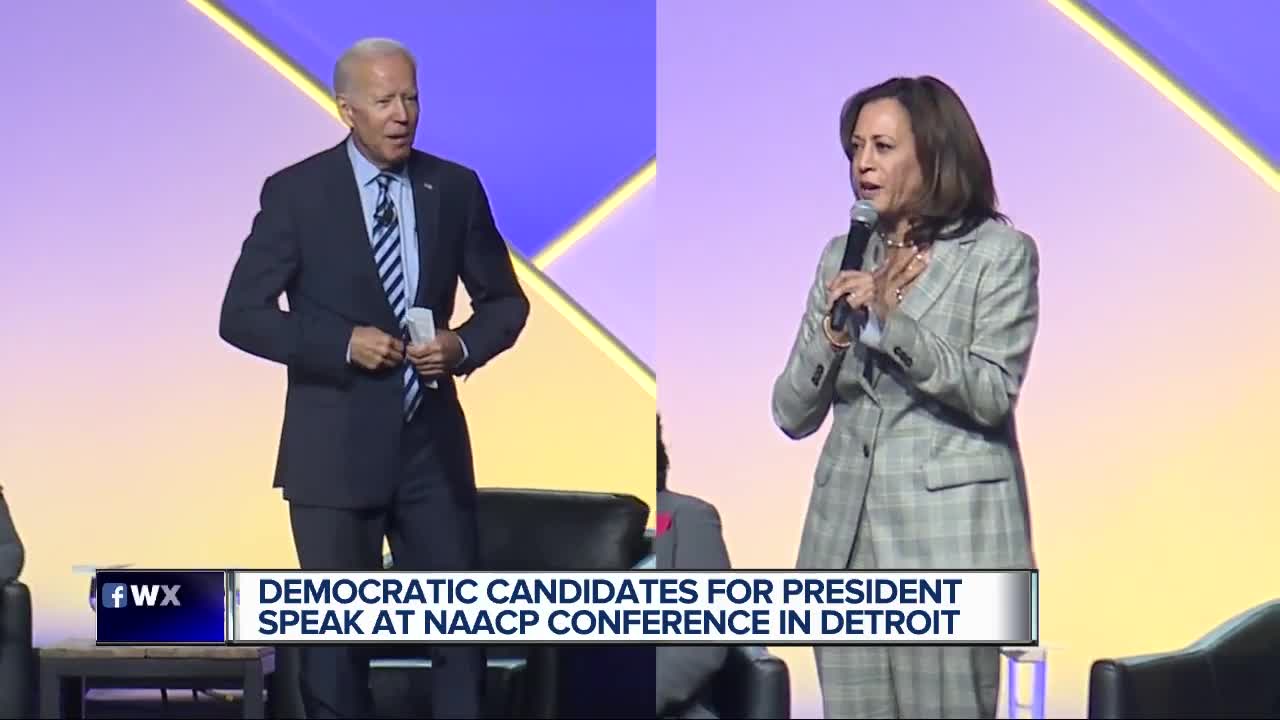 The two CNN Democratic Presidential debates in Detroit are next week, but several candidates have been in metro Detroit over the past few days for the NAACP Convention at Cobo Center.

DETROIT (WXYZ) — The two CNN Democratic Presidential debates in Detroit are next week, but several candidates have been in metro Detroit over the past few days for the NAACP Convention at Cobo Center.

On Wednesday, the 110th convention wrapped up with 10 presidential candidates on stage. Those include:

Republican Bill Weld also attended the convention. The two topics that seemed to dominate the conversation; the first was President Donald Trump.

"A president like this doesn't even come within cheating distance of the oval office if everything’s going OK in our country," Buttigieg said.

"This is a man who has broken the law and he should be impeached," Warren said.

"I'm going to tell you something, we have a predator living in the White House," Harris added.

The other major topic that was touched on was criminal justice reform.

"We now have more African Americans under criminal supervision then all the slaves in 1850," Booker said.

"Too often times, if you’re especially a young black man in this country, you’re treated differently at the hands of police," Castro said.

"We have to admit that this criminal justice system is racist and go from there," Klobuchar added.

"We should shift the whole focus from what we’re doing in terms of incarceration to rehabilitation," Biden said.

Many candidates used their time to talk about Detroit and the NAACP audience.

"e follow the lead of people like Denish Poindexter, who told me about the facts that you have so many trans women of color who are being killed in this country," O'Rourke said.

Only two of the 10 candidates – Biden and Harris – got standing ovations. Audience reaction to the candidates was mixed.

"overall I think they probably got their points across but again I just didn't hear enough of what I wanted to hear," Benjamin Scott, who was at the conference, said to 7 Action News.

"I like Elizabeth Warren’s plan. I like that she has an idea for all of us. for black people for white people for all people," Tamara Drayton added.

"I was very thankful that they would come out here and not only talk about African American issues but also talk about other issues," Keturah Butler-Reed said.