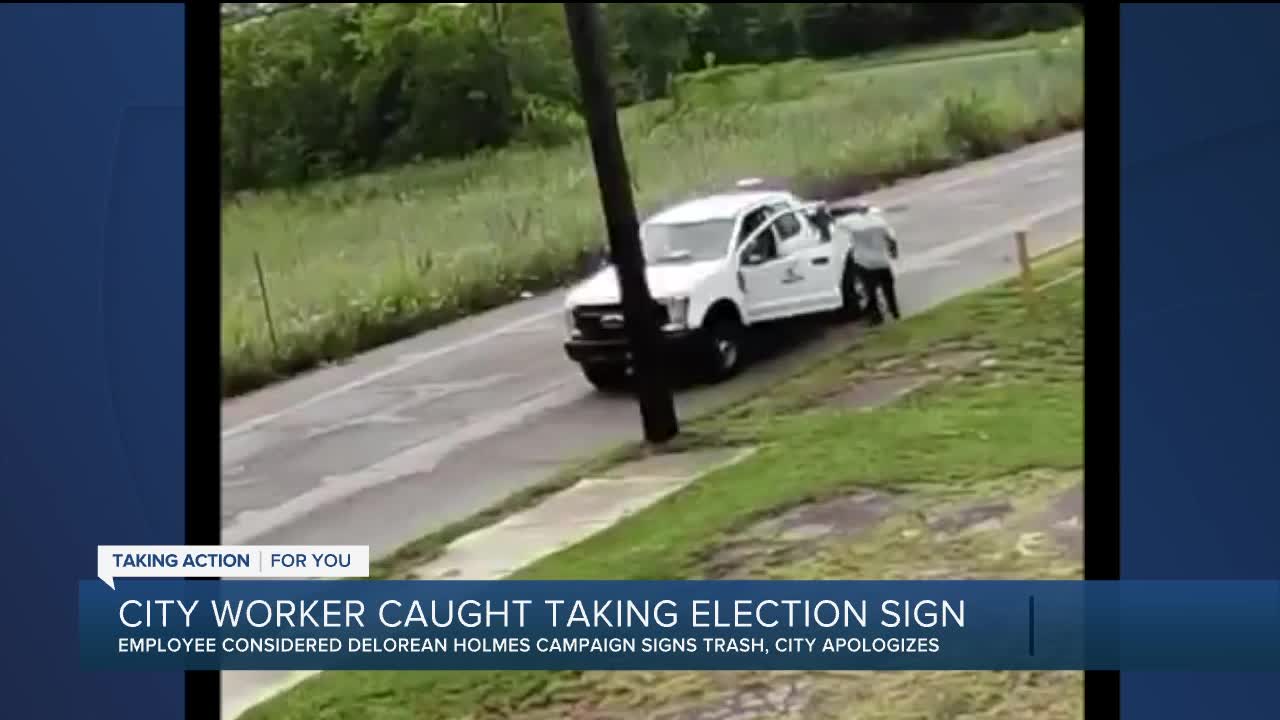 DETROIT (WXYZ) — A Detroit city worker is seen on video removing a campaign sign from the property of a Detroit homeowner.

This happened around 9 a.m. Sunday morning at the home on E. Palmer and Helen.

The campaign sign was for State Representative candidate Delorean Holmes (D), a graduate of Cass Tech and a proud east sider. He told 7 Action News he received a call from the homeowner not long after the sign was taken.

A spokesperson with the city of Detroit sent us a statement, saying "The city routinely has workers out removing thousands of signs of all types that are illegally placed in medians, on other public property or stapled to electrical poles in an effort to keep our community attractive... at the time he believed he was removing a political sign from a publicly owned vacant lot, when in fact the vacant lot along Palmer and the home next door on Helen are owned by the same gentleman. We apologize for the mistake and will make sure the homeowner has his sign returned tomorrow morning.”

Holmes is still skeptical, given the fact there are just a couple days left before the polls are closed for the election cycle.

More than a dozen candidates are competing for that office which includes part of Hamtramck and midtown. The homeowner involved in this case, did not wish to talk on camera.