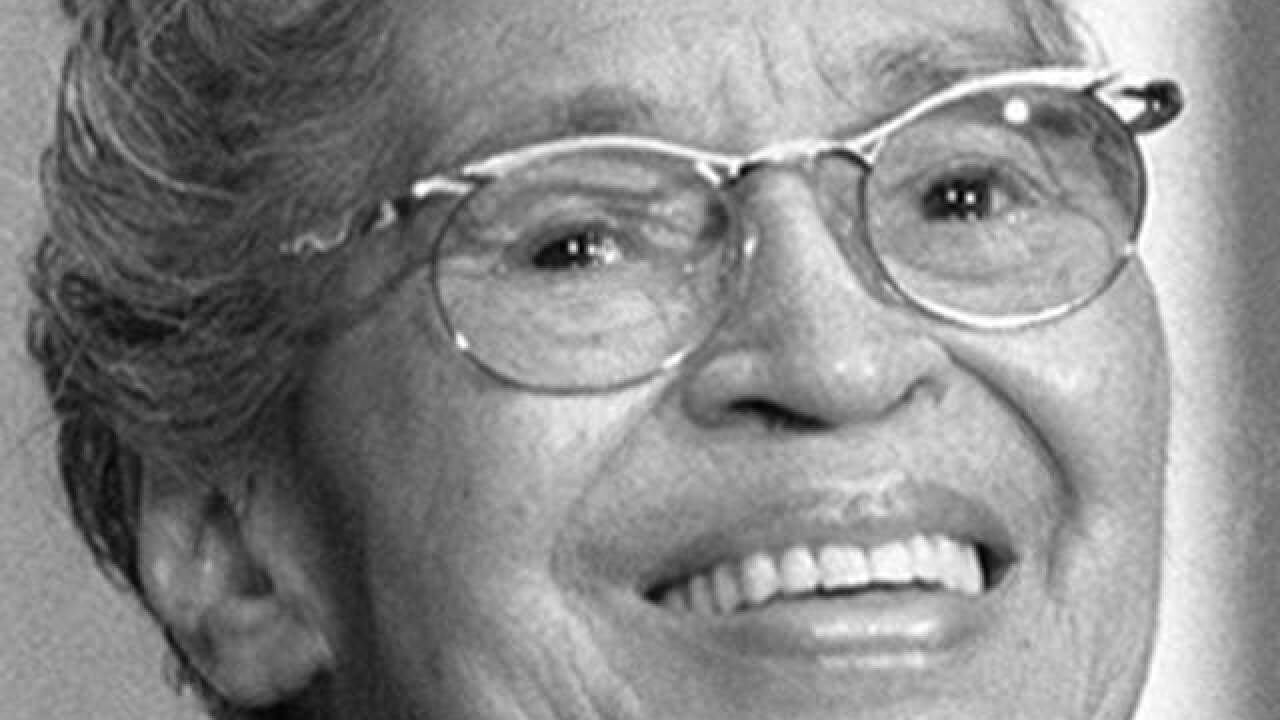 DETROIT (WXYZ) — Detroit author and historian Dr. Danielle McGuire is getting a nod from The New York Times for a book she wrote in 2011 on racism and sexual violence.

"At the Dark End of the Street: Black Women, Rape, and Resistance — a New History of the Civil Rights Movement From Rosa Parks to the Rise of Black Power," focuses on among other things, Black female activism and the role it's played in major civil rights movements.

A central figure in the book is civil rights activist, Rosa Parks. Most know her name well, but what's less known is Parks' work as an NAACP investigator prior to the Montgomery Bus Boycott. It's Parks' work in the 1940s which McGuire focuses on.

In `1944, Parks traveled to Alabama to investigate the kidnapping and rape of Recy Taylor, a Black wife and mother who was assaulted on her walk home from church in Abbeville, Ala.

“Rosa Parks was a daughter of the south. She knew the dangers she was putting herself in," said Kim Trent, the president of the Rosa Parks Scholarship Foundation in Detroit.

Both Parks and Taylor fought for her attackers to be brought to justice, however the crime was never prosecuted. Two all-white, all-male grand juries failed to indict the men, despite one of them having confessed.

Through her research, McGuire learned it was not uncommon for sexual violence against Black women to go unprosecuted during the Jim Crow era in the south.

TOMORROW @wxyzdetroit -- the role of Black women in civil rights. We know the name Rosa Parks. But it's the Rosa Parks before the Montgomery Bus Boycott you may be less familiar with. She was an @NAACP investigator -- and tried to get justice for a Black woman in 1940s Alabama. pic.twitter.com/qMHqobBScn

The New York Times lists McGuire’s book as one of six to read to grasp how we got to this moment.

“We get a whole new civil rights movement with Black women at the forefront, where they deserve to be. And their stories and their experiences really being catalysts for the movement that we think we know," McGuire told 7 Action News.

McGuire's book discusses how Black women historically have navigated and challenged systems that largely -- were not designed to protect them.

“We as a country, do not value Black women the way we need to. And so they remain vulnerable to violence, vulnerable to sexual assault vulnerable to police attack, and their stories remain largely invisible," the author said.

Nakia Wallace is the co-founder of Detroit Will Breathe, an activist organization that is going on Day 33 of protests and marches against police brutality following the deaths of George Floyd and Breonna Taylor at the hands of police.

“We are obviously providing solidarity to our brothers and sisters across the country. But also really looking to achieve local change," Wallace said. “The fight against racism and white supremacy is certainly connected to the fight against misogyny and sexism.”

Black womens' role in social movements has always been there, McGuire and Trent point out. Today is no different.

Wallace said despite being a co-founder of Detroit Will Breathe, she's often been referred to as simply an activist, or a protester.

"I think that we've seen a lot of victories," Wallace said of Detroit Will Breathe. "One, breaking the curfew; making DPD and the Mayor's office have to back off. Two, getting the question of facial recognition off of city council's voting," Wallace said.

But the organizer said there's also plenty of work still to do.

“Through the eyes and experiences of Black women, you get a whole new history that is way more interesting and way more important than the kind of watered down narrative we normally get," McGuire said.

Her book led to an official apology to Taylor from the Alabama Legislature; which according to The New York Times, called the failure to prosecute her attackers “morally abhorrent and repugnant.”

Rosa Parks went on to fight for fair housing in Detroit in the 1960s. She also worked as a secretary and receptionist in U.S. Representative John Conyer's congressional office, and also served on the board of the Planned Parenthood Federation of America.