1 officer killed, another in serious condition after shooting on Detroit's west side 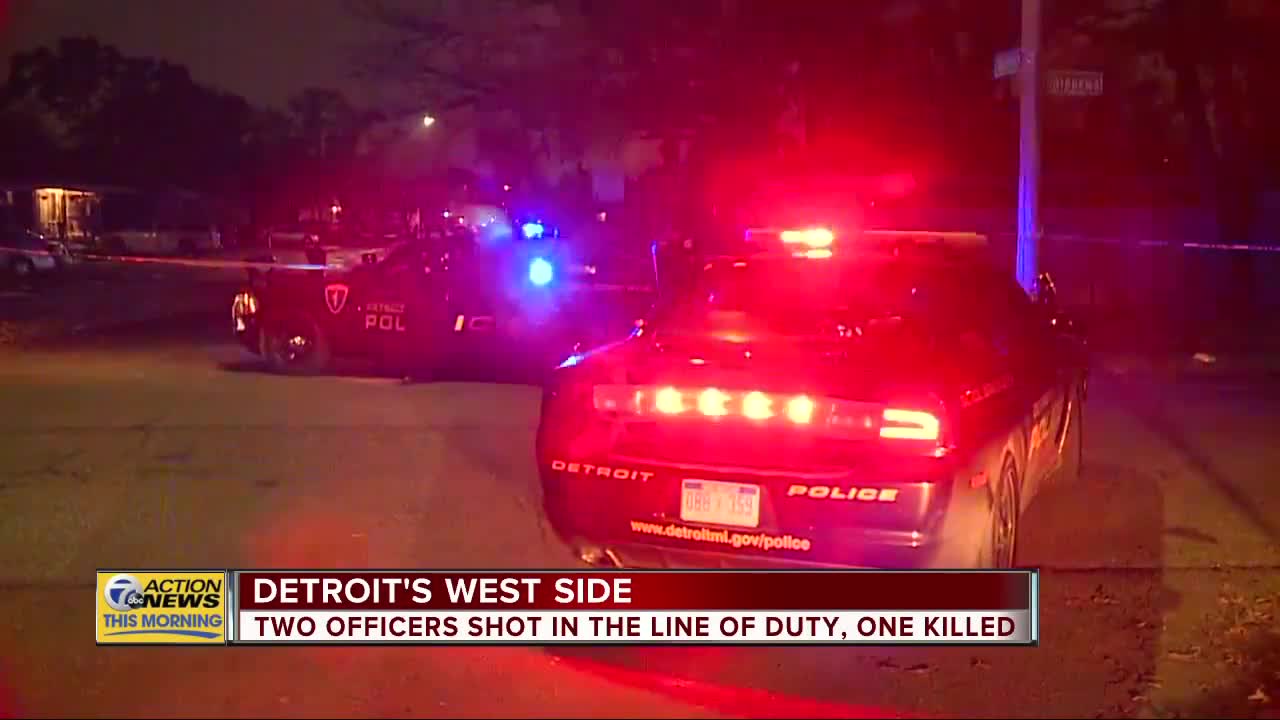 We're learning more about the shooting death of a Detroit police officer and the shooting of a second officer which happened on Wednesday night on the city's west side. 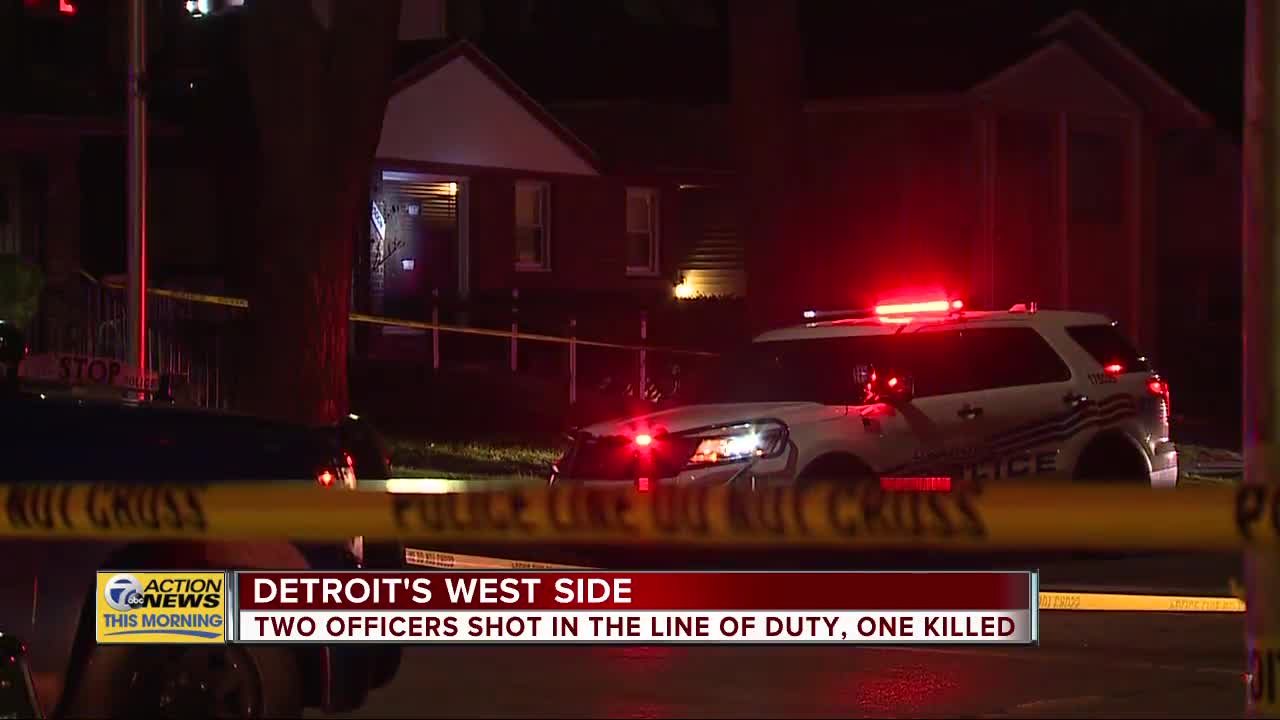 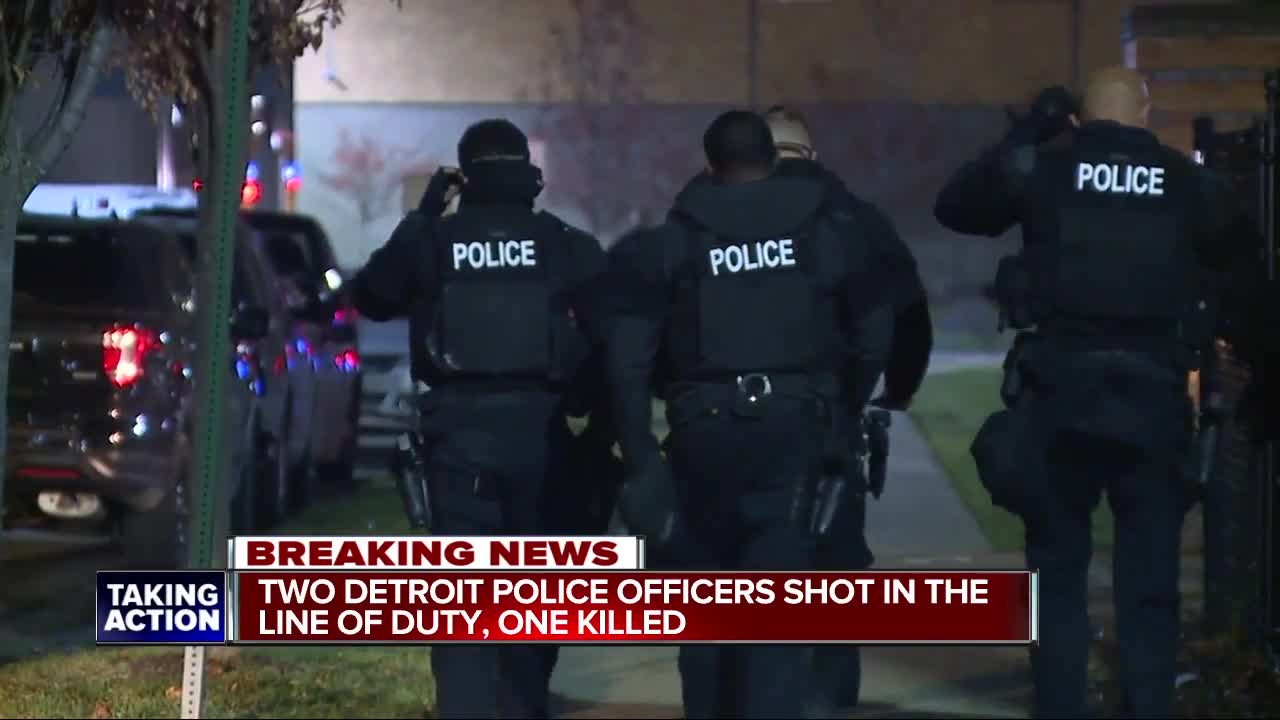 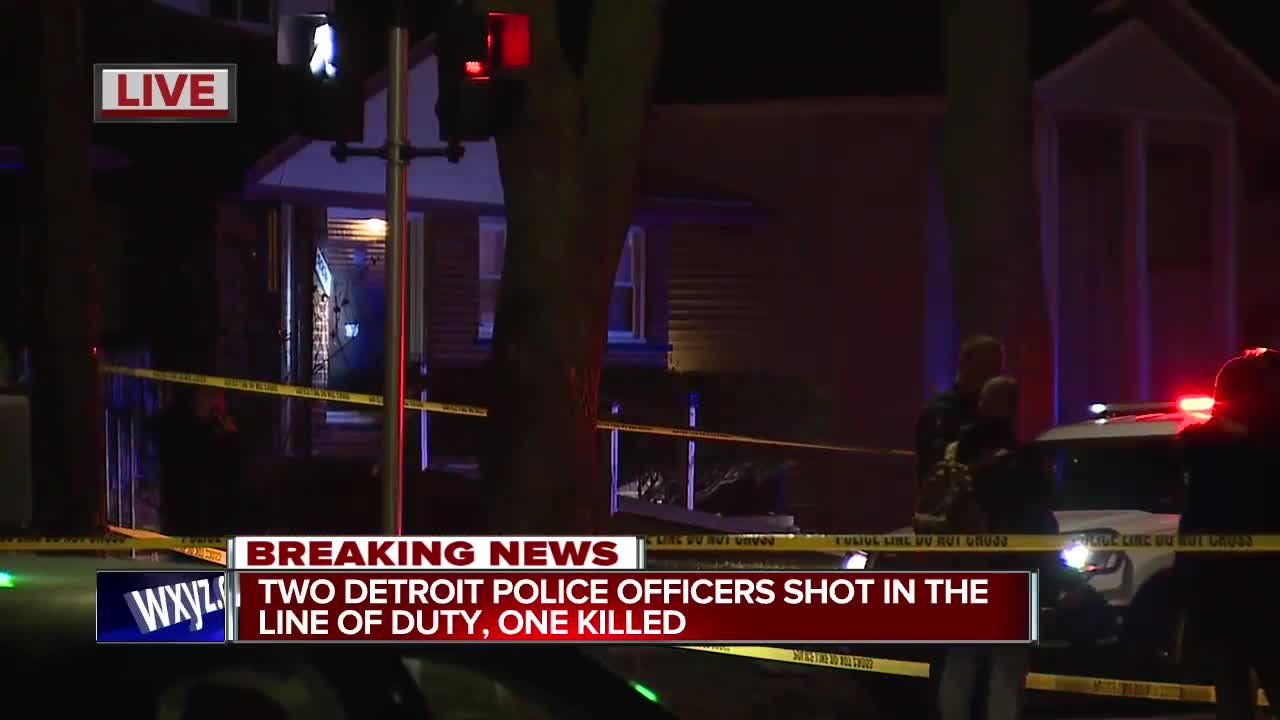 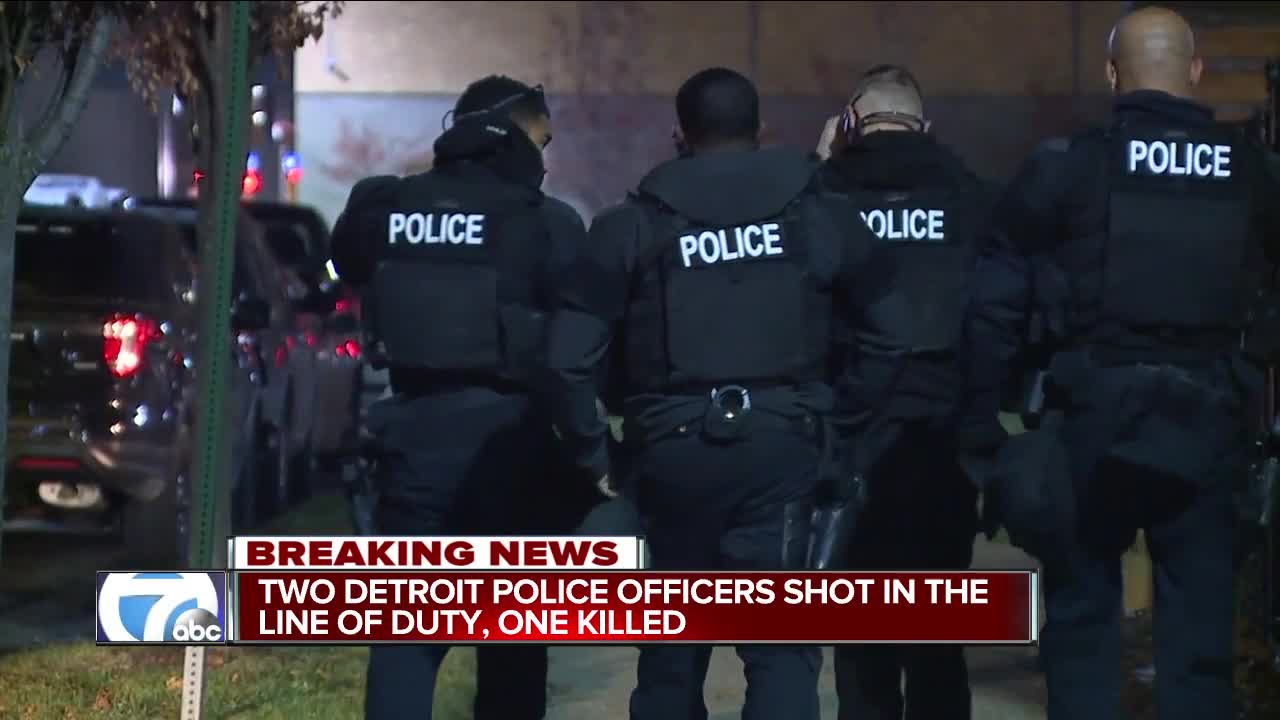 DETROIT (WXYZ) — A 16-year veteran of the Detroit Police Department has died after being involved in a shooting Wednesday on Detroit's west side.

"Today is a tragic day for the Detroit police family," Detroit Police Chief James Craig said while addressing media outside of Sinai-Grace Hospital.

Two police officers from Detroit's 12th Precinct were shot when responding to a report of a home invasion the area of Wyoming and Pembroke near Chippewa on Detroit's west side.

Craig said that once officers arrived on scene, occupants in the home began frantically running out of the home because of a suspect inside the home with a high-powered rifle.

Here’s what we know so far:
-2 officers shot
- transported to Sinai-Grace Hospital @AlanCampbellTV is there
-conditions unknown
-suspect in custody @wxyzdetroit pic.twitter.com/aH4TeIzjRV

Police say the suspect is now in custody.

Chief Craig said that one officer was able to return fire on the suspect, who was struck and injured. His condition is temporary serious. The chief adds that the suspect has a fairly lengthy criminal history involving weapons charges.

"We lost a hero," said Detroit Mayor Mike Duggan. "These nights are the worst part of the job for the chief and me. I think it's a night for Detroiters to reflect on what these police officers mean to us."

The three-year veteran is currently in serious condition at Sinai-Grace.

Also, told the suspect is in custody was found on Kentucky. More police continue to arrive here at the hospital pic.twitter.com/gs35Ysbmeq