3 of the shootings have been fatal 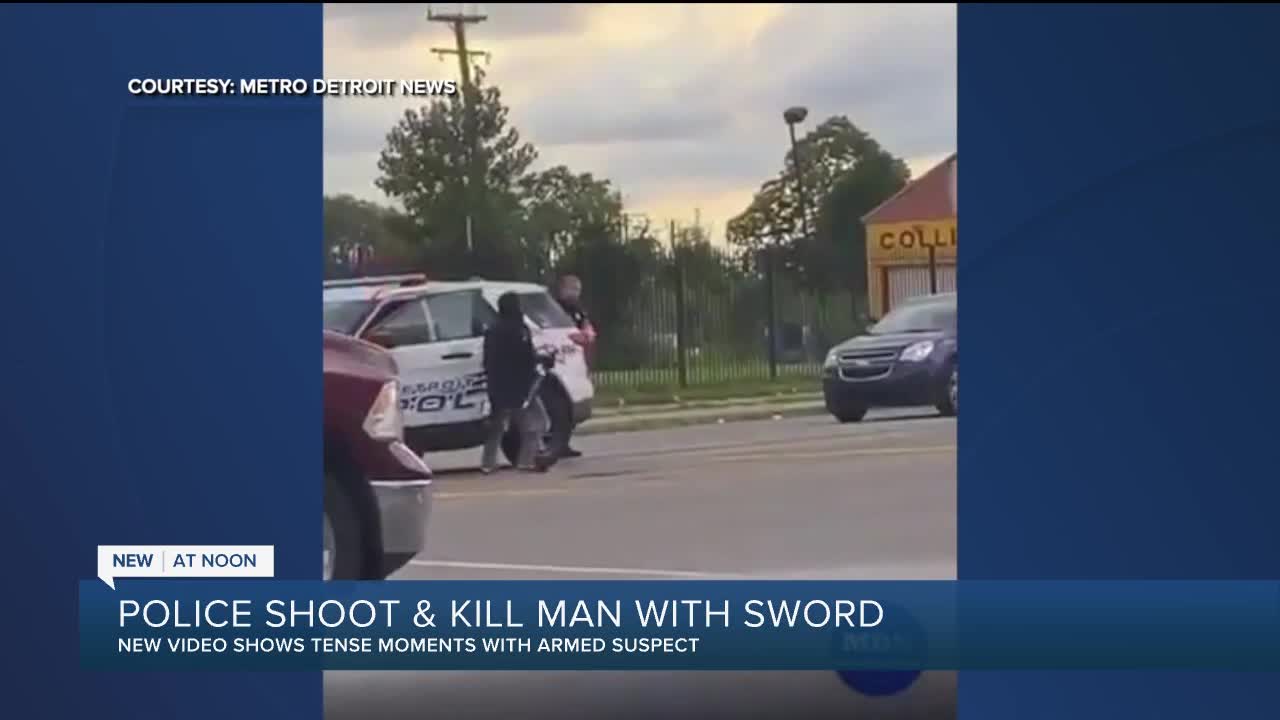 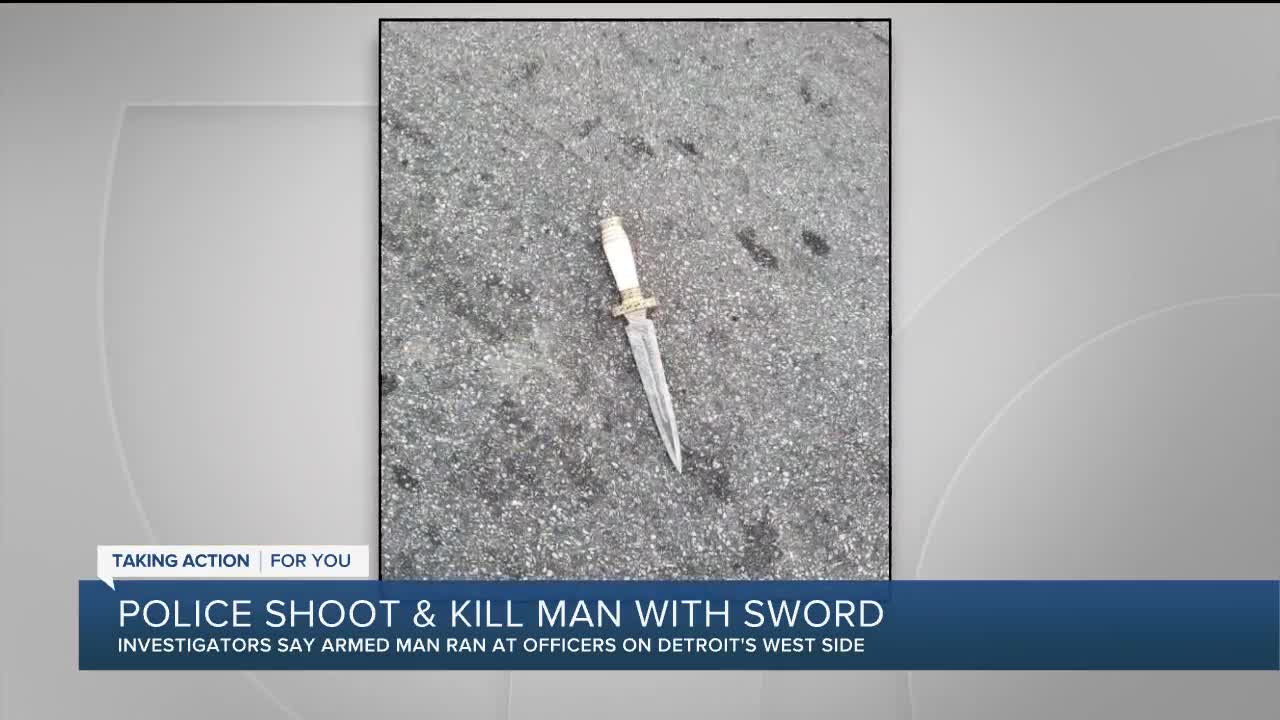 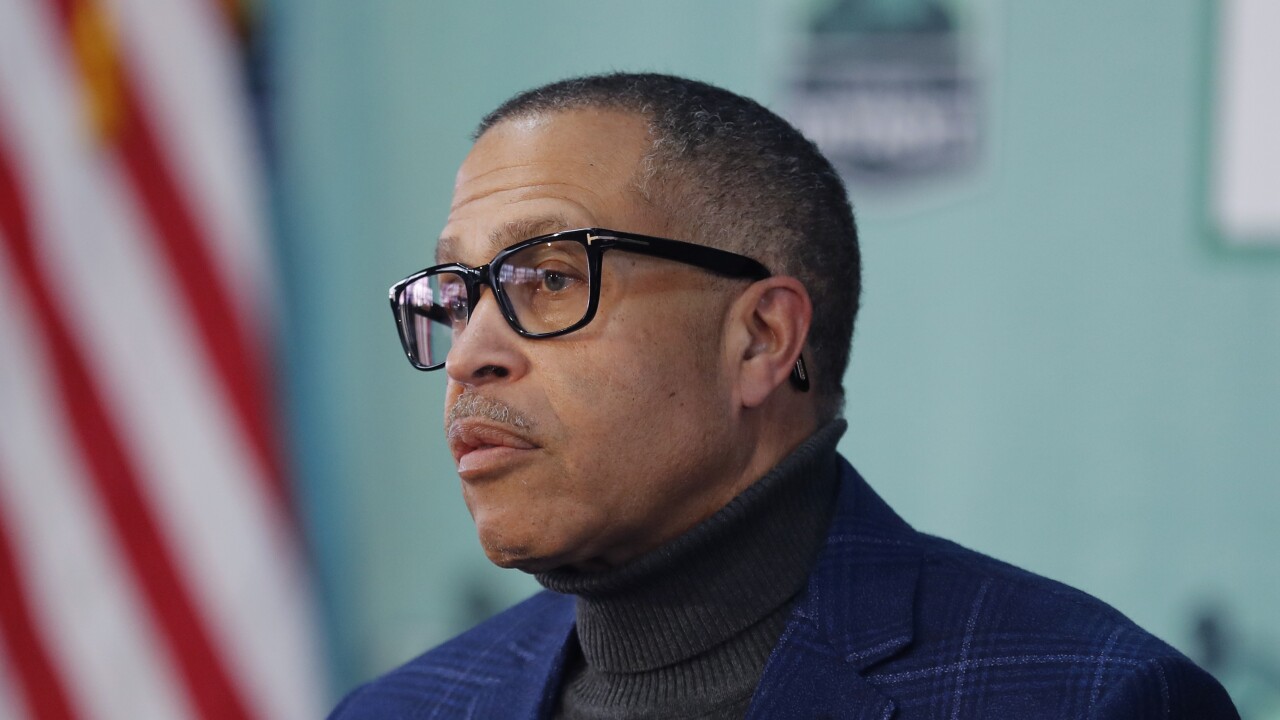 DETROIT (WXYZ) — Detroit police shot and killed a man they say was armed with a sword and two daggers on the city’s west side.

It happened Thursday night at the corner of Grand River and Meyer.

According to Chief Craig, the man ran at officers even after they told him to drop his weapons.

The suspect, who died at the hospital, was in his late 20s, according to Chief Craig. He says officers saw the man while driving on Grand River to an unrelated call. He says the man was swinging the 32-inch sword and when officers got out of their car, the man charged them.

“They asked him several times to drop the weapon. He refused," said Chief Craig. "Instead he continued to advance.”

DPD's chief says his officers first used a taser on a man swinging a long sword at the intersection of Grand River and Meyer, but that he was in some sort of protective gear.

According to @detroitpolice the man, believed to be in his late 20s, was wearing some sort of protective gear -- described as similar to hockey equipment, so that when officers first attempted a taser, it didn't work @wxyzdetroit

“Some describe it as something that hockey players wear. His forearms were covered so as the officers deployed the taser, it did not take effect.”

That’s when the chief says one of the officers shot the man, who later died at the hospital.

At some point, Chief Craig says the man threw a dagger at one of the officers, cutting them below the eye.

According to police, the man tried to get into the marked DPD cruiser.

“As he was chasing the officer, he entered into the driver’s side car, still armed with the very long sword. Again, he threw the dagger. And it appeared he had even beyond that, a third knife," the chief said.

Chief Craig says a good Samaritan blocked the car with their own, so that the suspect couldn’t get to the officer's vehicle.

This is the fourth time DPD officers have shot a suspect in the past month – three out of the four shootings have been fatal.

The chief says he’s noticed more attacks on his officers.

Right now, it’s unclear if this particular suspect was out on bail or their state of mind during the incident.