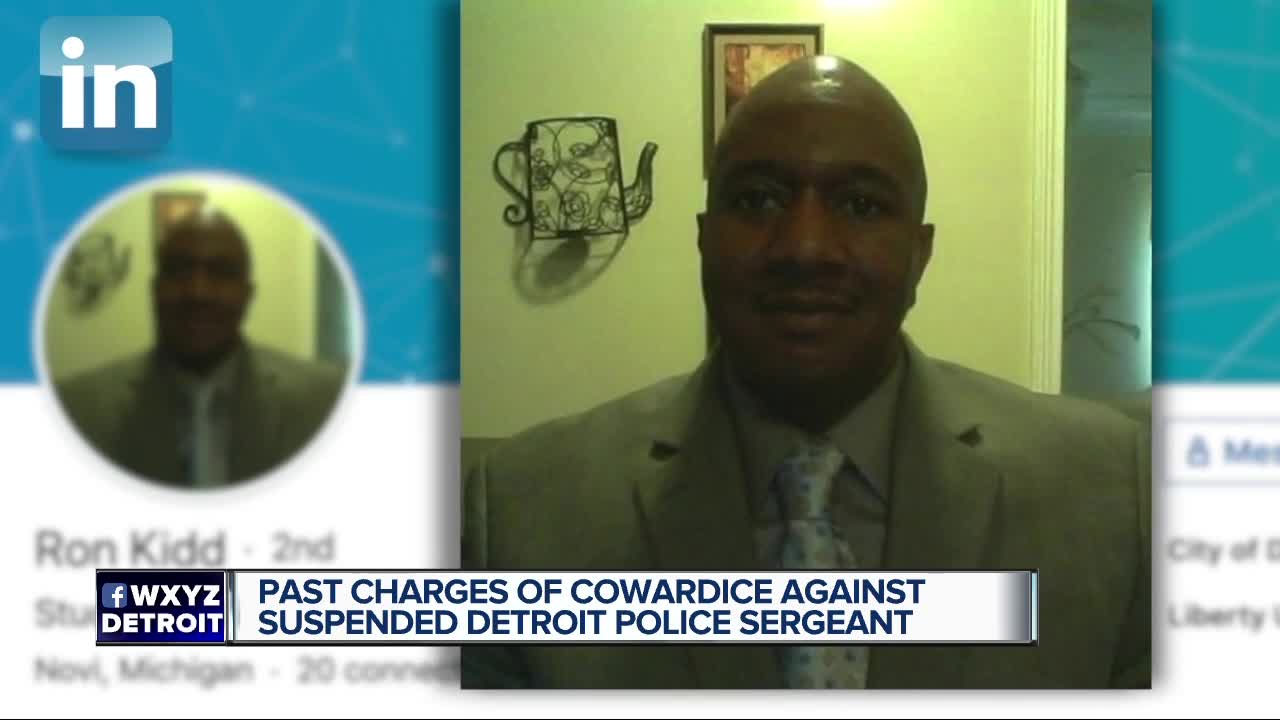 The Detroit police sergeant who was suspended in connection to the fatal shooting of Officer Rasheen McClain has previously been fired for cowardice, sources tell 7 Action News. 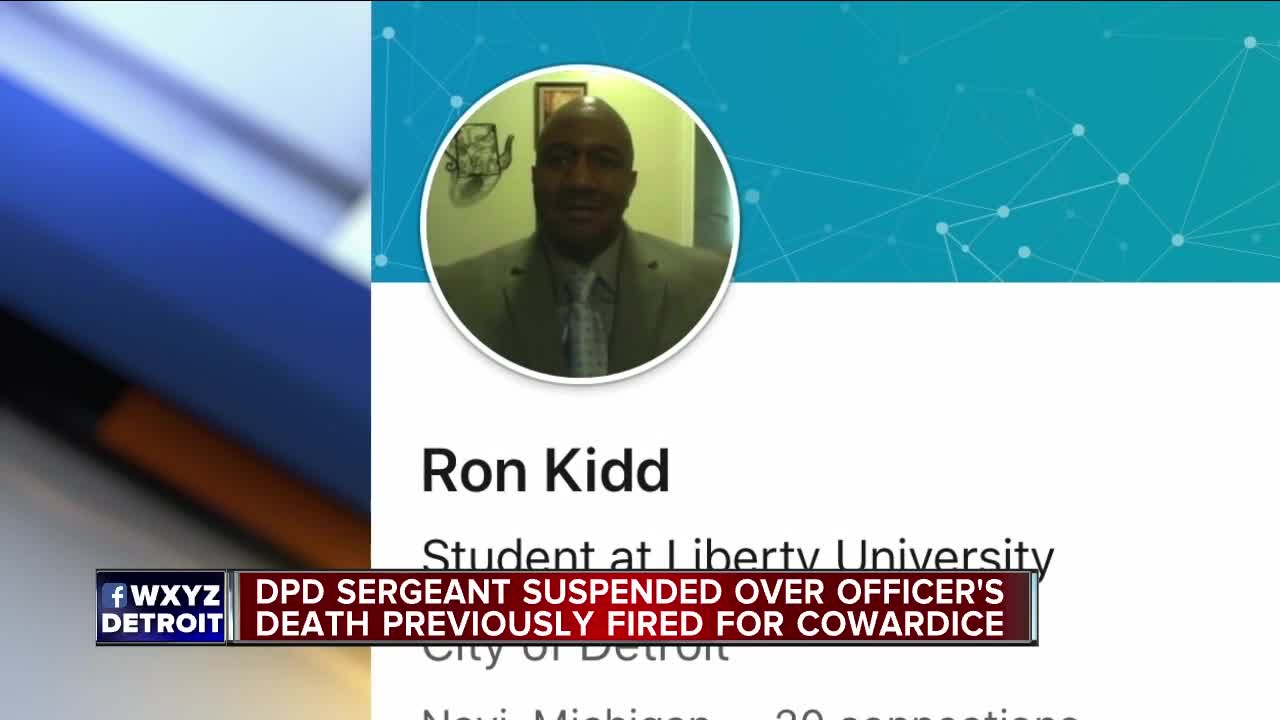 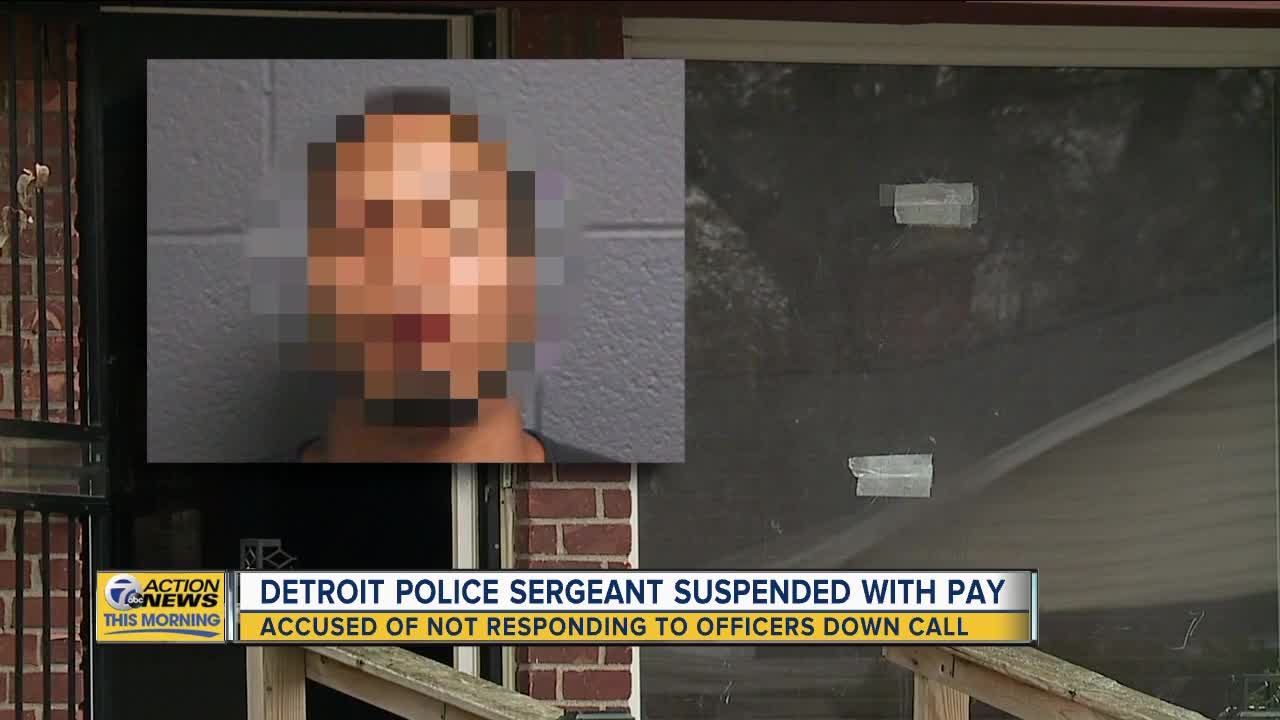 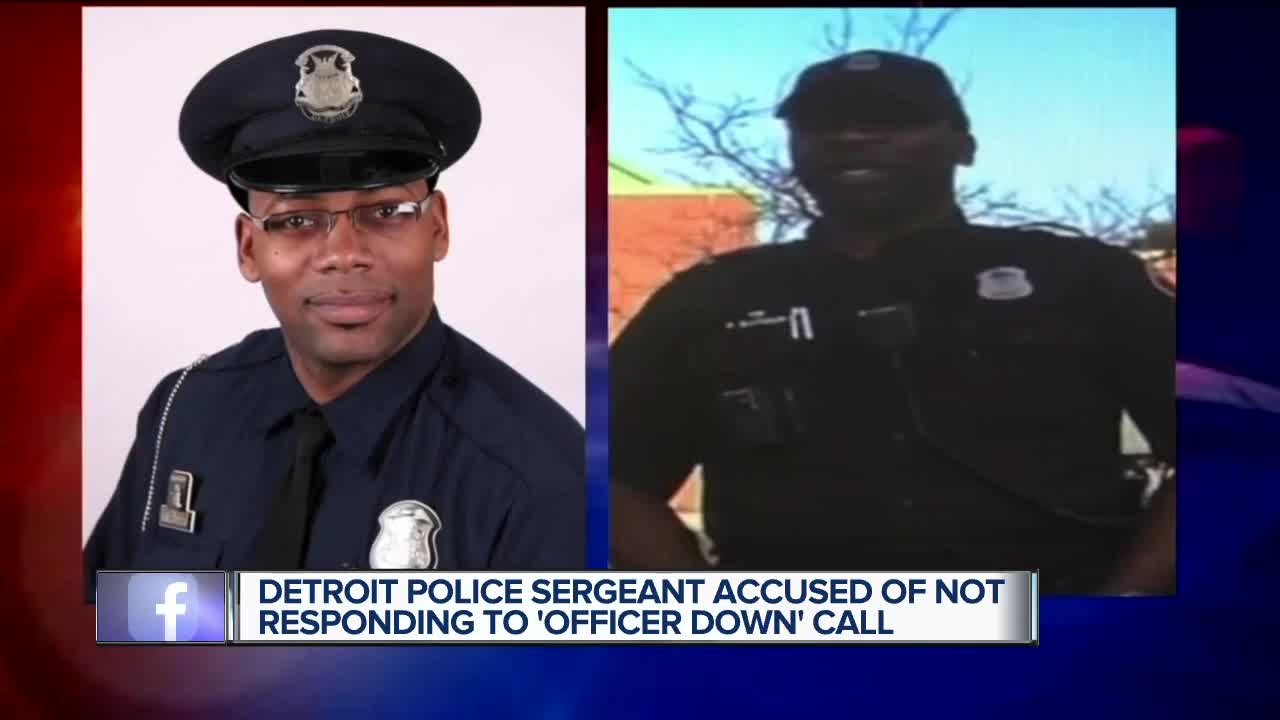 DETROIT (WXYZ) — The Detroit police sergeant who was suspended in connection to the fatal shooting of Officer Rasheen McClain has previously been fired for cowardice, Detroit Police Chief James Craig said.

According to sources, the department is now investigating how Sgt. Ronald Kidd was allowed to return after he was fired by an internal disciplinary board back in 2014.

"I remember the case because it was so troubling to watch his female partner fighting a mentally ill person in a detention facility, and he stood by and did nothing," Craig said during the press conference.

Chief Craig also said that a plea agreement to change Kidd's termination to a suspension after 68 days had Craig's signature forged on the document.

The incident in 2014 allegedly was caught on body camera video and showed Kidd standing by while a female DPD officer was being assaulted. It's not clear his rank at the time.

In June of last year, Kidd was promoted to sergeant, due to union rules that made him be put on the promotion list.

Craig said on Monday the sergeant was called to the scene on Nov. 20 on Detroit's west side. It's unclear at what time the supervisor was called, but the chief tells 7 Action News that the sergeant did not respond immediately to the scene although he was in the area at the time.

"Cpl. McClain did request a supervisor," Craig said at a vigil held Monday for the slain officer at the department's 12th Precinct. "A supervisor was assigned. As we did our investigation we determined allegedly he did not go to the scene when this shooting incident happened..We are aware and saw video that supports he did not go to the scene. A grave concern for me and my team, so much so that we opened an investigation and he is currently suspended."

According to Craig, video from Kidd showed him talking to a younger officer when four or five other officers running in another direction possibly toward where the suspect wasa hiding.

"They must know something we don't know. We should get cover," Kidd allegedly said, according to the chief.

"I know, at no time, where I have seen this kind of neglect, some could infer from my statements, some cowardice," Craig said during the press conference.

The suspension is pending an investigation. No further details have been released regarding the suspension.

According to Craig, he has received a number of contacts in the department that are angry, frustrated, and want him fired.

"We will be moving very quickly to address this case," Craig said of Kidd's act.

McClain and his partner, Phillippe Batoum-Bisse, were responding to a call the evening of Nov. 20 when a suspect fired shots, injuring Batoum-Bisse and killing McClain. The suspect in this murder is also connected to at least three other shootings in the previous two weeks, police say

During the press conference, Craig also praised several other supervisors who played a critical role in the shooting. Two from the 10th precinct and, one from the 11th precinct, a 40-year veteran, and another from the 12th precinct.

According to Craig, there have been conversations with the Wayne County Prosecutor's Office about possible charges for Kidd. Craig also said he may appear in front of the board to try and change Kidd's suspension to one without pay.

Kidd's attorney, released the following statement: "We believe the characterization of Sergeant Kidd's character to be inaccurate and defamatory - particularly in light of his twenty-one years of service to the City of Detroit and before that to our country as a United States Marine - it would be inappropriate to say any more at this time."