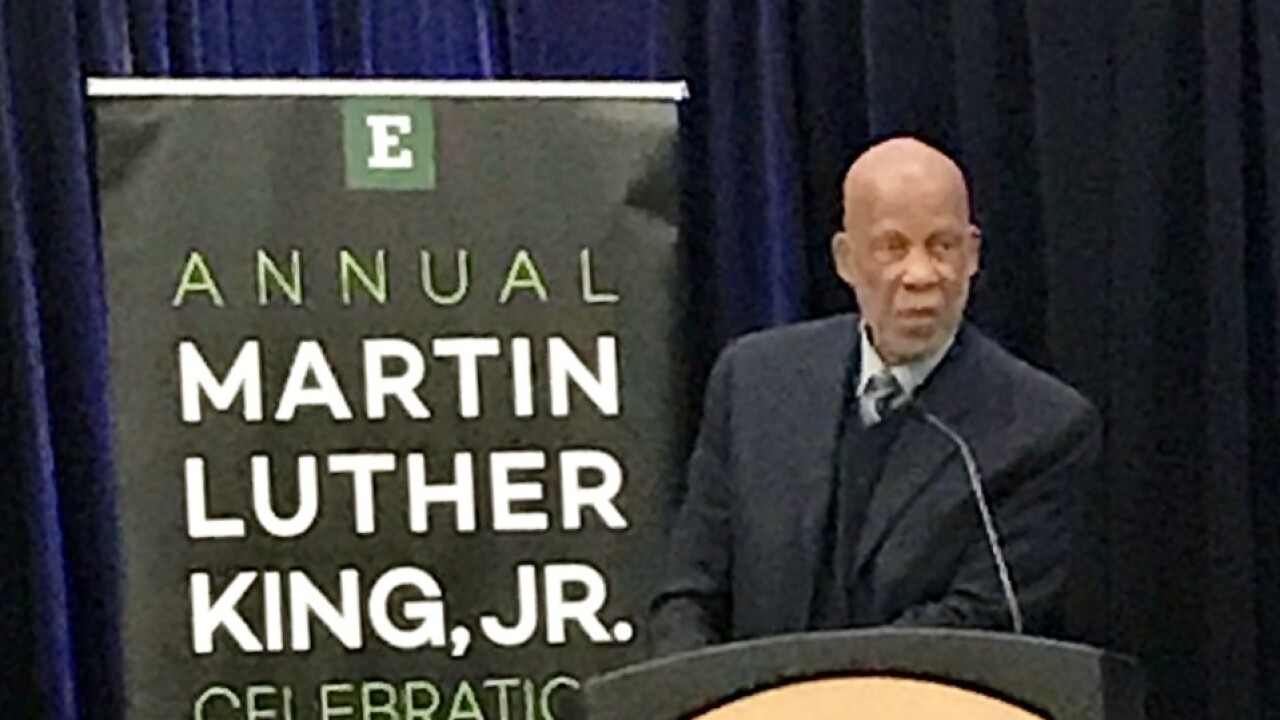 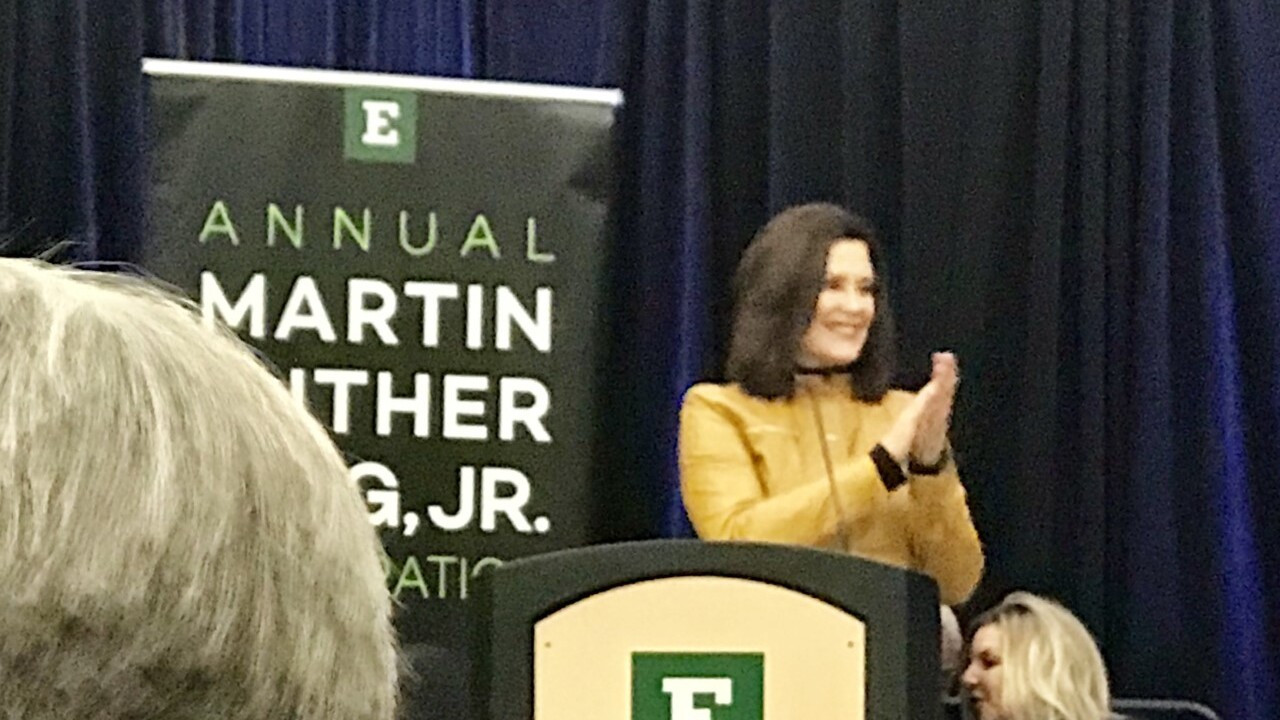 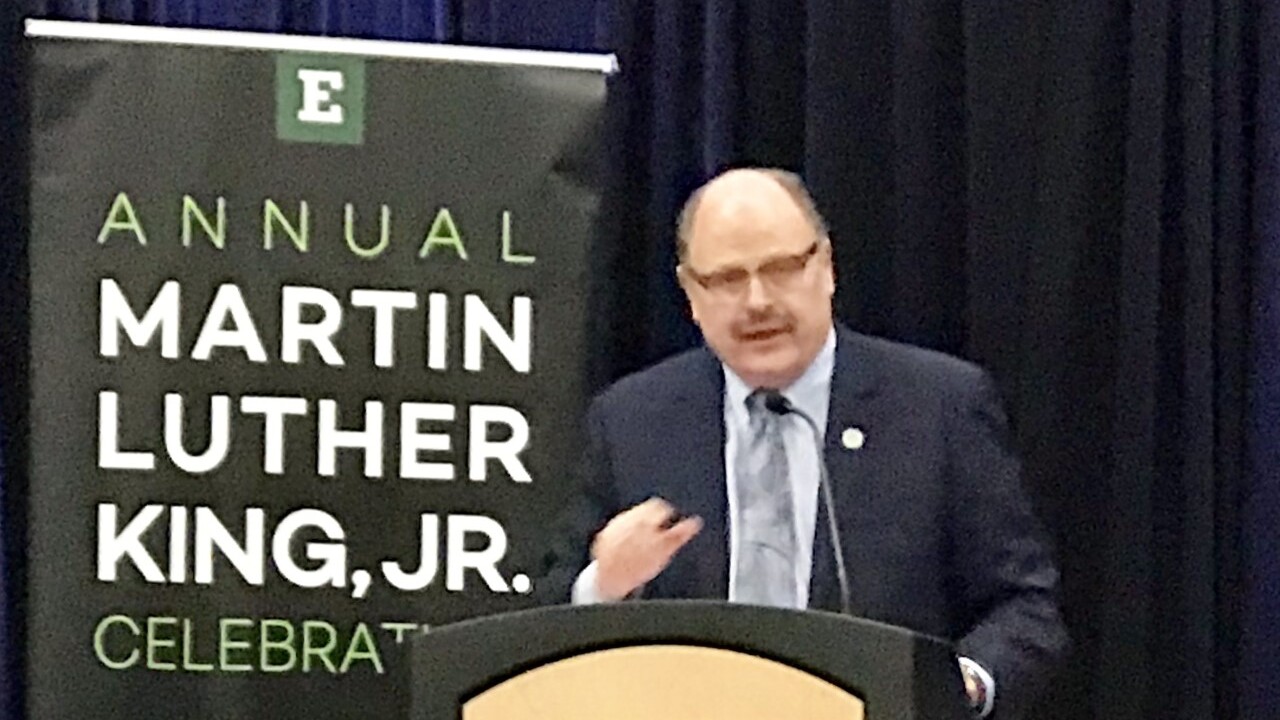 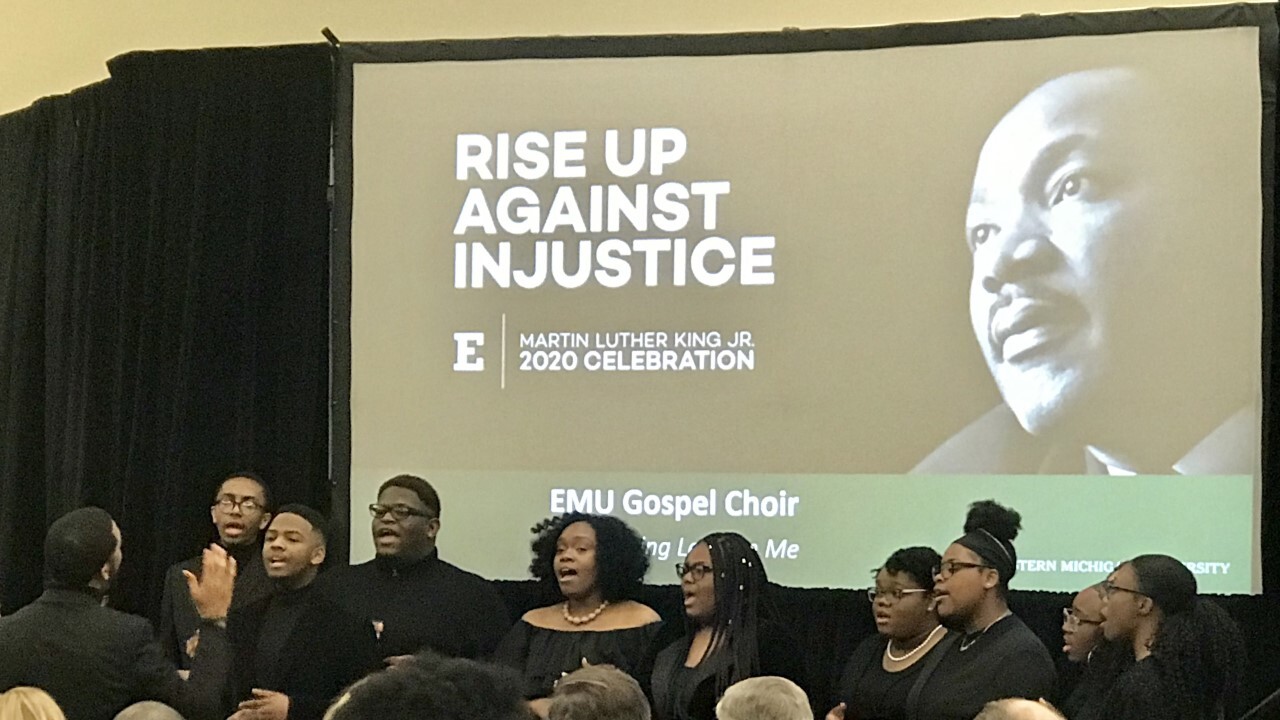 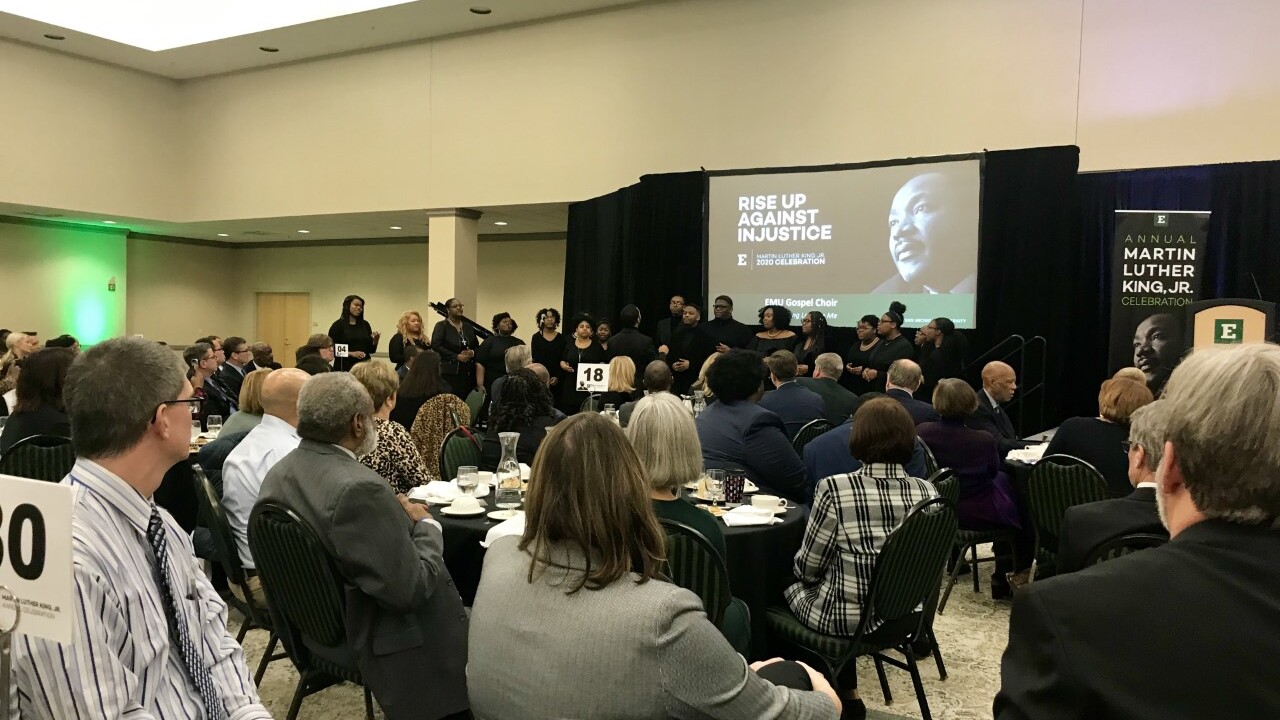 YPSILANTI, MI — More than 50 years after the Rev. Dr. Martin Luther King Jr. was assassinated, his message of love and non-violence to overcome injustice in our society is still being celebrated in force every January. In honor of the civil rights legend's birthday, more than 400 people today packed into the Student Center Ballroom at Eastern Michigan University for the annual President's Luncheon.

Thanks to an invitation from Walter Kraft, EMU's Vice President for Communication's (and a former Channel 7 News Director), I had the pleasure of watching an outstanding MLK Day program. The keynote speaker, Dr. Terrence J. Roberts, Ph.D., and one of the "Little Rock Nine" who helped desegregate Arkansas' historic Central High School, put the ceremony in proper perspective. He told the crowd, "Education is the one thing that separates people" and that the "universe is not complete on any given day until you make your contribution."

The luncheon also included two student awards and the MLK Humanitarium Award Award presented to Michigan Governor Gretchen Whitmer by EMU President Dr. James Smith and Vicki Reaume, VP & Secretary of the Board of Regents, and Interim VP of Government Relations. The afternoon ended with a standing ovation for the EMU Gospel Choir.

Dr. King would have been proud of this Eastern Michigan University educational salute in his memory!