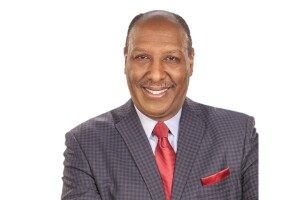 Chuck Stokes joined WXYZ in 1981. Additionally, he serves as moderator and producer of "Spotlight On The News," Detroit's longest-running weekly news and public affairs show. His in-depth interviews have included a host of prominent politicians, entertainers, religious and business leaders.

Stokes' extensive knowledge of a wide range of topics led him to South Africa to produce a prime time documentary and a 10-part news series examining Africa's apartheid system. He has served as the co-executive producer of two 60-minute national Town Meetings featuring Democratic candidate and subsequently President Bill Clinton.

Before he became Channel 7’s editorial/public affairs director, Stokes worked as the station's executive producer of special projects in news. Under his direction, the department earned numerous awards and citations.

Before joining WXYZ-TV, Stokes worked at WTVF-TV in Nashville, Tennessee, as a producer and on-air reporter. Prior to that, he was a sports writer for the Washington Post.

Stokes has accumulated a long list of personal awards and achievements including 12 Emmys for editorial reporting and one Emmy for documentary reporting. In 2001, he received the "The Lifetime Achievement Award" from the Detroit Chapter of the Society of Professional Journalists. Stokes is a past president of both the National Conference of Editorial Writers and its Foundation. He is also a graduate of Leadership Detroit and the E.W. Scripps Co. Leadership Institute.

Stokes is a graduate of Morehouse College in Atlanta, and holds a master's degree from Columbia University's Graduate School of Journalism.

A native of Cleveland, Ohio, Stokes is married and has two daughters.

If you have any stories or questions for Chuck email him at cstokes@wxyz.com.