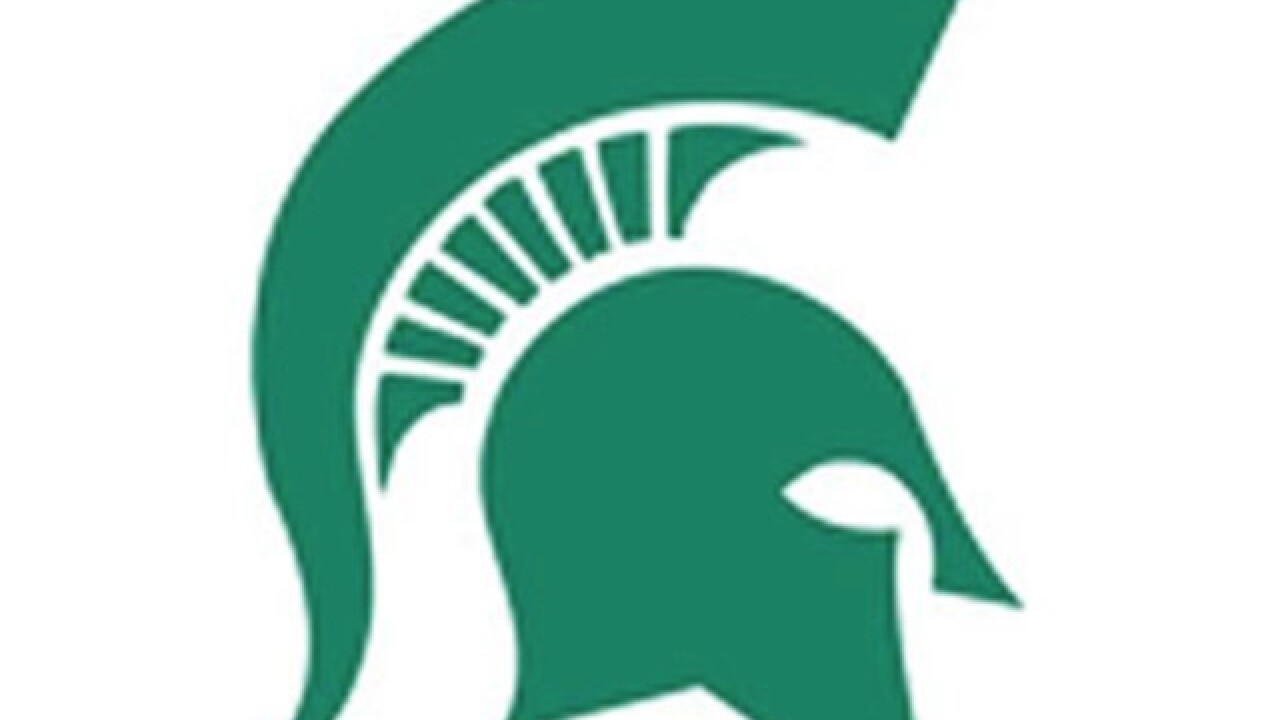 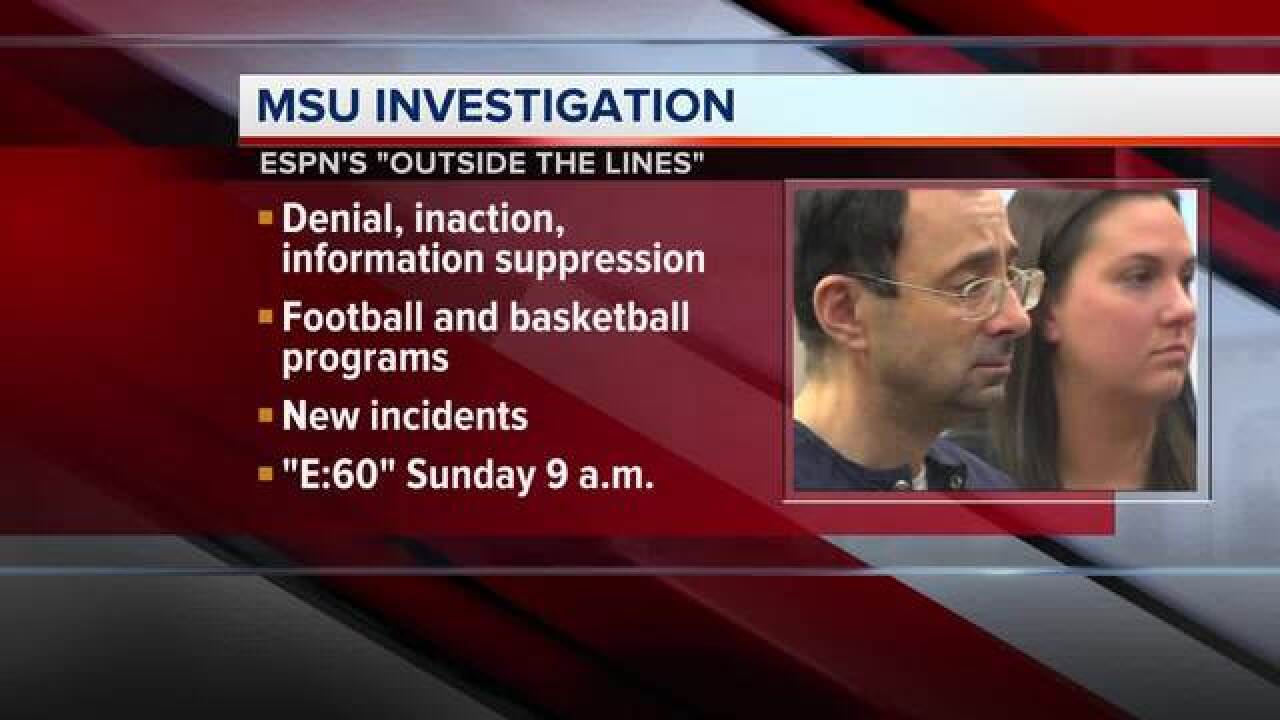 ESPN is reporting an investigation conducted by the staff of their Outside the Lines program has found "a pattern of widespread denial, inaction and information suppression of" "sexual assault, violence, and gender discrimination" "allegations by officials ranging from campus police to the Spartan athletic department."

The program reports that the "actions go well beyond the highly publicized case of former MSU athletic physician Larry Nassar."

Nassar was sentenced this week to decades in prison after a sentencing hearing, during which dozens of women spoke, giving victim impact statements about how Nassar assaulted them. Many of them also spoke about how they felt the school did not do all they could to have protected them from Nassar.

Outside the Lines is also reporting that they've uncovered "never-before-publicized reports of sexual or violent incidents involving members of Izzo's storied basketball program" that includes "one report made against a former undergraduate student-assistant coach who was allowed to continue coaching after he had been criminally charged for punching a female MSU student in the face at a bar in 2010. ESPN is also reporting that same assistant coach was later accused of sexually assaulting another female student.

CLICK HERE TO READ THE FULL OUTSIDE THE LINES REPORT

MSU released the following statement about the ESPN report:

We are not going to comment on the content of the ESPN story. But as our Board of Trustees said earlier today, we acknowledge that there have been failures at MSU, not only in our processes and operations, but in our culture, and will take all necessary steps to begin a new day and change the environment at the university. The Board has initiated a process to bring in an independent third-party to perform a top-to-bottom review of all our processes relating to health and safety, in every area of the University, and to provide recommendations on actions that we will implement to change the culture of MSU on this important issue.

Watch his news conference below:

During this extremely difficult and challenging time for our community, I would first like to express our deepest sympathies, and my deepest sympathies to the courageous survivors of Larry Nassar’s abuse. It was absolutely heartbreaking to hear their stories and the pain and suffering they went through and we are only in the beginning of the stages of the healing process for the community and, even more importantly, for the survivors and their families.

I have received many questions and inquiries about today’s reports. I’m here tonight to say that any accusations of my handling of any complaints of sexual assault individually are completely false. Every incident reported in that article was documented either by the police or by the Michigan State Title IX office. I’ve always worked with the proper authorities when dealing with the cases of sexual assault.

We also always tackled problems here head on and dealt with issues. When we find out about the problems, it has come from the police or the university authorities. I can assure you, as in last year’s incidents, I also, immediately, reported them to the proper authorities.

Dantonio also said he would not resign, and was there to “look the people” who instigated the reports “in the eye.”

Watch his news conference below:

Izzo also said he was not set to retire.