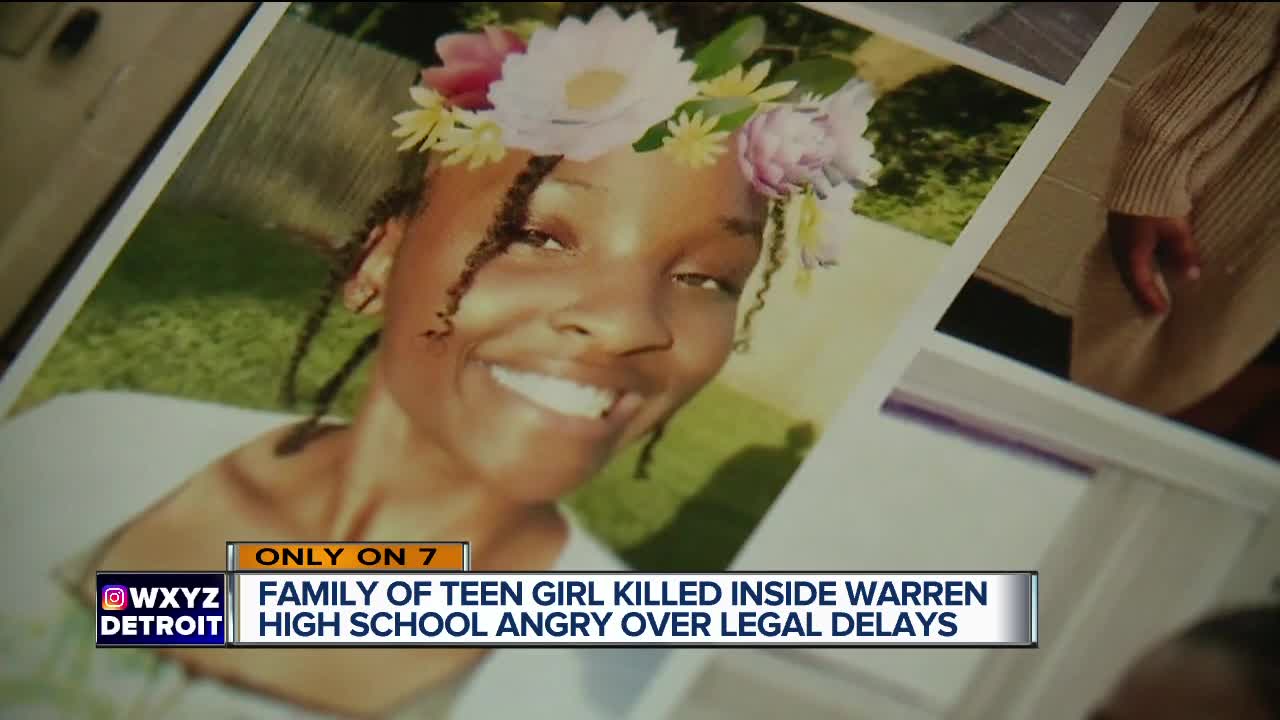 The family of a teenage girl who was stabbed to death inside Warren Fitzgerald High School is sharing their anger after the trial has been delayed over and over.

WARREN, Mich. (WXYZ) — The family of a teenage girl who was stabbed to death inside Warren Fitzgerald High School is sharing their anger after the trial has been delayed over and over.

It was September 2018 when Danyna Gibson was stabbed to death by her classmate inside the high school. Tanaya Lewis, the suspect, was charged.

Prosecutors say Tanaya stabbed Gibson because she was angry about her talking with Tanaya's ex boyfriend.

As she faces charges of first degree premeditated murder, Lewis' attorney has continued to seek a second opinion after state-appointed psychologist determined she was sane to stand trial.

Delays in the defense getting a report back from a different psychiatrist have pushed the trial date back from Oct. 22, 2019, to May 5, 2020.

“Every time we go to court and find out it’s adjourned, its another knife in the heart. We have been denied justice for too long," Danyna's aunt, Vernita Johnson, told 7 Action News.

The Macomb County Prosecutor said he also shares in the frustration of the family over the amount of time it's taking to actually get this case to trial.

Prosecutor Eric Smith said his team is eager to give the family the justice they deserve. In the meantime, the defense attorney is still seeking an opinion his client was not sane at the time, despite her allegedly making the decision to bring a knife to school.

Lewis currently faces life without parole if convicted. We have reached out to the judge and the defense attorney in the case, but neither has commented.