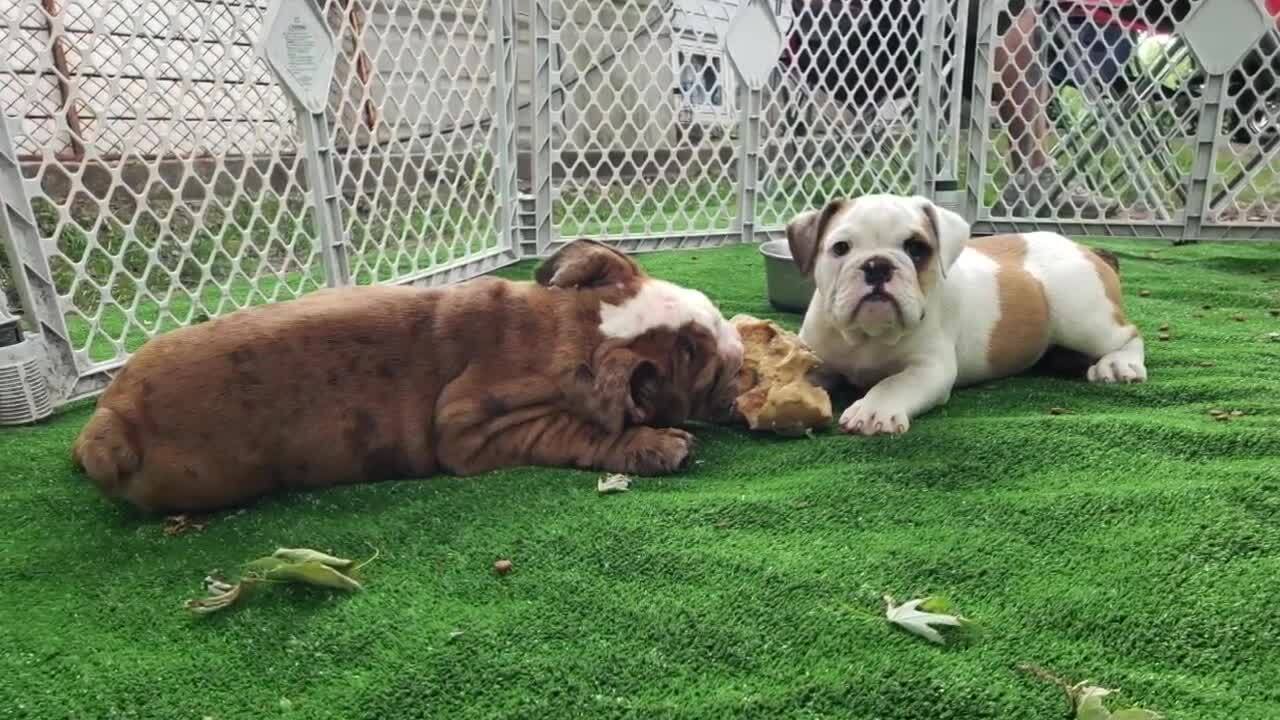 NOVI, Mich. (WXYZ) — A Lansing family has been reunited with their puppies after the English Bulldogs were stolen from them at gunpoint at Twelve Oaks Mall Friday.

Owners Frank and Dezarae posted to social media on Sunday, July 26 that their puppies had been returned to them.

The family had arranged to meet with a potential buyer at a Twelve Oaks Mall parking lot last week.

When they arrived around 6 p.m. Friday, the buyer called and said he was just checking out inside JCPenneys, could his kids come take a look at the puppies while he finished up.

Then what appeared to be two teens approached, and Desiree showed them the puppies.

Then a third person snuck up behind Frank, who says he heard the gun cocked and felt it against his head.

They took the puppies and ran, hopping into a getaway car driven by a fourth person.