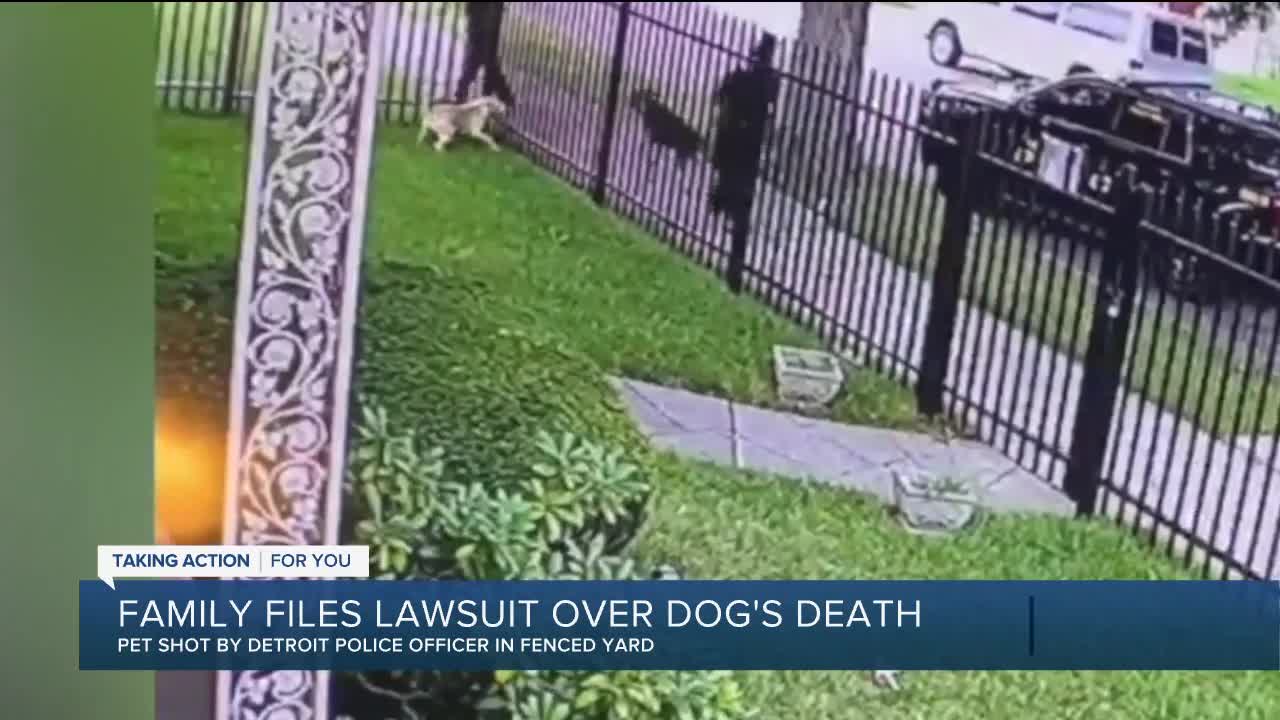 A woman has filed a lawsuit against the City of Detroit and a Detroit Police officer after the officer allegedly shot and killed her dog on Aug. 3. 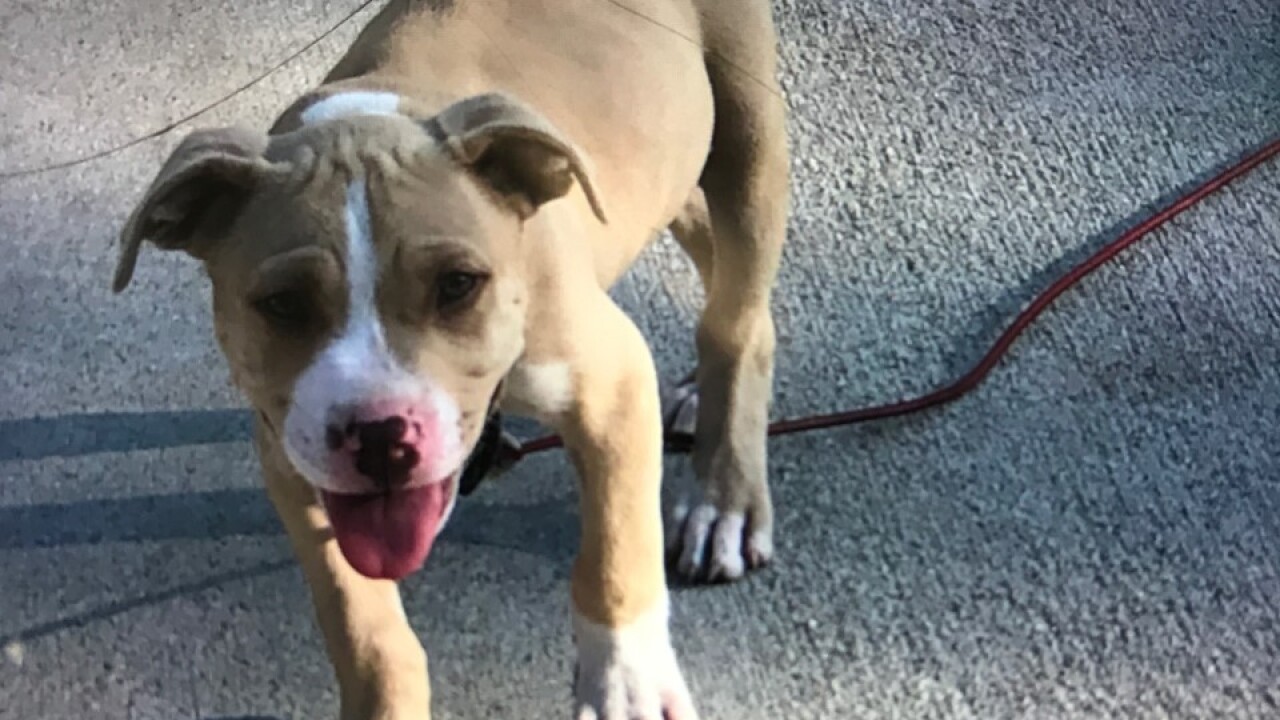 DETROIT (WXYZ) — "Chino was my protection," said Rosemary White about her family's 14-month-old pit bull that was fatally shot by a Detroit Police officer earlier this month in a controversial case that grabbed headlines around the country because the dog was in a fenced yard.

Police said about 600 threats have been made against their officer as a result of the shooting.

According to police, the wrought iron fence is improper for a front yard because the spaces between the posts are too wide and could allow a dog's head to get through it and cause harm to someone or another dog being walked on the sidewalk with its owner.

But the family and their attorney Jonathan Marko said that is not what happened.

"To blame the victim is absurd in this case," said Marko who has filed a lawsuit against the City of Detroit and the police officer who fatally shot Chino.

The incident took place on August 3 on Detroit's east side not long after police arrested a suspect who was reportedly wanted in connection to a theft at a dollar store.

The suspect did not have any connection to the White family but police were searching yards in the area for a gun that they believed the suspect discarded.

And here's where the accounts by police and the White family are different.

Detroit Police officials said that the family's dog was loose in the yard and they told someone at the house to put the dog inside the home while they searched the yard.

But according to Rosemary White, her dog Chino was already secure in his kennel in the backyard when an officer asked her 18-year-old daughter to move their dog from a secured, outdoor kennel and into the house.

White said she and her husband were not home at the time.

White said her daughter did as officers instructed and let Chino out of his kennel and he began running around the yard and to the front of the house as he usually does when he gets out of his kennel. Their dog was still behind wrought iron fencing.

Home surveillance video shows the officer and her K9 partner, a German Shepherd, walking along the sidewalk when Chino and the police appear to sniff each other at the fence.

The officer continues to walk down the sidewalk when her K9 gets close to the fence again where Chino is also running alongside.

But, this time, the German Shepherd may have put its snout through the space between the posts or close enough that White's pit bull was able to grab onto its snout.

Police said it's unclear if their K9's snout actually went past the gate-line or if the family's dog put his head through the space.

The fence is situated in the front lawn and sits about 12 to 14 inches back from the sidewalk.

Marko said the video shows that the officer did not have control of her K9 partner. "What do you expect a dog to do when you go on its property," he said.

Last week, police officials said the officer was within her right to fatally shoot Chino but that the incident was still being reviewed.

According to police, the officer was unable to pull her dog away because the pit bull had a grip on its snout.

"She had no other choice," said Detroit Police Commander Darin Szilagy. "She deployed her department issued weapon and fired one shot, dispatching this animal to protect her K9 partner."

Rosemary White said police did not give her daughter the chance to secure their dog inside the house.

On the surveillance video, you can see the teen walking to the front of the house when she suddenly stops and appears shaken. There is no audio but that is when the family said the teen heard the shot and saw their dog go down.

"There was no mace. No baton. No pepper spray. It was almost too cruel the way it was done," said Marko. "They could have given them a couple minutes to take the dog inside. There was no emergency. No exigent circumstances."

Right now, the police dog is continuing to heal at home with the officer. No determination has been made on whether the dog will be allowed to return to service.