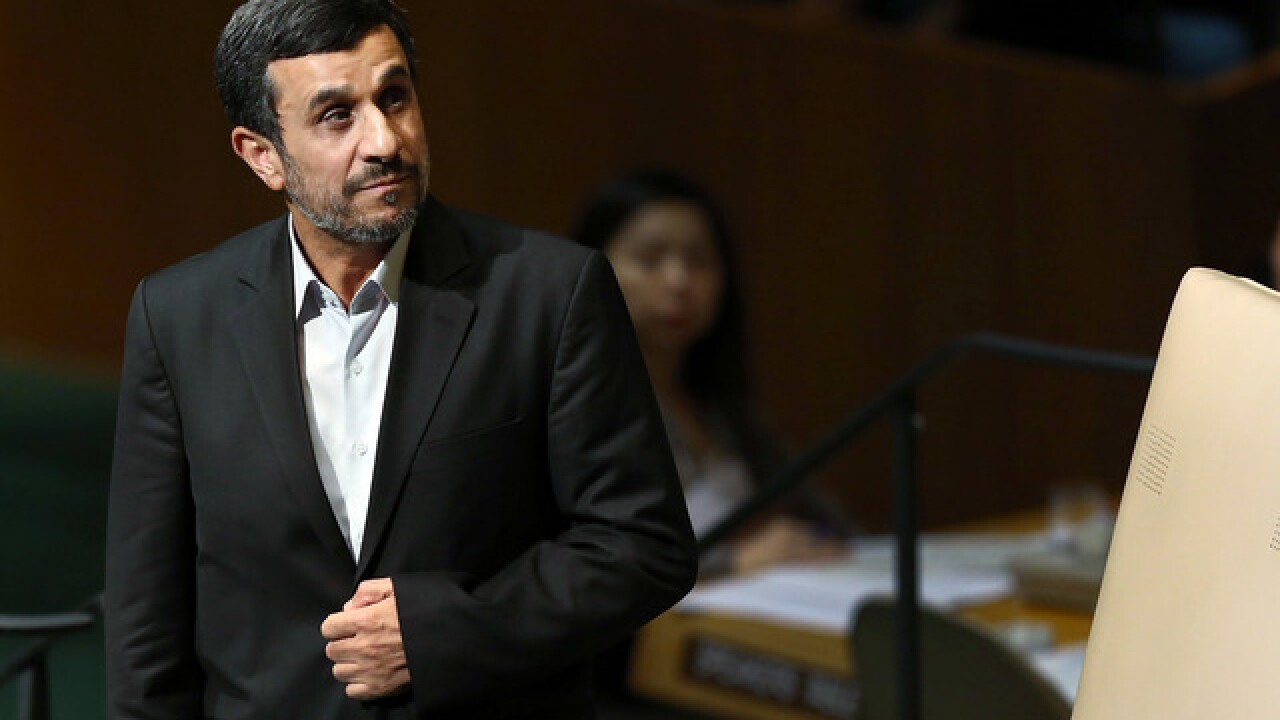 Image copyright 2012 Getty Images. All rights reserved. This material may not be published, broadcast, rewritten, or redistributed.
Spencer Platt
<p>NEW YORK, NY - SEPTEMBER 26: Iranian President Mahmoud Ahmadinejad walks to the podium for his address to world leaders at the United Nations General Assembly on September 26, 2012 in New York City. Over 120 prime ministers, presidents and monarchs are gathering this week at the U.N. for the annual meeting. This year's focus among leaders will be the ongoing fighting in Syria, which is beginning to threaten regional stability. (Photo by Spencer Platt/Getty Images)</p>

Former Iranian President Mahmoud Ahmadinejad has been tweeting often recently, and one of those tweets included some support for the University of Michigan football team.

In response to a tweet from a man in Ann Arbor talking about how Michigan was 8-8 in its last 16 games under Jim Harbaugh, Ahmadinejad said, "With a hard work ethic Inshallah the U of M will return to its glory days."

We have much bigger problems here. #Michigan is 8-8 in its last 16 games under @CoachJim4UM . #GoBlue

Also, college football is the only authentic football.

With a hard work ethic Inshallah the U of M will return to its glory days.

Ahmadinejad served as president of Iran from 2005-2013. A definition of Inshallah from Merriam-Webster says it means "if Allah wills" or "god willing."