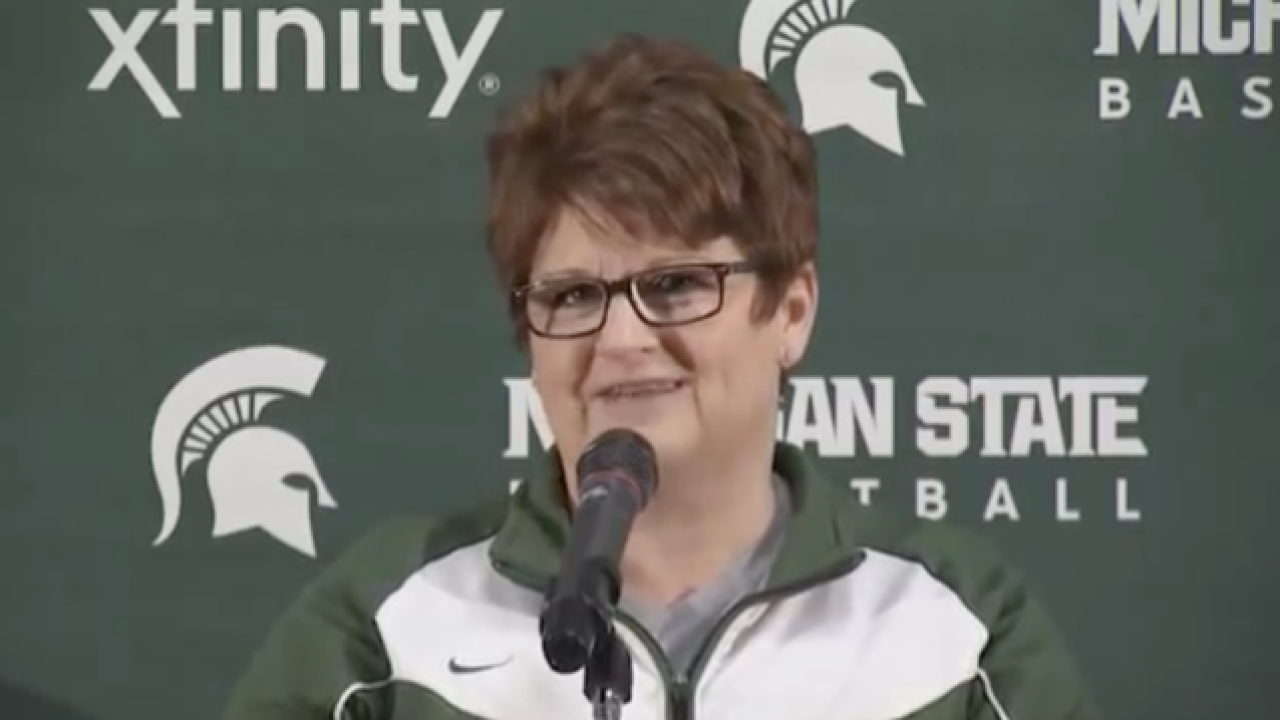 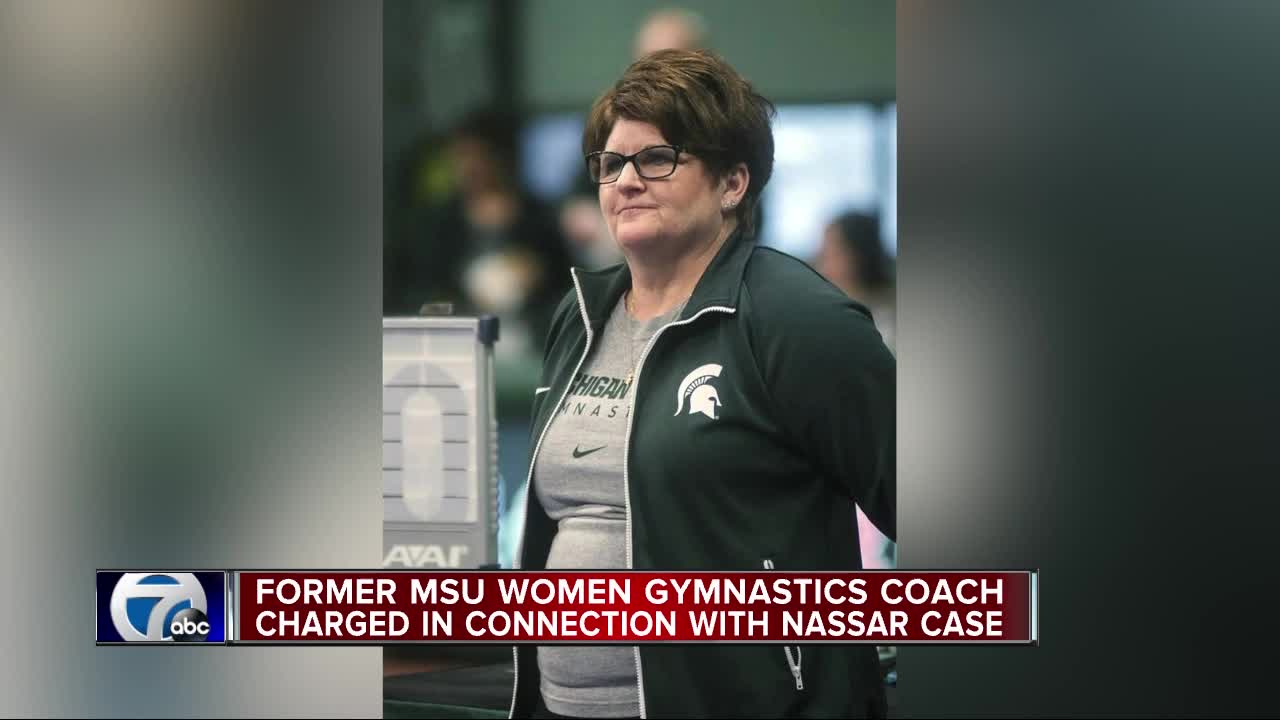 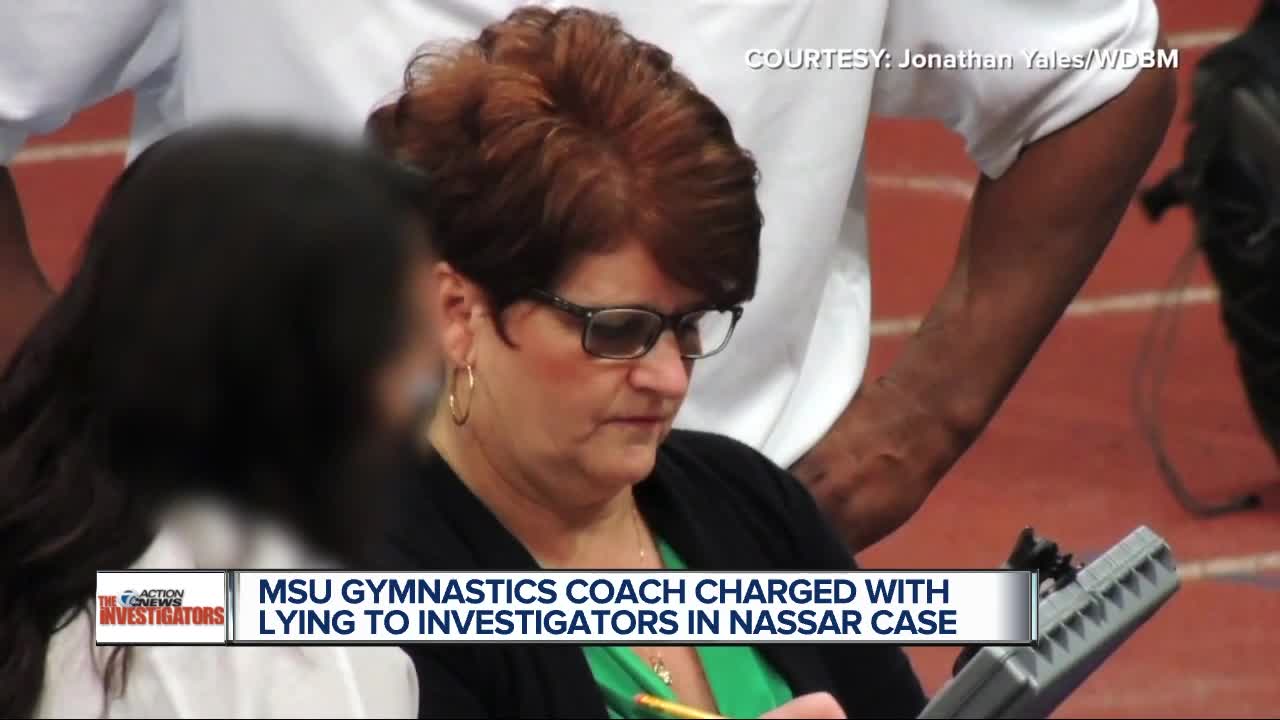 Kathie Klages, the former coach for Michigan State University Gymnastics, has been charged with two counts of lying to a peace officer for her alleged role in the Larry Nassar scandal.

According to the special counsel, Klages denied to Michigan State Police detectives that she had been told about Nassar's sexual misconduct before 2016. That statement came during the investigation into how Nassar as able to sexually assault hundreds of individuals on and off MSU's campus.

According to witnesses and Nassar survivors, they reported Nassar's sexual abuse to Klages dating back more than 20 years.

After talking to other gymnasts, Boyce said she felt ashamed for even bringing it up. She saw Nassar not long after.

“He sat me down and said 'I talked to Kathie, she told me about the conversation.' And I remember saying, ‘I’m sorry, it was a total misunderstanding, I was misreading. I’m sorry,’ ” Boyce said.

“So you apologized to him?” asked Channel 7’s Ross Jones.

There’s no evidence that Boyce’s 1997 complaint led to any discipline for Nassar.

Klages retired from Michigan State in 2017 and the charges are for both a felony and a misdemeanor, and the felony charge is punishable by up to four years in prison.

The prosecution will be handled by the Michigan Attorney Generals Office and Chief Deputy Laura Moody.