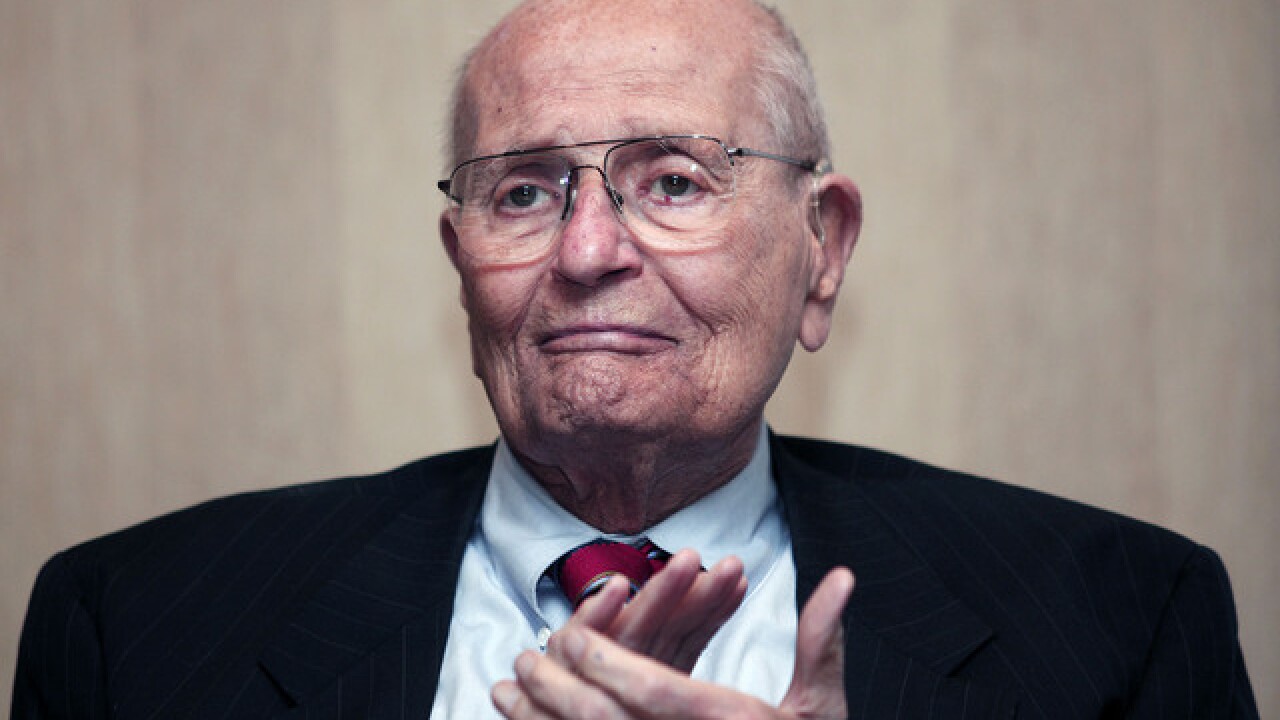 Former Rep. John Dingell has come up with a way he believes will fix Congress in the United States: Abolishing the Senate.

In an article he wrote for The Atlantic, Dingell, the longest-serving member of Congress in American history, set out several ways that Congress can gain Americans' trust back. According to the article, 73 percent of people trusted the federal government during in 1958 and just 18 percent trust it now.

According to Dingell, there are many reasons for it, including the Vietnam War, Watergate, the Iraq War and "the Trumpist mind-set.

"These jackasses who see 'deep state' conspiracies in every part of government are a minority of a minority, yet they are now the weakest link in the chain of more than three centuries of our American republic," Dingell continued.

The first suggestion he has for restoring the trust is "an electoral system based on full participation." That means people would be automatically registered to vote when they turn 18. No ID, no residency tests and no impediments, saying modern technology can help.

"Yes, voting should be restricted to only American citizens. Strict protections against foreign meddling are also necessary," he added.

Next, Dingell said to eliminate money in campaigns and instead make them publicly-funded.

"Public service should not be a commodity, and elected officials should not have to rent themselves out to the highest bidder in order to get into (or stay in) office," he writes. "If you want to restore trust in government, remove the price tag."

Dingell then makes what might be the biggest change, abolish the U.S. Senate. He mentions how the Great Compromise which created the current U.S. legislative structure in 1787 came from a system when there were just 4 million Americans.

"Today, in a nation of more than 325 million and 37 additional states, not only is that structure antiquated, it's downright dangerous," he wrote.

"These sparsely populated, usually conservative states can block legislation supported by a majority of the American people. That's just plain crazy," he added.

On top of that, Dingell also discusses the Electoral College, mentioning that in 1969 he voted to amend the U.S. Constitution to abolish it.

"There is a solution, however, that could gain immediate popular support: Abolish the Senate. At a minimum, combine the two chambers into one, and the problem will be solved," he wrote. "It will take a national movement, starting at the grassroots level, and will require massive organizing, strategic voting, and strong leadership over the course of a generation. But it has a nice ring to it, doesn't it? 'Abolish the Senate.'"

Finally, Dingell said that protecting an independent free press is essential for Americans to trust the federal government once again. He quotes Thomas Jefferson twice in this part of the article and also talks about his father working as a reporter for the Detroit Free Press.

"We cannot restore respect to our institutions of government until we put an end to the systematic attacks on journalism that have become prevalent," he wrote. "The playbook is simple: Lie. Repeat the lie. Then attack the journalists who expose those lies as being liars themselves—or, in modern parlance, 'promoters of fake news.'"

Dingell writes that he is sharing what he has witnessed so future generations will not make the same mistakes, saying his advice always begins with the truth.

He wrote that the 2016 presidential election put the future of the United States in "mortal peril" both because of the conduct and the outcome. "After a lifetime in public service, I never believed the day would come. Yet it has," he wrote.