A futuristic mix of car and plane crashed during a test flight today at Willow Run Airport. The surviving pilot and owner was rushed by ambulance to University of Michigan Medical Center where his condition remains unknown. The incident remains under investigation by the FAA. 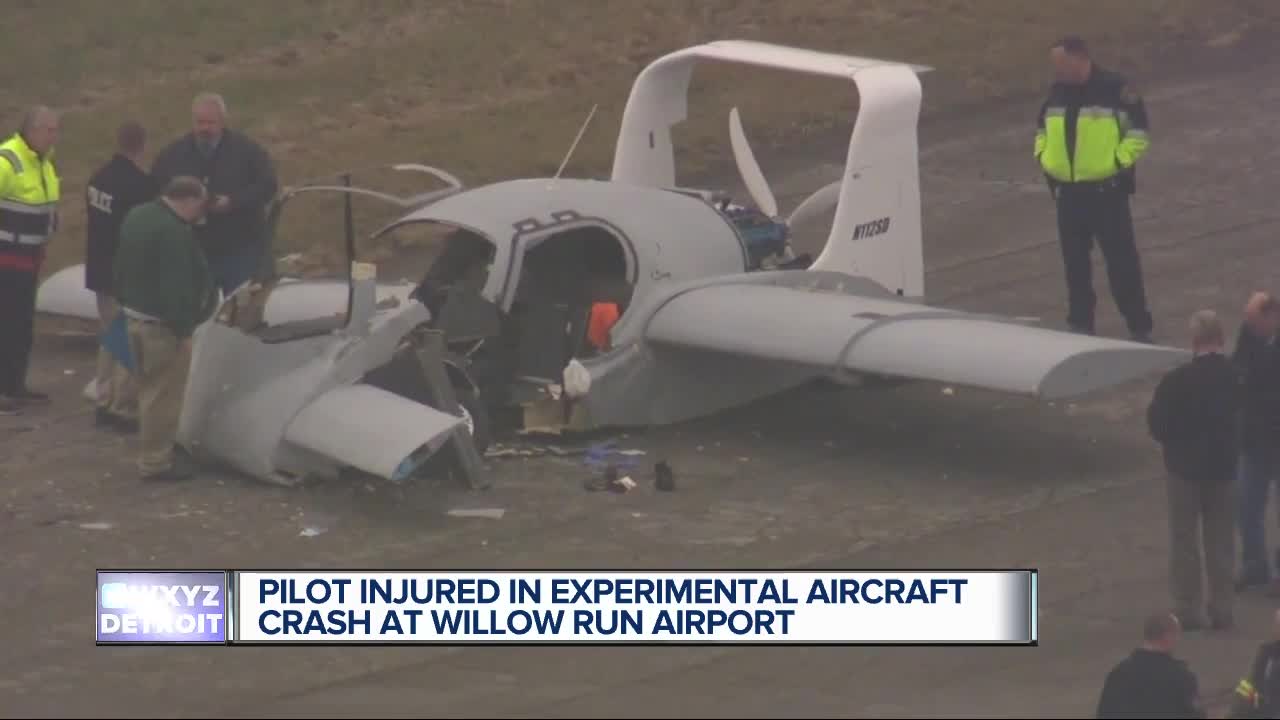 The surviving pilot and owner was rushed by ambulance to University of Michigan Medical Center. He has since been moved to St. Joseph Mercy Hospital in Ann Arbor and listed in stable condition. Doctors say he suffered lacerations to the head.

The incident remains under investigation by the FAA.

Aerial footage showed the experimental aircraft badly damaged just after 1:15 pm Friday. An aircraft spokesperson says the crash occurred when the aircraft accidentally took off during a test run.

The website Detroitflyingcars.com lists Sanjay Dhaal as the founder of the futuristic plane company.

Videos on YouTube also show him explaining his prototype and even testing out a smaller model version.

Dhaal has shared his vision for transportation with other enthusiasts. His family could not be reached for comment.