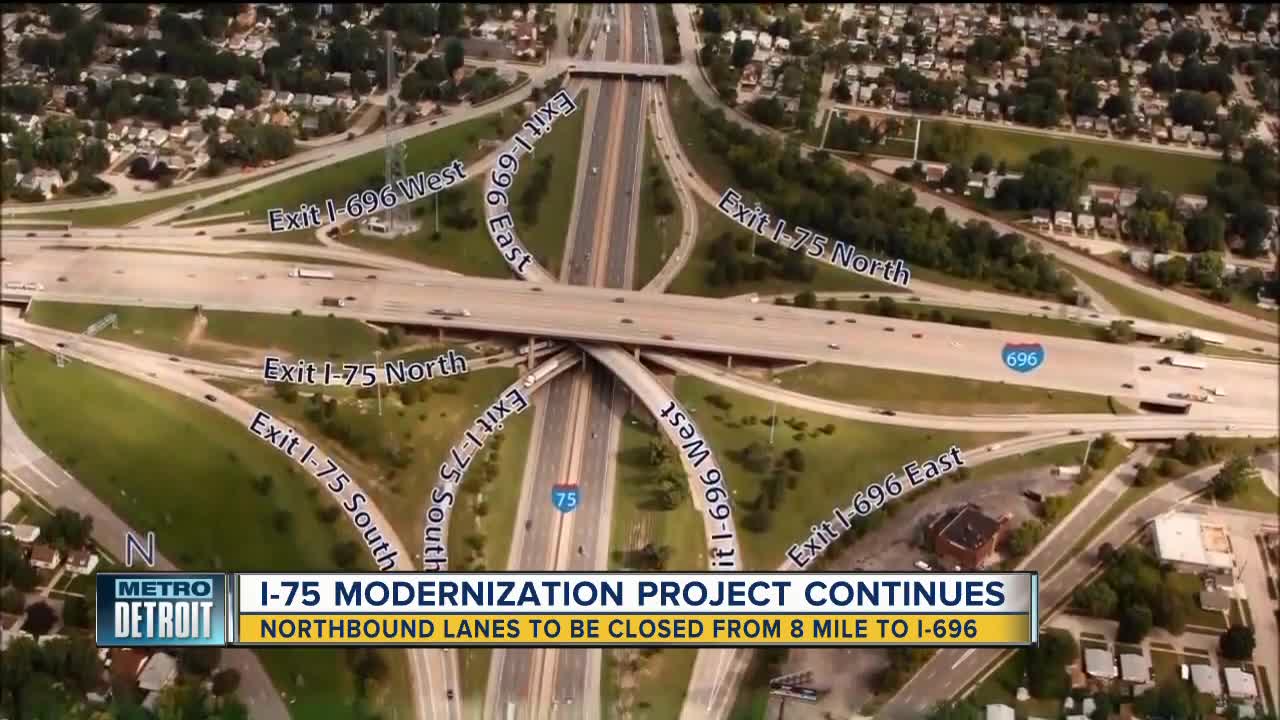 HAZEL PARK, Mich. (WXYZ) — Just when you thought construction season was over, MDOT says they are gearing up to begin again on I-75 and this spring the freeway could be even more slow going than last year.

MDOT held a meeting Thursday night for the public to answer questions the modernization project timeline. Rebuilding an 18-mile stretch in 10 years is ambitious and a bit of a traffic headache, but MDOT says it will be be worth it.

That’s the big headline as the modernization project continues.

Thursday's public meeting filled the community in on the start of phase 3 – the closing of northbound I-75 from 8 mile to I-696.

"There’s really not a viable alt route to I-75, something that can handle freeway traffic."

So all traffic will be shifted to the southbound lanes in March.

But first, bridge demolition. The last weekend of February I-75 will be closed at Meyers, John R and Woodward Heights as the bridges are removed. It will be a noisy weekend but necessary.

"We got a lot of bridges to replace pavement ramps retaining walls, sounds walls, this project runs the gamut."

As segment 3 begins, segment 2 continues but in the southbound lanes.

"Southbound from Coolidge to 13 Mile, and it will mimic what we did last year with two way traffic sharing the new northbound pavement."

Crews plan to finish up construction by November.