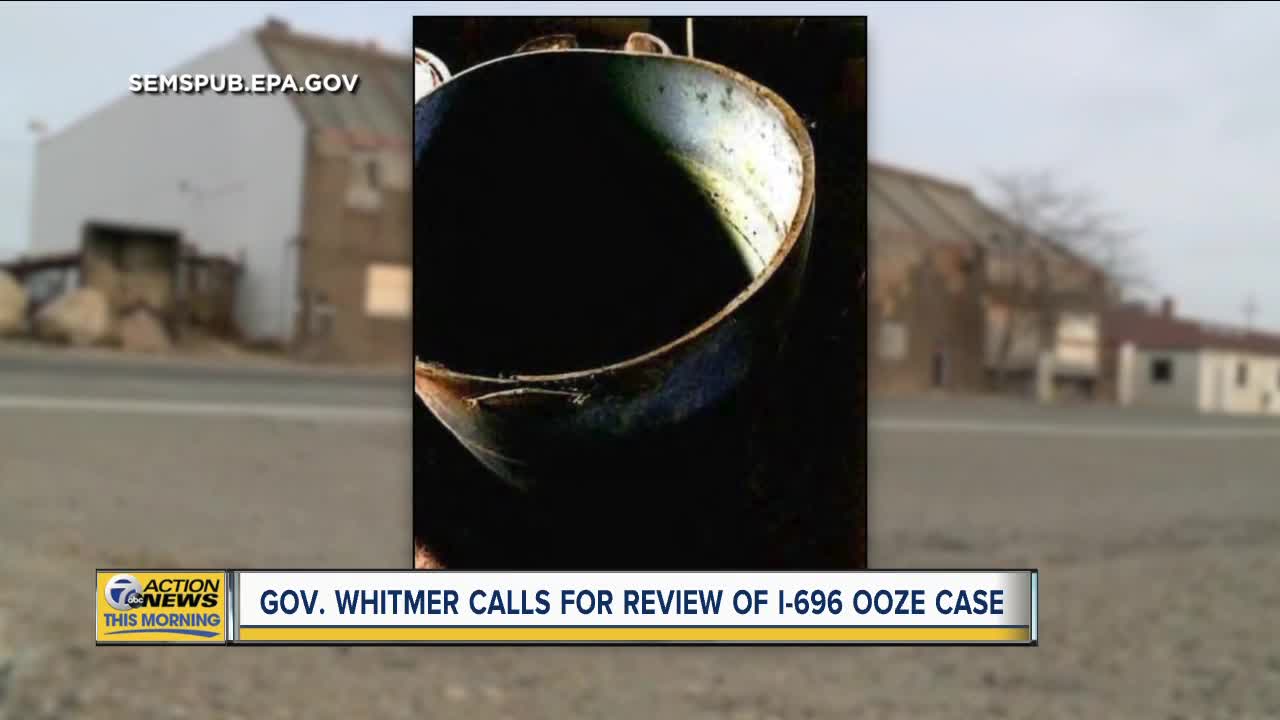 Michigan Governor Gretchen Whitmer says her administration is considering "further criminal charges" against the "polluter" believed to be behind the green ooze that was found leaking onto I-696 approximately 10 days ago.

(WXYZ) — Michigan Governor Gretchen Whitmer says her administration is considering "further criminal charges" against the "polluter" believed to be behind the green ooze that was found leaking onto I-696 approximately 10 days ago.

EGLE (Michigan Department of Environment, Great Lakes, and Energy) says the chemicals seeped out of the basement of the condemned Electro Plating Services on Ten Mile in Madison Heights.

Whitmer also said she has ordered EGLE to review their "pollution inspection procedures."

Since taking office, I've remained committed to protecting public health and safety. The ongoing situation in Madison Heights is very concerning, and further stresses the need to enforce protections that keep Michiganders safe. State experts are on location assisting in the ongoing clean-up efforts. I’m grateful for their vigilant efforts during this holiday season.

My administration is actively reviewing all means of accountability, including further criminal charges against the polluter who caused this mess. Today I also directed EGLE to conduct a formal review of its pollution inspection procedures to strengthen enforcement and accountability.

This situation demonstrates the need for broad reforms to address problems of critical underfunding and understaffing at the department following eight years of one-party control in Lansing. It’s time for Republicans in the legislature to ensure EGLE has the technology and resources it needs to keep the public safe. They should also pass ‘Polluter Pay’ legislation championed by Democrats in the Legislature that will force polluters to clean up the mess they make. Working with federal and local partners, my administration will stay focused on cleaning up contaminated sites sooner, addressing root causes, and holding polluters accountable.

The EPA released preliminary tests to EGLE sent out a press release last weeksaying, “Preliminary test results of soil and water on and near the site of Electro-Plating Services in Madison Heights affirm no risk to drinking water intakes in Lake St. Clair, but high levels of multiple contaminants in the soil and groundwater surrounding the facility. Full data from the testing will be available after a quality control review is complete next week.”

The release went on to say that tests did identify cyanide, hexavalent chromium, chromium and trichloroethylene. These are all hazardous chemicals used in the nearby Electro-Plating facility.