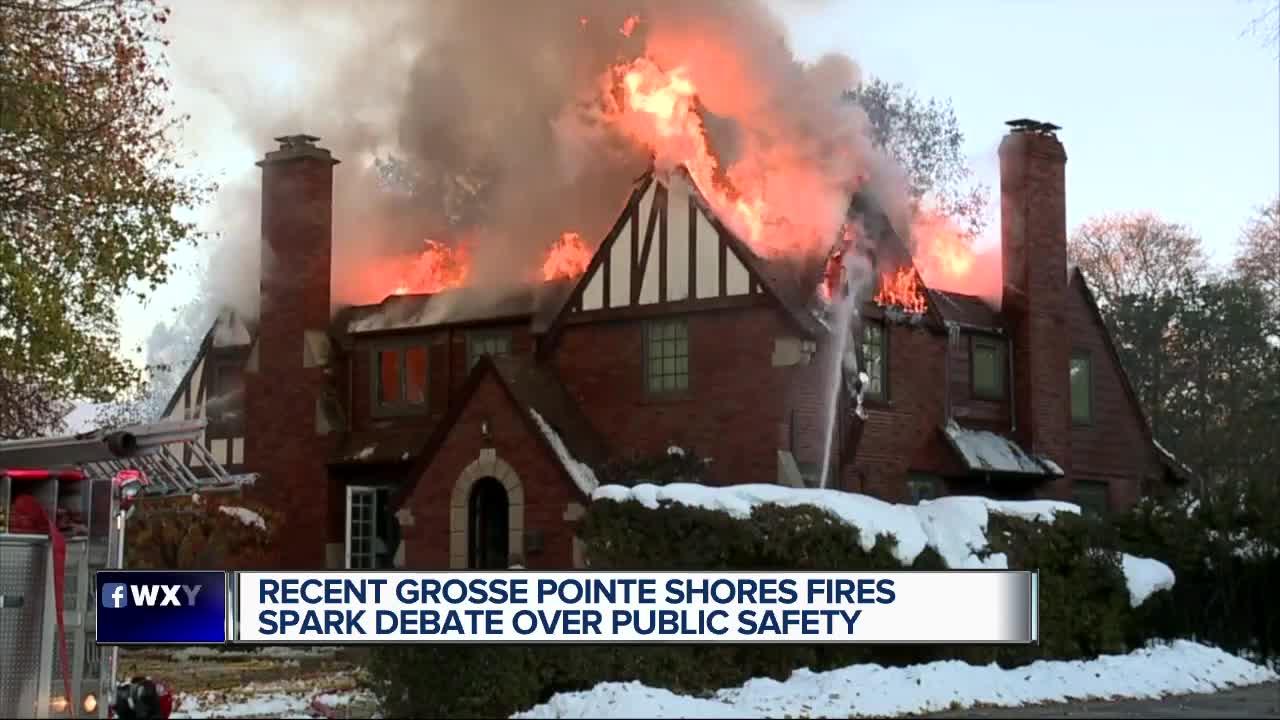 Recent fires at home sin Grosse Pointe Shores are sparking debate over public safety and how fires are fought in that city.

GROSSE POINTE SHORES, Mich. (WXYZ) — Two house fires in Grosse Pointe Shores over the weekend have re-ignited the debate over the time it takes for police and fire officials to respond to an emergency.

One of the homeowners was satisfied with the response time. However, the other said a police officer showed up within 2 minutes after the 911 call, but firefighters arrived about nine minutes later.

A Grosse Pointe Shores public safety officer told 7 Action News that the first responders were delayed because they came from nearby Harper Woods, answering the call for mutual aid.

Last year, the 7 Investigators looked into the use of public safety officers after three house fires side-by-side in the city of Grosse Pointe.

The report showed that dozens of communities in Michigan use the combined public safety officers model. Critics say the effort saves money, but is not as efficient.

After the report, a Facebook page titled "Time for Grosse Pointe to have a fire department" was established.