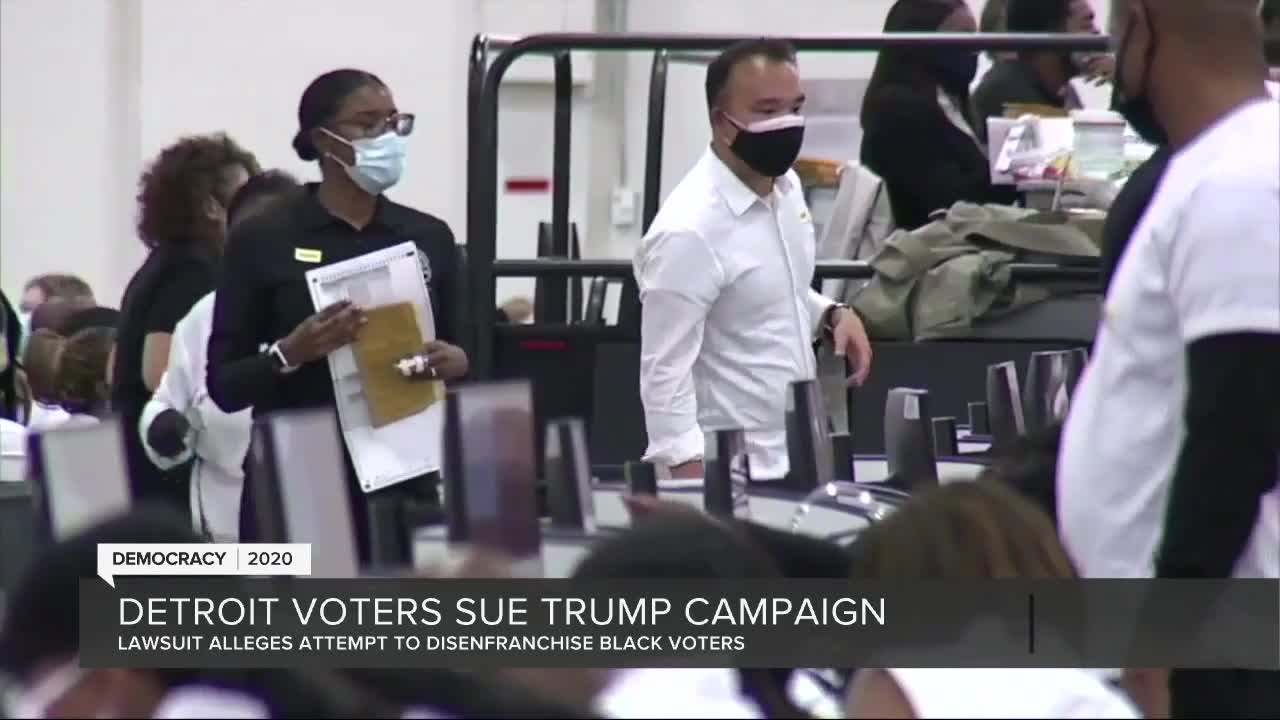 DETROIT (WXYZ) — A group of Black voters in Detroit have announced they are suing President Trump and his campaign, saying the targeted effort to overturn the election repeats one of the “worst abuses in our nation’s history” by attempting to disenfranchise Black voters.

The lawsuit specifically takes issue with the campaign’s effort to overturn the results of the election in Michigan by blocking the certification of results in Wayne County – home to Detroit – and attempting to “intimidate” and “coerce” state and local officials into replacing electors.

“Central to this strategy is disenfranchising voters in predominately Black cities,” the suit alleges. “Repeating false claims of voter fraud, which have been thoroughly debunked, Defendants are pressuring state and local officials in Michigan not to count votes from Wayne County, Michigan (where Detroit is the county seat), and thereby disenfranchise hundreds of thousands of voters.”

At his request, the President met Friday at the White House with lawmakers from Michigan, and made personal calls to two Republican members on the Wayne County Board of Canvassers. The board members then tried to rescind certification of the election results, but the Secretary of State’s office has said that is not permitted.

According to ABC News, the NAACP Legal Defense Fund said it filed the new suit in a D.C. federal court on Friday on behalf of the three voters and the Michigan Welfare Rights Organization. The suit asks a judge to block Trump and his campaign from “continuing to exert pressure” on officials in Michigan, or any other state.

“Defendants’ tactics repeat the worst abuses in our nation’s history, as Black Americans were denied a voice in American democracy for most of the first two centuries of the Republic,” the complaint states. “This is a moment that many of us hoped never to face.”

The President and his allies have for weeks been derisively accusing residents of Detroit and Philadelphia of orchestrating a massive election fraud — a baseless claim for which they have produced no meaningful evidence. The complaint pours through many of those statements, which include tweets and public statements, as evidence of the effort.

“No more,” the lawsuit demands. “The Voting Rights Act of 1965 flatly prohibits Defendants’ efforts to disenfranchise Black people and assault our Republic.”