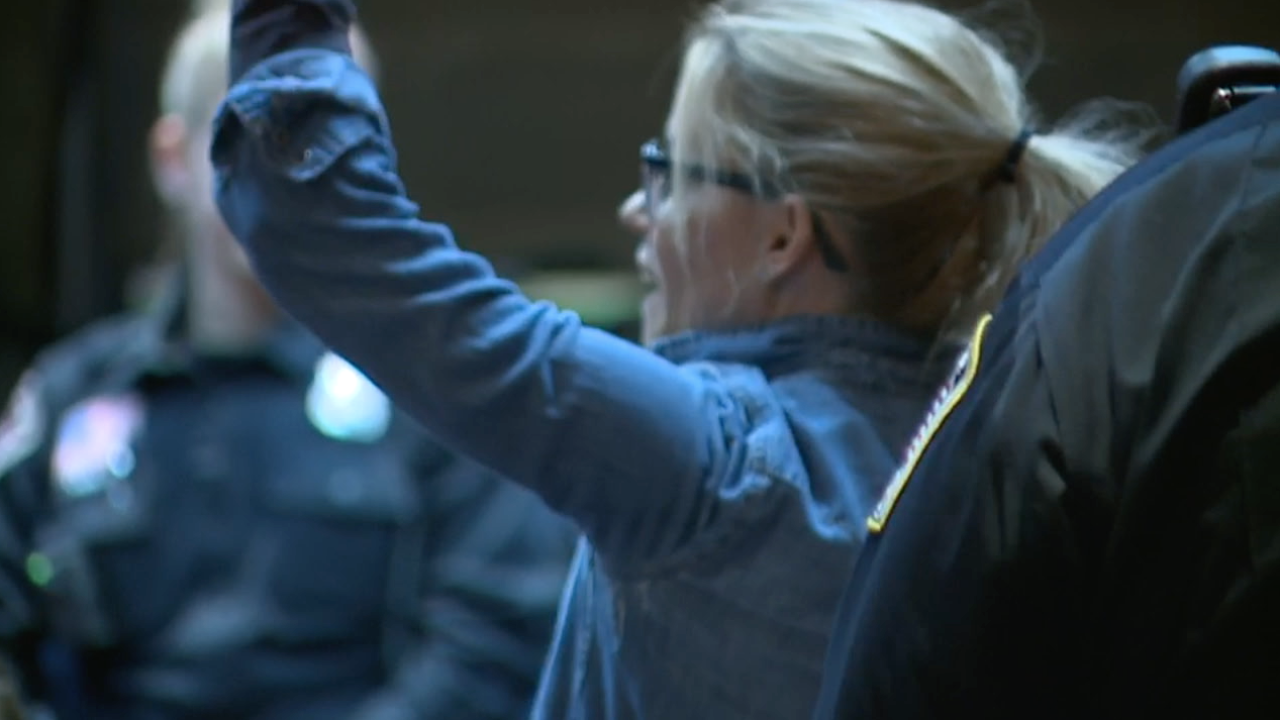 ROSEVILLE, Mich. (WXYZ) — Nicole Curtis, the host of HGTV's "Rehab Addict," was escorted out of a Roseville city council meeting Tuesday for disrupting and speaking out of turn during public comments.

Residents were weighing in on a plan to redevelop the now-closed Sacred Heart Catholic Church, which was one of the oldest parishes in the area.

“If they destroy that, they are destroying us,” local resident Edward Stross told 7 Action News back in January.

Curtis, who is a staunch supporter of preserving the church, spoke out about the planned redevelopment during Tuesday's meeting.

During public comment, Curtis is heard saying, "Mayor, if I could just speak," after another person in the crowd asked the board if there could be a vote for Curtis to speak again on behalf of the community. A male voice from the board is heard saying to Curtis, "ma'am, you're out of order."

Another resident who approached the podium during public comment requested that she be able to give her 3-minutes of talking to Curtis. Another city official responded saying, "we set the rules about how public hearings are handled in the city of Roseville. You can't defer your time to anybody."

At this point, Curtis began to approach the front of the meeting and was then escorted out by a police officer.

"You guys I'm with you. I support you," Curtis is heard saying as she's leaving the meeting. Curtis gives a high-five to one resident as she walks out the door, and a large group of residents follow out behind her.

A developer purchased the Sacred Heard property from the Archdiocese and got city approval to demolish the church and turn it into a storage facility.

The main structure of the church was built in 1950, but the parish has roots dating back to the 1800s.