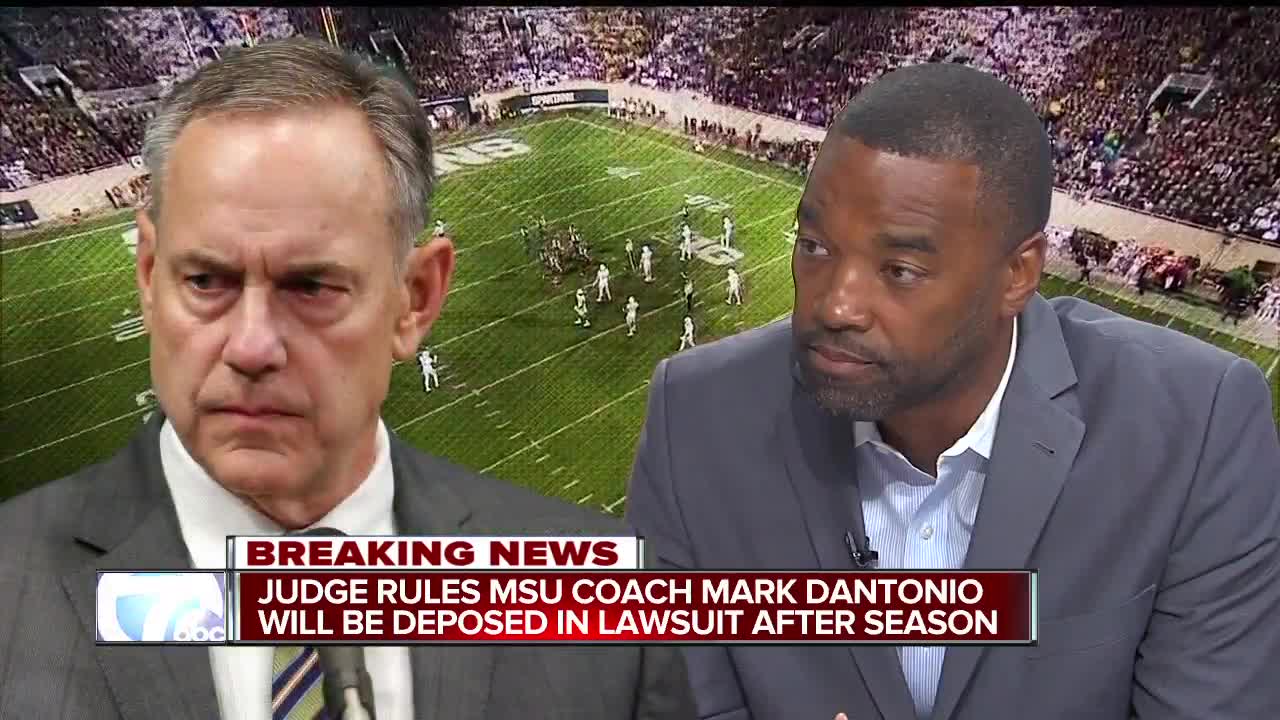 A judge ruled Tuesday that Michigan State University football coach Mark Dantonio must participate in a seven-hour deposition with no questions off-limits.

This comes after the former director of recruiting for MSU, Curtis Blackwell, filed a lawsuit of wrongful termination by the university.

Blackwell confirmed to 7 Action News that at 3 p.m. Tuesday, a judge ordered that his attorney, Thomas Warnicke, would conduct the deposition.

Blackwell told 7 Action News' Carolyn Clifford that Dantonio initially agreed to only do a deposition for a limited amount of time and under a limited scope of topics, mainly relating to Blackwell's firing.

The deposition, according to the judge's ruling, will now be seven hours and there are no limitations on the types of questions asked.

In an interview with Clifford, Blackwell said he was "wrongly accused of covering up for the athletes," "wrongly arrested" with no evidence and fired "to justify and divert attention away from their own actions."

MSU police alleged that Blackwell interfered with their investigation into allegations of sexual assault involving players by not reporting his discussions to police or university officials until police came to him on Feb. 8. Blackwell told Clifford in an interview he was humiliated.

And in recent weeks, details of Blackwell's lawsuit were revealed with Blackwell alleging Dantonio signed a troubled recruit against several coaches' warnings. That recruit was later charged and sentenced up to 10 years in prison for sexual assault.

Dantonio's deposition will not be held until the end of this football season.